Going back in time and
finding some surprises 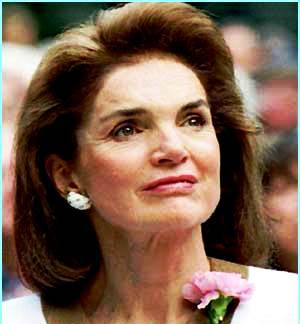 Jackie Kennedy Onassis ... part of the story of Olympic Airways

I began posting on this blog in November 2007, and recently reported how in less than eight years this site has already had more than two million hits.

But when I started this blog, I missed many of my features in The Irish Times and in magazines and other publications.

In recent weeks I have started to recover some old files and photographs for these features, and while I have no plans to go back in time and through history to report many of these, I thought some of them were interesting accounts of my travels and interesting reflections on topics such as cultural diversity and religious pluralism.
In the past week or two, I have started to repost some of these features, but have backdated them to the original date of publications. Some are going to slip under the radar because they are buried in the back files of this blog; others are going to find a handful of accidental readers; and others, I think, are worth posting anyway.

They include accounts of my visits to Mount Athos, Mount Sinai and the Vatican, features on the Jews of Hong Kong and Rhodes, ‘letters’ from Greece, Cyprus, Albania and Venice, book reviews and opinion pieces.

‘Dictionary lifts the lid on Greeks’ is a feature first published in ‘The Irish Times’ on 30 June 1998 as a ‘Letter from Greece’ and looking at the controversy generated by a new Greek dictionary that committed the cardinal error of giving outsiders an insight into how Greeks speak about each other.

The primate of the Greek Orthodox Church, Archbishop Christdoulos of Athens and All Greece, used a disparaging word – “Greekling” – to describe 53 deputies who would prefer not to take their parliamentary oath in the name of God. An unrepentant Archbishop Christdoulos insisted: “I will not keep my keep my mouth shut because I believe that what I have to say is what the people want and need to hear.”

It is one of the words that many people in Greece would have been far happier for Prof George Babiniotis not to use in his New Dictionary of Greek Language.

‘An Irishman’s Diary,’ published in May 2000 after a visit to Cyprus that Easter, recalled Sir Garnet Wolseley from Co Carlow and the descendant of an old Staffordshire family who became the first British High Commissioner or governor and commander-in-chief in Cyprus.

‘Debt-ridden airline with colourful past faces Olympian task to find partner’ was a full-page feature in The Irish Times in January 2001 looking at the rich history of Olympic Airways and the uncertain future then facing Greece’s flagship airline.

I do not plan to post everything I find … and most of these discoveries are probably going to be lost in the mists of time and the vagaries of backdating. But there is more to come, and, I hope, a few surprises.