Hymns for the Eucharist in
the week after Passion Sunday 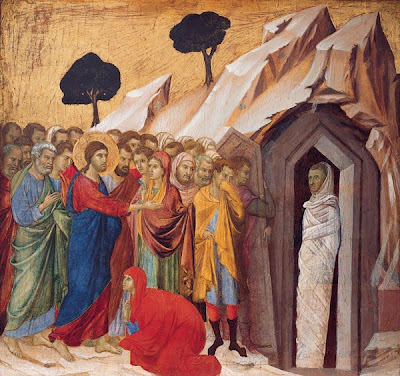 After 15 years as a member of the academic staff at the Church of Ireland Theological Institute – four as a part-time or visiting lecturer, and eleven as a full-time staff member – I am presiding for the last time at the Community Eucharist in the Chapel of CITI this evening.

The Readings, Collect, Preface and Post-Communion Prayer are those for Passion Sunday, the Fifth Sunday in Lent, and the preacher is the Revd Simon Scott, one of the three Year III students whose dissertations I have been supervising this year.

These illustrations and the following note are part of the brochure produced for this evening:

This evening’s collect, penitential kyries, readings, proper, post-communion prayer and blessing are those for the Fifth Sunday in Lent, also known as Passion Sunday. As we are in Lent, we are not singing Gloria this evening.

Processional Hymn: ‘Rejoice, the Lord is King!’ (Church Hymnal, 281) was written by Charles Wesley (1707-1788) and was first published in 1744, although several alterations have been made to the text since then. George Federick Handel (1685-1759) composed the tune ‘Gopsal’ for this hymn, although it was not published until Wesley’s son, Samuel Wesley, found in in a manuscript in the Fitzwilliam Museum in Cambridge in 1826. The name of the tune may come from Gopsall Hall, a long-lost stately home near the site of the Battle of Bosworth.

Gradual: ‘Rise and hear! The Lord is speaking’ (Church Hymnal, 385) is by Canon Howard Gaunt (1902-1983) of Winchester Cathedral. The tune ‘Sussex’ is an English traditional melody arranged by Ralph Vaughan Williams (1872-1958), and was first used as the setting for ‘Father, hear the prayer we offer’ in the first edition of the English Hymnal, which Vaughan Williams edited with Percy Dearmer in 1906.

Offertory: ‘Breathe on me, Breath of God’ (Church Hymnal, 293) was written by Edwin Hatch (1835-1889) for an ordination. Hatch was an Anglican priest and scholar, and at different times was an East End ‘slum priest,’ Professor of Classics in Trinity College Toronto, Vice-Principal of Saint Mary’s Hall, Oxford, and Reader in Ecclesiastical History at Oxford. The tune ‘Spiritus Dei’ was written by Frederick Ellis (1835-1921) in 1896.

Post Communion Hymn: ‘It is a thing most wonderful’ (Church Hymnal, 226) is by Bishop Walsham How. A former Anglican chaplain in Rome (1865), he was a Suffragan Bishop in East London and then the first Bishop of Wakefield. He was known as ‘the children’s bishop,’ ‘the poor man’s bishop’ and, because he insisted on using public transport, the ‘omnibus bishop.’ He died in Leenane, Co Mayo, in 1897, while on a fishing holiday in Dulough. The tune Herongate is an English traditional melody arranged by Vaughan Williams. He first heard the tune in 1903 in Ingrave Rectory near Brentwood, Essex, about three miles from Herongate, when he heard a maid singing ‘In Jesse’s City.’ This tune was first used with this hymn in 1906 in the English Hymnal. 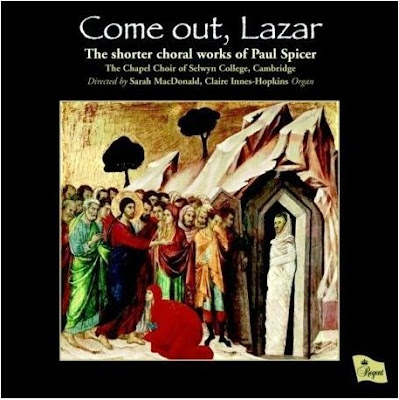 ‘Come out, Lazar’ … Paul Spicer and the Chapel Choir of Selwyn College, Cambridge 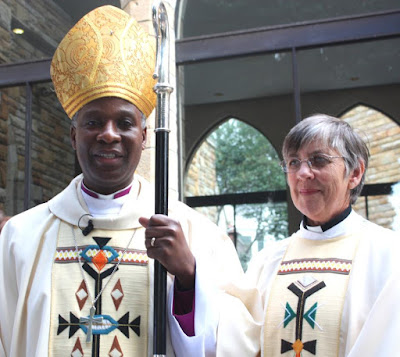 Pray that we might have a deeper awareness of God’s love and the power of the Holy Spirit so we might stand alongside our brothers and sisters in challenging oppression.