Late autumn sunshine by the shores
of Lough Ramor in Virginia, Co Cavan 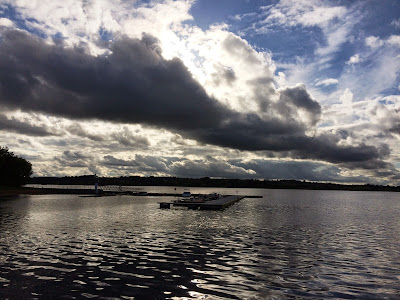 In the middle of a busy working week that continues into the weekend, I took a short break this afternoon to attend the wedding of Lesley Trenier and Alexander Smyth in Saint Fethlimidh’s Cathedral, Kilmore, Co Cavan.

The wedding was conducted by the recently retired Dean of Kilmore, the Very Revd Raymond Ferguson, who was assisted by the Revd Ivan Dinsmore.

The cathedral was packed, with all the pews filled. Without the screens, it would have been impossible for those squeezed into the side aisles to see the ceremony in the sanctuary. 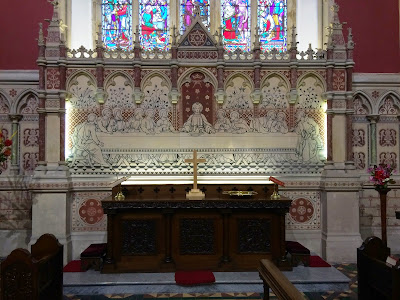 It is amazing how the theory of “six degrees of separation” hardly applies in the Church of Ireland. There were a number of clerical colleagues there this afternoon, including the Revd Tanya Woods, who invited me just a year ago [Sunday 13 October 2013] to preach at her Harvest Thanksgiving in Annagh Church, Belturbet.

And there too was Dr David Hutchinson-Edgar, a colleague in Irish CND and former lecturer in the Church of Ireland Theological Institute, who is a brother of the mother of the bride. 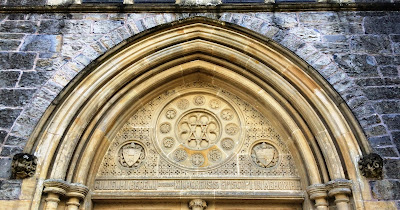 Kilmore Cathedral, with its 12th century Romanesque doorway, is about 5.6 km (3.5 miles) outside Cavan, and it took just over an hour and a half hours to get there for the wedding at 1 p.m.

For me, the cathedral will always be associated with the saintly William Bedell, Bishop of Kilmore (1629-1642), and the cathedral holds an original copy of the first translation of the Old Testament into Irish by Bedell. The 1860 organ is one of the earliest organs built by Charles Brindley of Sheffield and was restored in 2011.

Kilmore Cathedral stands on an elevated wooded site next to the Radisson Blu Farnham Estate Hotel, and close to Lough Oughter. However, we stopped for lunch on the way back in the Mason’s Apron in Virginia, one of the prettiest towns not only in Co Cavan but in all of Ireland.

Later, on the southern edges of Virginia, we stopped at the Lakeside Manor Hotel on the shores of Lough Ramor to enjoy the seasonally exceptional sunshine and the shadows in the clouds as the sun cast shimmering, silver rays across the waters of the lake.

Despite the storms earlier this week, the temperature this afternoon was still at 15, and as we returned to Dublin, the golden, green and brown fields of Co Cavan and Co Meath made the counrtyside look more like late summer than mid or late autumn.

On the way home tonight there was a beautiful golden harvest moon was beginning to rise in the night sky. 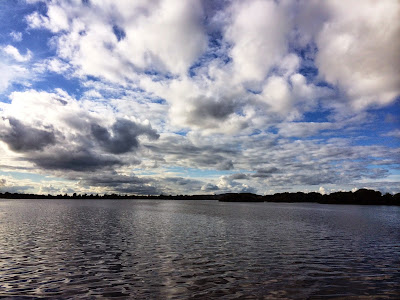 By the shores of Lough Ramor in Virginia in this afternoon’s autumn sunshine (Photograph: Patrick Comerford, 2014)