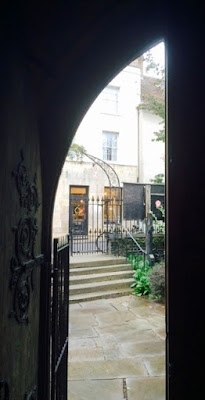 This is my last day in Cambridge following this year’s summer conference organised by the Institute for Orthodox Christian Studies. As usual, I began the day with a five-minute walk from Sidney Sussex College to Saint Bene’t’s Church, where I have been attending the early morning Eucharist at 8 a.m. throughout this week.

This morning, the associate priest at Saint Bene’t’s, the Revd Rachel Nichols, presided at the Eucharist, and in the Calendar of the Church we remembered Saint Gregory the Great.

“Gregory was born in 540, the son of a Roman senator. As a young man he pursued a governmental career, and in 573 was made Prefect of the city of Rome. Following the death of his father, he resigned his office, sold his inheritance, and became a monk. In 579, he was sent by the Pope to Constantinople to be his representative to the Patriarch. He returned to Rome in 586, and was himself elected Pope in 590. At a time of political turmoil, Gregory proved an astute administrator and diplomat, securing peace with the Lombards. He initiated the mission to England, sending Augustine and forty monks from his own monastery to refound the English Church. His writings were pastorally oriented. His spirituality was animated by a dynamic of love and desire for God. Indeed, he is sometimes called the ‘Doctor of Desire.’ For Gregory, desire was a metaphor for the journey into God. As Pope, he styled himself ‘Servant of the servants of Go’' – a title which typified both his personality and ministry. He died in 604.”

In a week in which many of the discussions have been about Orthodoxy, ecumenism and dialogue, it was interesting to reminded that Gregory was a bridge between the Church of the West and the Church of Constantinople.

But it was interesting too to be reminded of his role in initiating the mission to England, sending Augustine to refound the English Church.

At the back of the church, I picked up the September edition of Franciscan, the magazine of the Society of Saint Francis. This edition is devoted to the Radical Orthodoxy movement, with essays by Alison Milbank, James Walters, Toby Wright and Steve Holinghurst debating a movement that has been strongly influenced by Anglican theologians in Cambridge and that seeks to find our way back to the roots of an orthodox Christian perspective that gives rise to a much more holistic view of God’s world.

In some ways, these essays bring together many of my experiences this week in Cambridge, both at the IOCS summer conference and at the Eucharist in Saint Bene’t’s in the early morning.

Merciful Father,
who chose your bishop Gregory
to be a servant of the servants of God:
grant that, like him, we may ever long to serve you
by proclaiming your gospel to the nations,
and may ever rejoice to sing your praises;
through Jesus Christ your Son our Lord,
who is alive and reigns with you,
in the unity of the Holy Spirit,
one God, now and for ever.

God of truth,
whose Wisdom set her table
and invited us to eat the bread and drink the wine
of the kingdom:
help us to lay aside all foolishness
and to live and walk in the way of insight,
that we may come with your servant Gregory
to the eternal feast of heaven;
through Jesus Christ our Lord. 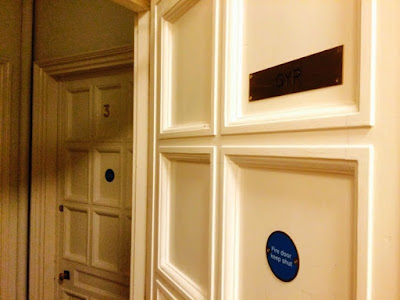 The mystery and the meaning of the ‘Gyp Room’ were soon unveiled (Photograph: Patrick Comerford, 2015)

Do you know what is a tripos? Or what is a gyp-room? What was a ten-year man? What was the Wooden Spoon?

Did you know the May Balls and the May Bumps take place in June?

Cambridge has its own vocabulary, its own peculiar names for places, and its own language. It takes so long to master both that Cambridge University Press has a guide to these special words and usages by Frank Stubbings, Bedders, Bulldogs and Bedells: A Cambridge Glossary.

But if you have mastered this vocabulary and this peculiar set of names, then you know you know that Jesus Ditch separates Jesus Common from Jesus Close, you know Christ’s Pieces from Parker’s Piece, and you know where the apostrophe goes in Queens’ College. And you know too that the “Cambridge week” goes from Thursday to Wednesday, why we divide on Friday, and that the new year is starting on 1 October.

A court in a Cambridge college is not somewhere to face trial and punishment, but is the equivalent of an Oxford quad. 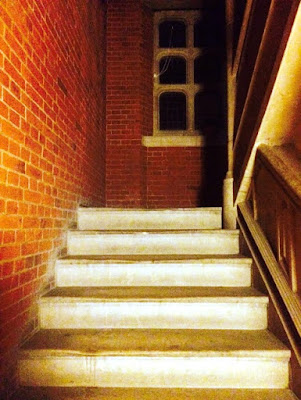 In Cambridge colleges, including Sidney Sussex, students often identify with their stairs, which becomes a place for making friendships and sharing resources. This week I am staying on Stairs M in Cloister Court … in previous years, for example, I have stayed in Blundell Court, in Garden Court, on Stairs C overlooking Hall Court and on Stairs H in Chapel Court, among others. 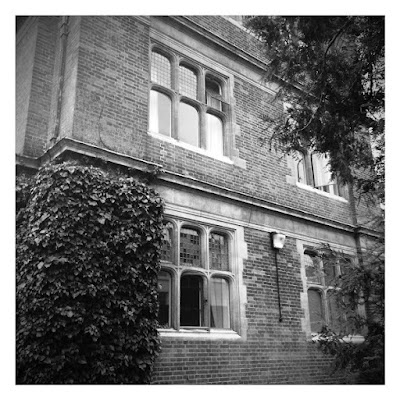 My rooms this week are at the end of Cloister Court, looking out onto the gardens and Jesus Lane (Photograph: Patrick Comerford, 2015)

My rooms this week are at the end of Cloister Court, looking out onto the gardens and Jesus Lane. As I was checking out my bearings and location after my arrival, searching for the bathroom, I was reminded of another strange usage in the Cambridge vocabulary.

My rooms are part of a set and without having to go out onto the landing and the stairs I have immediate access to the shared kitchen, which is labelled: “Gyp Room.”

The gyp, the bedder and the porter are all figures you expect to come across in Porterhouse or some other Tom Sharpe novel set in a Cambridge college.

At one time, college servants did everything from patrolling the college grounds to polishing boots and boiling eggs. The colleges – and students – could not have functioned without them.

In the 1840s, Charles Astor Bristed described the bedders or bed-makers as “the women who take care of the rooms ... For obvious reason they are selected from such of the fair sex as have long passed the age at which they might have had any personal attractions.”

The gyp, he said, was “a college servant, who attends upon a number of students... [who] calls them in the morning, brushes their clothes, carries parcels for them... and waits at their parties and so on.” Each gyp typically worked for all the occupants of a staircase.

So a “Gyp” was a type of manservant in Cambridge colleges, and in Oxford they were known as scouts.

The term may date back to the mid-18th century and perhaps comes from an obsolete word gippo meaning a menial kitchen servant, but originally denoting a working man’s short tunic, and this in turn is derived from an obsolete French word jupeau. 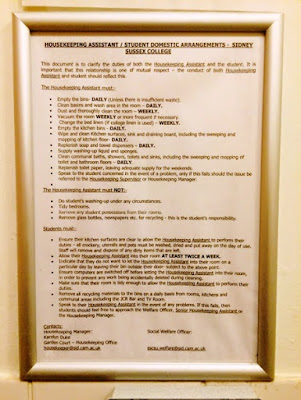 The Gyps no longer exist, but their memory survives in the name used for the “Gyp room.” This was once the room where a gyp awaited a call from his gentlemen, but today it is a small, basic kitchen for the use of college members, both staff and students.

And the “Gyp Room” on Staircase M in Cloister Court has been an important place for making late-night coffees throughout this week.

I close the door behind me on M3 and the Gyp Room check out of Sidney Sussex College later this morning. 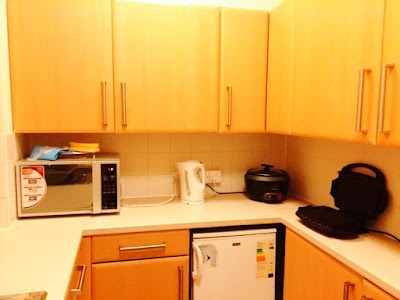 The facilities of the Gyp are basic but welcome when coffee is needed late at night (Photograph: Patrick Comerford, 2015)