‘By creating peace in
the home, we are helping
to create peace in the world’ 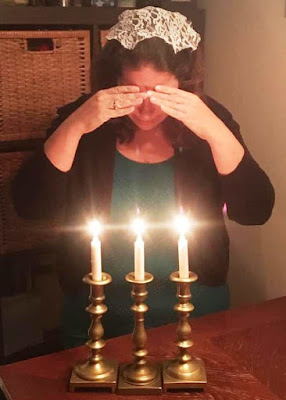 Heather Welkes, a teacher, tells the story of her great-grandmother, four candlesticks, and freedom for children

In my Friday evening reflections a few weeks ago, I wrote of how the former Chief Rabbi, Lord (Jonathan) Sacks, says lighting candles to welcome Shabbat ‘is a positive commandment, symbolising shalom bayit, domestic peace.’ He says that ‘by creating peace in the home, we are helping to create peace in the world.’

This connection between domestic peace and world peace was made beautifully in one posting I came across earlier this week [7 July 2020].

Heather Welkes, a teacher who blogs at My friend has 12 pets and posts on Facebook as ‘Heather Feather,’ re-posted a photograph from 6 January, which – amid rising antisemitism in the US and around the world – had been designated as #JewishandProud Day. She wrote this week, in a posting headed ‘Great Grandma's Candlesticks’:

‘Friday night is family night in my house. We try to observe Shabbos every week, although I never actually light the candles at the right time. One thing is constant – every Friday night I light the candles that I received for my Bat Mitzvah, and now those candlesticks are even more meaningful, as the synagogue I grew up in is just this week closing its doors.

‘Tonight, I used a different set, a pair that sits in my breakfront with all my other Judaic items. It’s the pair that belonged to my Great Grandma Ida, who I never met. I never knew her, but she lives on in these candlesticks.

‘In the early 1900s, she came alone to America, just a teenager, fleeing Russia. She carried with her two sets of heavy brass candlesticks. The story is told that at one point, she was stopped by a border guard and she bribed her passage through by giving him one of the four candlesticks, and now there are three, given to my mother who gave them to me.

‘I don’t know if she had a visa. I don’t know if anyone sponsored her. I just know that she was fleeing violence and because of that candlestick, I can light my Shabbat candles, honour her memory and tell her story.

‘This week, I’ve felt very helpless over the fact that children are being held in cages and separated from their parents. I can enjoy my freedom because I just happened to be lucky enough to be born in this country.

‘So, as I celebrate this Shabbat, I’ll say a prayer that families can be made whole again.

‘I’m thankful for my Great-Grandmother’s safety, and that because of one bribed candlestick that allowed her to make it to America, she was able to go on and have 121 descendants. 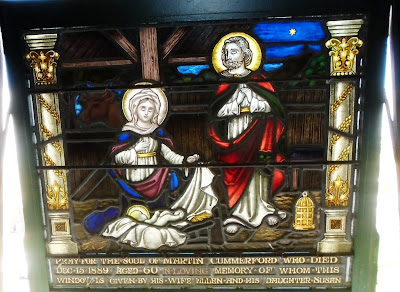 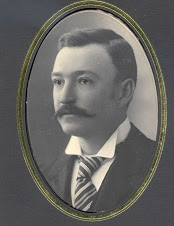 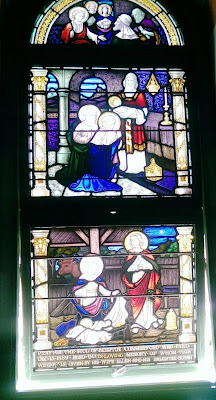