‘It is not how things are in the world
that is mystical, but that it exists’ 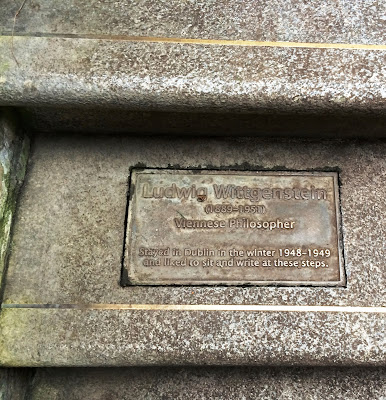 Dublin can certainly boast of its writers, including playwrights and poets, novelists and journalists. The capital can boast too of its actors, artists and musicians. And, of course, many would think of it also as a city of architecture and architects.

But how many people think of Dublin as a city of philosophers? After all, few Irish politicians are known for their understanding of logic and linear thinking.

But George Berkeley was educated in Dublin and has given his name to the library in Trinity College. It is said Eamon de Valera tried to persuade Karl Popper to Dublin. He certainly succeeded in enticing the Austrian physicist Erwin Schrödinger, who lived on Kincora Road in Clontarf from 1938 to 1955 while he was writing What is Life?.

However, I do not know whether Schrödinger brought his cat with him – perhaps the cat was simultaneously in Vienna and in Dublin.

During Schrödinger’s time in Dublin, but only for a short time, the Austrian philosopher Ludwig Wittgenstein also lived in the city. He resigned his professorship at Cambridge in 1947 to concentrate on his writing, and in 1947 he travelled to Ireland, staying at a farmhouse in Red Cross, Co Wicklow, where he began the manuscript volume MS 137, Band R.

Drury had been an ordinand at Westcott House in Cambridge before changing his mind and studying medicine at Trinity College Dublin. He brought Wittgenstein’s “critique of language” to bear on the practice of medicine, and particularly psychology that promised the same control over the mind that physics achieved with matter.

From November 1948 to June 1949, Wittgenstein lived in in Dublin, staying in the Ross Hotel, now the Aisling Hotel, in Parkgate Street, close to the Phoenix Park. Wittgenstein was critical of a new fashion in house-building in Dublin at the time, and said of those 1930s houses: “Time will not mellow them; nature will neither clothe nor conceal them; and they will remain always as offensive to the mind as to the eye.”

Wittgenstein moved to Dublin in the middle of one of the coldest winters on record – one so cold that all domestic football was cancelled because of the weather. 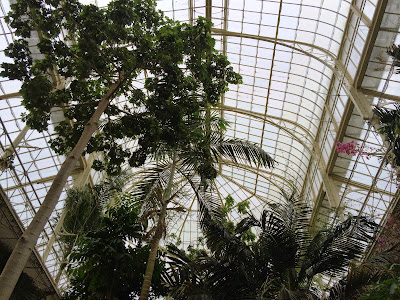 Inside the Great Palm House this afternoon (Photograph: Patrick Comerford, 2014)

During his time in Dublin, he regularly visited the National Botanic Gardens in Glasnevin. He would go to the Great Palm House and sit on the steps, contemplating life and about life. Perhaps the cold weather made the hothouse the most inviting place in Dublin.

Wittgenstein later returned to England, and died in Cambridge in 1951. A plaque on the steps in the Great Palm House recalls his regular visits and contemplations. Perhaps it was there that he came up with the idea expressed in Tractatus: “It is not how things are in the world that is mystical, but that it exists.”

Was Wittgenstein a Jew? Was he an agnostic? Did he die a Roman Catholic? Certainly walking around the Botanic Gardens this afternoon, it was easy, on contemplating the beauty of the world, to agree with him that the very existence of the world is mystical in itself.

Earlier, during summer, I was in the Botanic Gardens for the first time I could ever remember on 5 June. And I was left feeling inadequate as I searched for words to describe the beauty of the experience. Instead of continuing the narrative, I decided to post a random collection of about three dozen photographs from that afternoon in the hope that the images would speak for themselves, writing at the time: “They are better than any words I could use. They are sufficient.” 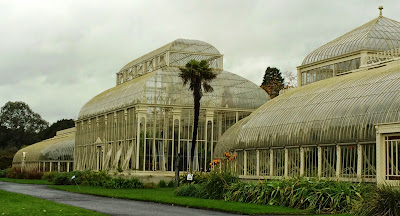 This afternoon, two of us had a late lunch in the Garden Tea Rooms before strolling through the gardens in the fading lights of autumn.

The outstanding features of the Botanic Gardens include the curvilinear glasshouses designed and built from 1843 to 1869 by Richard Turner (1798-1881), including the Great Palm House where Wittgenstein sat and thought.

These long, low glasshouses, built with iron and with distinctive curved roofs, are the most significant wrought and cast iron buildings in Ireland and are among the most important 19th century glasshouses surviving in Europe.

Turner also designed spectacular glasshouses in the Belfast Botanic Garden, (1839), the Royal Botanic Gardens in Kew (1848), and the Winter Gardens at Regent’s Park in London, and peach houses for the Vice-Regal Lodge in the Phoenix Park, Dublin.

The conservatory he designed with James Pierce for Edermine House, Co Wexford, is now in a sad state of disrepair, but his business was so successful in the Victorian age that he had contracts as far afield as Russia. 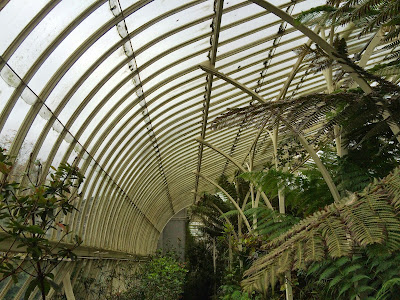 In their day, Turner’s glasshouses were sophisticated and innovative, with his use of wrought and cast iron at the leading edge of building technology at the time. They have survived the judgment of time, unlike the Dublin suburban houses that Wittgenstein so disliked.

Engineering, architecture, philosophy and nature were combined with art in the Botanic Gardens this afternoon. This was the last day of the exhibition ‘Sculpture in Context,’ with sculptures in the most unusual places throughout the Gardens, including the ponds, the Palm House and in the gallery space, even hidden among the plants and the trees.

For two days this weekend [Saturday 18 and Sunday 19 October 2014], the Botanic Gardens are taking part in the ‘Open House’ programme. Ciarán O’Connor, architect with the Office of Public Works, explores the architecture of the gardens, from the restoration of the Great Pal House to the design of the new library and visitor centre. In preparation for Hallowe’en, a decorated pumpkin competition begins tomorrow. 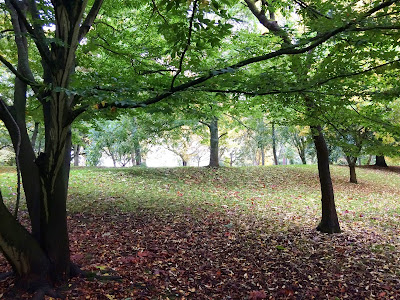 Walking through the autumn leaves in the Botanic Gardens this afternoon (Photograph: Patrick Comerford, 2014)

Here are some more images from the Botanic Gardens, without captions that might detract from the beauty of the colours: 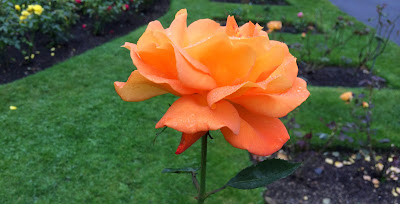 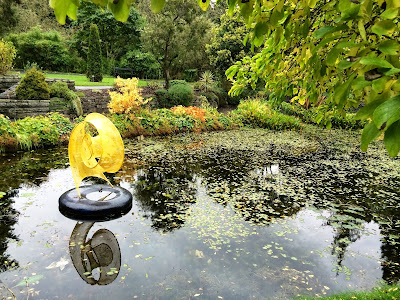 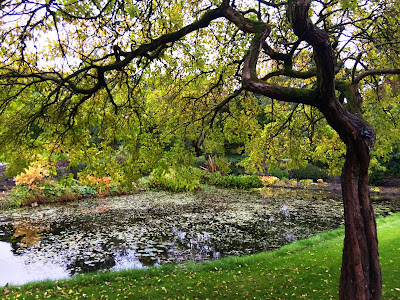 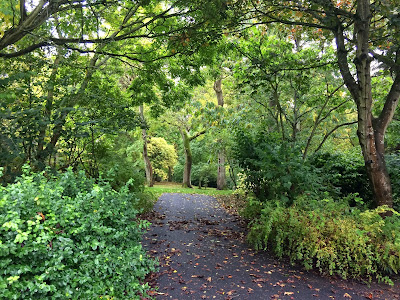 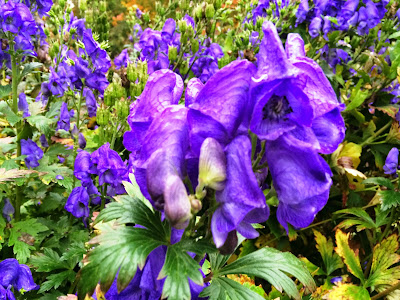 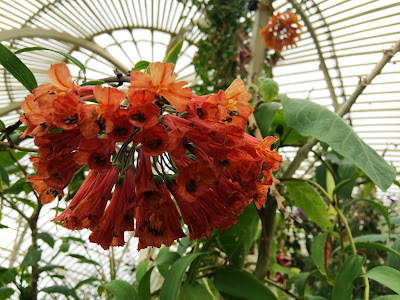 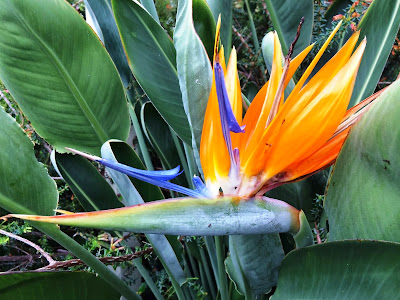 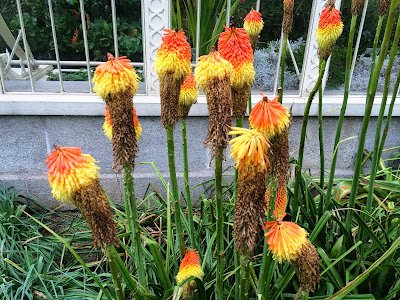 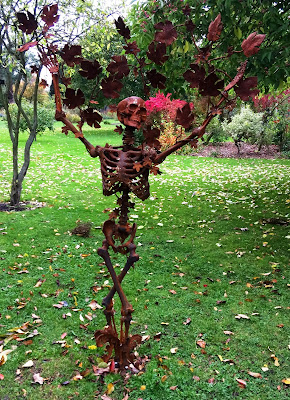 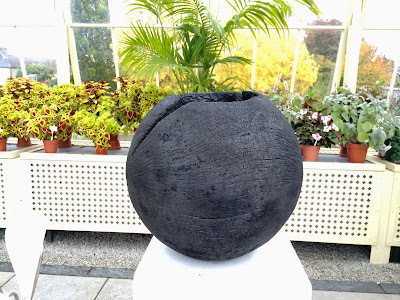 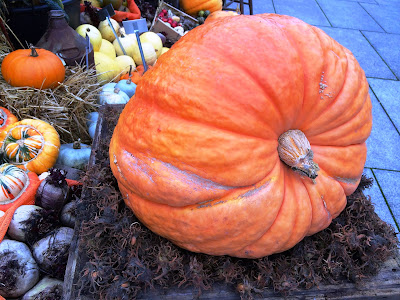