Finding Comerford descendants who were
deported to Ravensbrück and Dachau 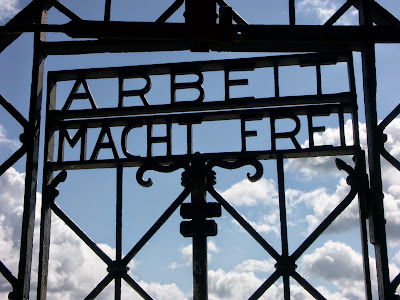 Over the years, as I have researched the history of the Comerford family, I have come across an array of people who represent a genuine cross-section of society over the generations. They include saints and sinners, bishops and actresses, judges and prisoners, politicians and rebels, wine merchants and drunkards, poets and singers, hurlers on the field and hurlers on the ditch, figures of authority and figures of fun.

But in recent research, I was chilled and became completely uncomfortable when I realised that a direct descendant of the Comerford family of Cork, and through that line descendants of the Comerfords of Co Wexford, suffered horribly with her husband after the German invasion of France and that both died in the Holocaust – one in Ravensbrück and the other in Dachau.

Hedwige Marie Renée Lannes de Montebello (1881-1944) and her husband, Louis d’Ax de Vaudricourt (1879-1945) of Château Vaudricourt, were French aristocrats and did not bear the Comerford family name. Nevertheless, they are part of my own family tree, no matter how distant a branch. I was shaken when I realised their fate, and it brought home to me how even today we are all close to the evils of racism and its destructive force across Europe, and must never forget that.

I knew of Mary Teresa Comerford (1776-1840), a little-known poet and author in the early 19th century who wrote under the name Mary Boddington. Some of her songs were written to Irish airs, but while she and her husband Thomas Boddingtons are referred to frequently in Thomas Moore’s Diary, her poetry is now regarded as vain doggerel, remembered only because of her prolific output and because she was a woman writer who managed to publish so much at a time when men dominated the world of literature and publishing.

Mary was born in Cork in 1776, the daughter of Patrick Comerford (d. 1796), a wine merchant, of George’s Quay, Cork, and Summerville, Co Cork. He was a wine merchant in Cork in partnership with his father John Comerford, who was directly descended from the Comerford family of Co Wexford, while his mother Elizabeth Hennessy was a member of the well-known Hennessy family of Cognac fame.

I was long aware of the family of Patrick’s younger surviving daughter, Belinda Isabella, who married on 5 November 1795 the Revd Francis Law (1768-1807), Vicar of Attanagh in the Diocese of Ossory and Rector of Cork, and I was familiar with their family stories.

Francis was the son of the Revd Canon Robert Law of Middleton. Many of Belinda’s descendants kept the Comerford family name, including her son, the Revd Patrick Comerford Law, and there were interesting family connections with clerical families, with Lewis Carroll, the creator of Alice in Wonderland, and with Sir Edward Fitzgerald Law (1846-1908), of Athens, who was involved in reforming the Greek economy in the 1890s and in the negotiations leading to the eventual restoration of Crete to the Greek state.

However, because of those immediate Irish and Comerford connections, I had neglected looking at the story of Belinda (Comerford) Law’s elder sister, Mary (Comerford) Boddington and the later stories of her descendants.

Mary wrote verse frequently for the Cork papers before she left Cork for London in 1803. Two years later, on 16 April 1805, she was married in the fashionable at Saint George’s Church, Hanover Square, London, to Thomas Boddington (1774-1862), a wealthy West Indies merchant of Upper Brooke Street, London, and Marylebone. Boddington’s father, also Thomas Boddington, was involved in the slave trade but was in the Committee for the Relief of the Black Poor, and was a director of the Bank of England.

Saint George’s was a fashionable church for weddings at the time. There the architect Henry Holland married Capability Brown’s daughter Bridget in 1773, the architect John Nash married Mary Ann Bradley in 1798 and the architect John Shaw Senior married Elizabeth Hester Whitfield in 1799. Later 28-year-old Theodore Roosevelt, the future US President, married Edith Carow (25), in 1886. In the musical My Fair Lady, Alfred Doolittle (Stanley Holloway), having just been provided with an inheritance and having to move into “middle-class morality,” invites his daughter Eliza Doolittle (Audrey Hepburn) to his wedding at this church, leading to the song, Get Me to the Church on Time.

After her marriage, Mary continued to write and published some entertaining volumes on her travels on the Continent of Europe from 1815 on. Her published work included: Slight reminiscences of the Rhine, Switzerland, and a corner of Italy (2 vols, London, 1834); The Gossip’s Week, in prose and verse (two volumes, London, 1836); Sketches in the Pyrenees, with some remarks on Languedoc, Provence and the Cornice (2 vols, London, 1837); and Poems (London, 1839).

Mary died in 1840, and the popularity of her poetry and her travel writing faded soon after her death.

Jean Ernest was born on 20 July 1803 in Lisbon, where his father was Napoleon’s ambassador to Portugal. He died on 24 November 1882 in Pau, France, and Mary died there on 15 May 1898. There the memories of their side of the family might have died out in the narratives of the Comerford genealogies if I had not decided in a recent idle moment to explore what had happened to Mary Comerford’s daughter and her descendants.

Jean Ernest was the son of one of Napoleon’s generals, Jean Lannes, Duc de Montebello, and his wife Louise Antoinette, Comtesse de Guéheneuc.

Mary Theresa and her colourful French husband had three sons and three daughters, who were born in France. They have many descendants, but I had neglected to include their story in the Comerford narrative, thinking it was too remote and too distant for our family history.

Then I decided in a moment of distraction between World Cup matches recently to take another look at the forgotten French descendants of this forgotten Irish poet.

Mary Boddington’s husband Jean Ernest Lannes, Baron de Montebello (1803-1882), was born in Lisbon on 20 July 1803 while his father was there as Napoleon’s ambassador in Portugal. 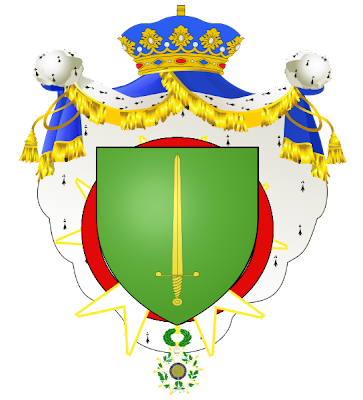 When Mary Boddington married Jean Ernest, he was chef de cabinet at the French Foreign Ministry and a chevalier of the Légion d’Honneur. His father, Jean Lannes, 1st Duc de Montebello (1769-1809), was a Marshal of the French Empire. He was one of Napoleon’s most daring and talented generals. In his exile on Saint Helena, Napoleon said of Lannes: “I found him a pygmy and left him a giant.”

Marshall Lannes was born on 10 April 1769 in the small town of Lectoure, in the Gers department in the south of France, the son of a Gascon farmer. He and had little education was first apprenticed to a dyer. But after enlisting in the army he quickly rose through the ranks and alongside Louis Nicolas Davout and André Masséna he is regarded as one the ablest of all of Napoleon’s marshals.

When the French empire was founded, he was named a Marshal of France (1804), and he commanded the advanced guard of a great French army in the campaign of Austerlitz. In 1808, Napoleon took him to Spain in 1808, and gave him a detached wing of the army, with which he won a victory over Castaños at Tudela. As a reward in 1808, Napoleon gave him the title of Duc de Montebello.

In 1809 he was sent to capture Saragossa. After his last campaign in Spain, he said: “This damned Bonaparte is going to get us all killed.” That year, for the last time, gave him command of the advanced guard. He took part in the engagements around Eckmühl and the advance on Vienna. With his corps he led the French army across the Danube, and bore the brunt, with Masséna, of the terrible battle of Aspern-Essling. He received a mortal wound on 22 May. He died on 31 May 1809. 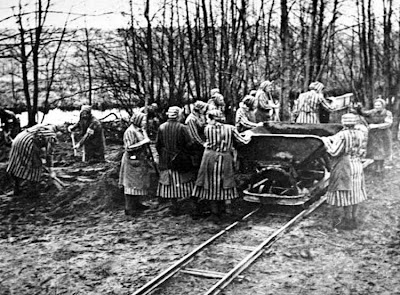 René was an army major and was known by the courtesy title of Baron de Montebello. But when his son Henry was born in Paris in 1876 he assumed the title of count. Henry died in childhood, but René and his Polish princess were the parents of four other children. He died on 27 December 1925, and Princess Marie died on 18 May 1930.

I know no more than this about Hedwige and her husband. I hope to explore their stories in greater detail and to find out more about their lives and their deaths. But the stories of people like these should never be forgotten, especially in their families, no matter how distant their kinship is. The rise of the far-right in Europe in this year’s European elections is a stark reminder of the need to keep these stories alive, and to respect and honour the memories of the dead.