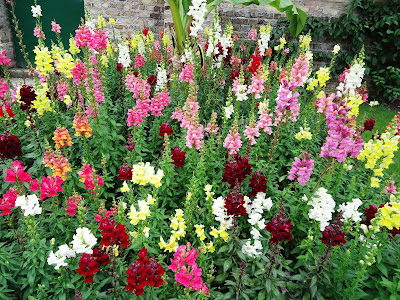 Flowers in the Kitchen Garden in Ashtown Castle this afternoon (Photograph: Patrick Comerford, 2013)

The rain came down in torrents at lunchtime today [28 July 2013] as two of us strolled from Christchurch Cathedral to the Italian Quarter for lunch in Wallace’s Taverna.

For the first time in many months we sat indoors there as people huddled outside under the awnings and the rain showed no signs of abating.

This traditional Italian restaurant and pizzeria opened in 2005 as La Taverna di Bacco, the flagship restaurant of the Italian Quarter on the corner of Ormond Quay. 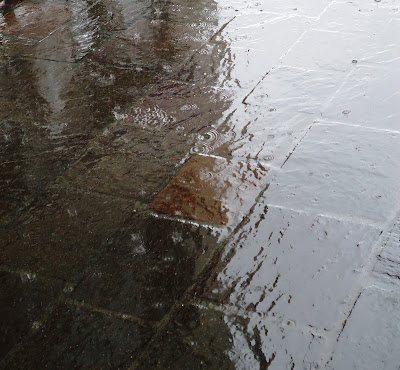 As the rain continued in patchy showers, we realised this was not an afternoon for a walk on a beach. Instead, we drove out to the Phoenix Park, intending to visit Farmleigh House.

When we got to the Phoenix Monument, Chesterfield Avenue was closed off, and we ended up visiting the Visitor Centre and Ashtown Castle instead. 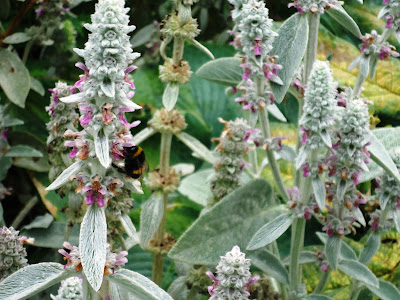 A busy bee at work in the walled kitchen garden at Ashtown Castle (Photograph: Patrick Comerford, 2013

We first strolled around the 2½-acre Victorian kitchen walled garden, with its array of flowers, fruit, vegetables and small trees. We are all concerned about the future of bees, and one of the delights of the walled garden was seeing the number of bees hovering around the flowers and plants. 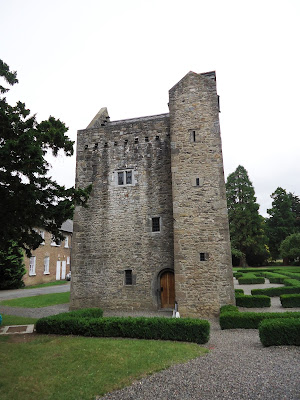 We then stopped to look at Ashtown Castle, which had been hidden for centuries within the walls of a much larger and more recent building that was used as the official residence of the Papal Nuncio until 1978.

When the Papal Nuncios abandoned the house, it was full of dry rot and in such a state of neglect and disrepair that it was deemed to be structurally irreparable. But as the house was being demolished, Ashtown Castle was uncovered.

The castle may date back to the 1430s, when it was built as a tower house. The dimensions conform to a government policy of the time that offered £10 to those who built a castle of this style for their own safety. Ashtown Castle was later incorporated into Ashtown Lodge, when it was rebuilt as the official residence of the Under Secretary of Ireland from 1782.

From Ashtown Castle, we walked across to the courtyard that houses the Phoenix Park Visitor Centre, which provides an historical interpretation of the Phoenix Park from the year 3500 BC to the present day.

The Phoenix Park extends to 707 hectares (1,752 acres) and is one of the largest enclosed recreational spaces within any European capital city. It is larger than all the city parks in London put together and twice the size of Central Park in New York.

The Phoenix Park was established just over 350 years ago in 1662 on behalf of King Charles II by the Viceroy of Ireland, James Butler, Duke of Ormond, who also gave his name to Ormond Quay, where we had lunch a few hours earlier. Ormond originally planned the Phoenix Park as a Royal Deer Park, using the former demesne of Kilmainham Priory, which stretched across both sides of the River Liffey.

In the 1660s, the Duke of Ormond introduced a herd of Fallow Deer that has lived in the park ever since. In 1668, Marcus Trevor, Viscount Dungannon, was appointed Park Ranger, and with two other keepers, he was responsible for the deer, managing the park’s enclosures and the new plantations.

Ormond also founded the Royal Hospital in Kilmainham in 1680. The foundation of the Royal Hospital reduced the Phoenix Park to its present size and location on the north side of the river. The park was then enclosed within a stone wall, which adjusted and delineated the size and the boundaries of the park. 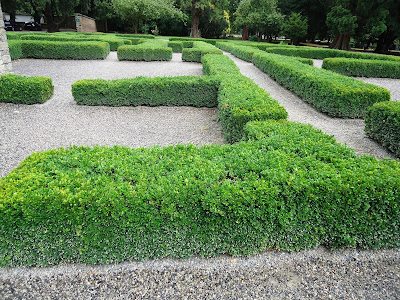 The other attractions beside Ashtown Castle and Visitor Centre include a café, a traditional maze, woodland walks, a picnic area and a children’s playground.

Almost one-third of the Phoenix Park is covered with trees, and the park is a sanctuary for many mammals and birds, with a wide range of wildlife habitats.

Nearby is the official residence of the President, Áras an Uachtaráin, which dates from 1750, and is the former Vice-Regal Lodge. Ratra House was the retirement home of Ireland’s first President, Dr Douglas Hyde. It was built in 1876, and Winston Churchill, lived there from the ages of two to six when it was known as the Little Lodge. In his autobiography, My Early Life: 1874-1904, Churchill said his “first coherent memory” was formed in the Phoenix Park when his father was Secretary to the Lord Lieutenant, Churchill’s grandfather, the Duke of Marlborough.

When we left the Visitor Centre it was still raining, and we never got to visit Farmleigh House. Instead we drove on Castleknock, where I wanted to photograph the parish church to illustrate a paper I am writing on Josiah Hort, an 18th century bishop.

By the time I got home, it was time for a change of clothes.