Where did Castro Petre get its romantic-sounding name? 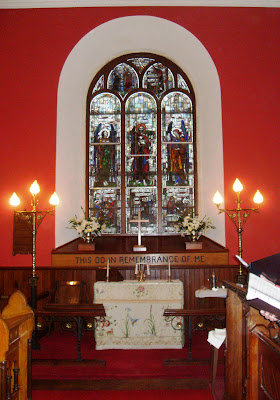 I was in Edenderry, Co Offaly, last night [Wednesday 7 September] for the ordination of the Revd Martin O’Kelly as deacon by Bishop Richard Clarke of Meath and Kildare.

Edenderry is a pretty market town on the eastern edges of Co Offaly, close to the borders of Co Meath and Co Kildare, and is in the Diocese of Kildare. The town still has many Georgian and Regency buildings and a fine Town Hall and central square. The town is bookended by the old Quaker Meeting House at the east end and the Church of Ireland parish church, Castro Petre Church, on a hill above the town at the west end.

Traditionally, the parish has been known as Monasteroris, and the church is known as Castro Petre. The name Edenderry comes from the Irish Eadán Doire, meaning “the hill-brow of the oak wood.” But where does the old name of the parish come from? And how did Castro Petre get a name that is so unusual, with almost a hint of Latin or Italian romance?

The name Monasteroris means the “Monastery of the son of Piers” but the monastery for the Conventual Franciscans is said to have been founded by John de Bermingham, Earl of Louth, in 1325, and the first church in the parish is said to date from that period. But the church history of the area dates back a few decades earlier, and the Annals of the Four Masters suggest the monastery was founded as early as 1260, and there may have been a church on the site from at least 1290.

Mediaeval taxation records from 1302-1306 record a Church de Villa Castris in Tethmoy in the Diocese of Kildare. This may have been the original Castro Petre, and the earlier church may not have been known as Castro Petre until after the friary was built. The list of vicars and rectors of the parish of Monasteroris or Castropetre dates back to Cornelius O’Lehuhyr (Lawlor) in 1424.

After the dissolution of the monasteries, the friary was granted to Nicholas Herbert by Elizabeth I in 1561, when it was described as “two castles, a friary burned and razed, whereby the walls standeth, and there is an old mill place, an orchard, land pasture, wood and underwood.”

By the end of the 16th century, Edenderry was known as Coolestown, after the Cooley or Cowley family. The Edenderry estates passed from the Colley family with the marriage of Sarah Colley and George Blundell, and for the most part of the 18th century they remained in the hands of the Blundell family. Perhaps they were distantly related to Peter Blundell (1520-1601), the prosperous clothier who endowed Blundell’s School and the Blundell Scholars at Sidney Sussex College, Cambridge, and Balliol College, Oxford.

A statue of the 3rd Marquess of Downshire in front of Castro Petre Church in Edenderry (Photograph: Patrick Comerford, 2011)

The ownership of Edenderry eventually passed into the hands of the family of the Marquesses of Downshire with the marriage in 1786 of Arthur Hill and Mary Sandys, heiress to Edenderry through her grandmother, who was a sister of Lord Blundell. The Downshire Irish estates included Hillsborough and Dundrum, Co Down, Blessington, Co Wicklow, Clonderlaw, Co Clare, a small estate in Co Kilkenny.

By 1725, the roof of the mediaeval church was a constant source of trouble, incurring heavy expenditure for the parishioners. The vestry voted in 1774 to build a new church, and a site was given by Lord Downshire, with additional funding coming from the Board of First Fruits. The new church was consecrated in 1778 by Bishop Charles Jackson (1713-1790), Bishop of Kildare and Dean of Christ Church Cathedral, Dublin.

When Bishop Charles Lindsay visited the church in 1804, he noted: “No walk round the church and everything wrong.” However, he said the church had a handsome appearance, although the copper had been stolen from the tower and the floor below was rotten.

In 1810, the vestry asked George Kelly to build a wall around the churchyard, three years later decided to build a gallery to accommodate the large congregation – although this was not built until 1828.

An emergency vestry meeting was called in December 1822 after the church and tower were badly damaged by a severe storm. The church bell, known as “The Great Bell” in parish records, was the gift of the Downshire family. It was damaged when it fell from the tower in 1817, and was recast and re-hung in the tower in 1828 at the same time as the gallery was built. 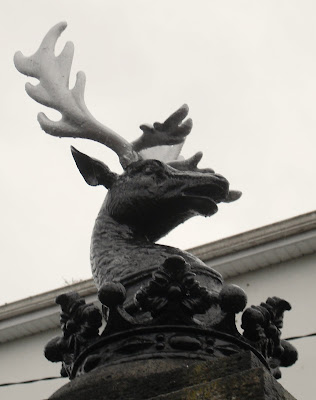 The church stands at the west end of Edenderry on a hill overlooking the town. Two pillars decorated with stags’ heads and the coronets of a marquess, representing the Downshire family, stand on the piers on each side of the gates into Church Walk, leading up to the church. At the top of Church Walk, immediately in front of the churchyard, is a statue of Arthur Blundell Sandys Trumbull Hill (1788-1845), 3rd Marquess of Downshire.

In 1888, the parish asked the trustees of the Downshire Estate to transfer the ownership of Church Walk. Eventually, the Church Walk and Sexton’s House were handed over to the parish in 1913.

Inside the church, there are memorials to the Downshire, Murray, Taylor and Brownrigg families, as well as a stained glass window on the south wall that came from the church Ballyburley. The font in the baptistery also comes from Ballyburley Church.

The Telford Organ, which was played by Stephen Adams last night, is a memorial to the Revd John Dickson Eccles Newcombe (1856-1907), a remarkable rector who built the rectory and the parochial hall or Young Men’s Institute, where we were welcomed with coffee last night and robed before the service.

Later, we went back to Edenderry Golf Club, where it was obvious how friendly and welcoming a parish this is.
Posted by Patrick Comerford at 09:04 1 comment: