Joseph, a dreamer of dreams and a doer of deeds 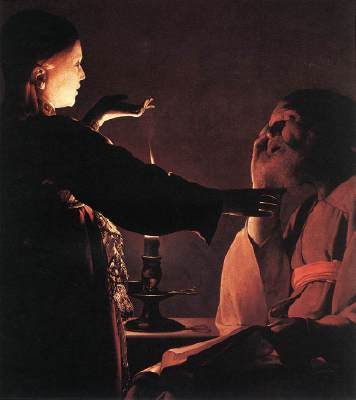 Introduction: the Fourth Sunday of Advent

Those readings are about choices, about obedience to God’s plans, and about the fulfilment of God’s plans for all nations.

These readings bring us into the last week of Advent. Christmas is upon us, the last of the purple candles on the Advent Wreath, the one representing the Virgin Mary, is lit in this week. And Mary is likely to be the heroic figure in most of the sermons focusing on the Gospel Reading.

Those sermons are likely to talk about Mary and her obedience, Mary’s “Yes.” And Joseph is likely to be pushed to the side of the stage. He says “Yes” too, but he says it silently; he has no scripted lines; he has no dramatic part or role; he is mute; but he is obedient. And, like Joseph, his namesake in the Old Testament who is named in the Psalm (Psalm 80: 1-7, 17-19), he too is dreamer of dreams and a doer of deeds.

Saint Matthew’s nativity story lacks the romantic imagery of Saint Luke’s account, whose heady mixture of heavenly angels with earthy shepherds is missing here. Instead, the hope of all the earth takes shape under the sign of arrangements being made for a betrothal that is apparently violated. The gifts of God’s grace and the promise of Go’s reign are hidden, are to be searched for and to be found in the midst of what appears be a very tawdry story.

I imagine Mary may have been a mere teenager at the time, just 14 or 15. And, like so many other teenage brides, she turns up for her wedding – pregnant! Joseph knows he could not possibly be the father. He decides to do the right thing and take and quietly drop out of the arrangement.

If Joseph goes ahead, then this child is going to be known in his family, among his neighbours, perhaps by everyone who needs to know, as illegitimate for the rest of his life. His critics indelicately remind him of this in Saint John’s Gospel: ‘You are indeed doing what your father does.’ They said to him, ‘We are not illegitimate children; we have one father, God himself’ (John 8: 41). The original Greek (πορνείας οὐ γεγεννήμεθα) is more direct, crude and blunt: they taunt him that they were not conceived through illicit intercourse.

These fears and sneers, those social judgments and wagging fingers, must have been running rapidly through Joseph like a nightmare. Yet the angel of Joseph’s dream makes a startling suggestion. He tells him to marry Mary, and then he is to name the child. To take on naming the child means becoming his father. And this suggested not as a nice thing to do, a courteous thing to do, a gallant or gentlemanly sort of thing to do. Joseph is told why: “You are to name him Jesus, for he will save his people from their sins” (verse 21).

It is not a promise of immediate reward. Joseph is not offered the promise that if he behaves like this he is going to earn some Brownie points towards the forgiveness of his own sins; that God will see him as a nice guy; or even that if he lives long enough, this child may grow up, be apprenticed to him, take over the family business, and act as a future pension plan. 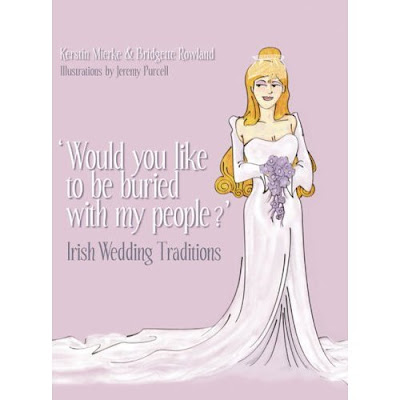 Whose People?
Instead, the promised pay-off is for others as yet unknown. “He will save his people from their sins.” There is a book by Kerstin Mierke and Bridgette Rowland on Irish wedding traditions that takes its title from the shy Irish farmer’s way of proposing: Would you like to be buried with my people? (2007). But if Joseph is not the father of the Child Jesus, he must have wondered what the angel meant by “his people” and “their sins.”

But the forgiveness spoken of here is spoken of apocalyptic terms. It is more than the self-acceptance offered in psychotherapy. Instead, it is the declaration of a new future. To be forgiven is to receive a future. Forgiveness breaks the simple link between cause and effect, action and reaction, failure and disaster, rebellion and recrimination.

On the strength of the angel’s claim, the church asserts one of its own: from the beginning, it was always God’s intention that it should happen this way. It is the fulfilment of the ancient prophecy, Matthew declares (verse 22): the hope of all the ages, the beginning of the end of all the old tyrannies, the restoration of everything that is and will be, was always meant to take place in a virgin’s womb, in the manger, on the cross.

The dream in our Gospel reading is the dream of Joseph, not Mary’s dream. The Angel Gabriel appears to the Virgin Mary only in Saint Luke’s Gospel. Mark and John, for their part, give us no account of the birth of Christ, they have no Christmas narrative. In Saint Matthew’s Gospel, the angel appears not to Mary, but to Joseph.

In Hamlet (Act 3, Scene 1), as he contemplates suicide, Hamlet begins that most famous of Shakespearian soliloquies, that opening word: “To be or not to be …” And he muses and thinks out loud:

“… To die, to sleep;
To sleep: perchance to dream: ay, there’s the rub;
For in that sleep of death what dreams may come
When we have shuffled off this mortal coil …”

Why do we need sleep? Perhaps, as the Very Revd Samuel G. Candler, Dean of Saint Philip’s Episcopal Cathedral in Atlanta, Georgia, suggests in a sermon on this Sunday three years ago: “We need sleep because we need to dream.”

Joseph dreamed something wonderful. God would enter the world; God would be born to his new, young wife, Mary. But to believe this, Joseph had to trust not only his dream, but to trust Mary, to trust the future child, to trust God.

Joseph dreams a dream not of his own salvation, but of the salvation of the world.

Too often we forget about poor Joseph. Every year, we tend to focus on the story of Mary. But this year, Year A, the Lectionary asks us to focus on Joseph. The annunciation occurs not just to Mary, but to Joseph too. And they both say “Yes.” 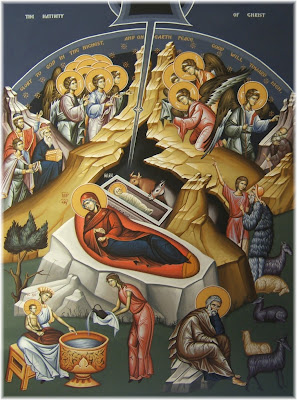 Joseph has a second dream and faithfully responds to God’s call a second time
And Joseph says a second Yes too. Later in this Gospel, in the Lectionary reading for the following Sunday, the First Sunday of Christmas, we read:

Now after they had left, an angel of the Lord appeared to Joseph in a dream and said, ‘Get up, take the child and his mother, and flee to Egypt, and remain there until I tell you; for Herod is about to search for the child, to destroy him.’ Then Joseph got up, took the child and his mother by night, and went to Egypt, and remained there until the death of Herod. This was to fulfil what had been spoken by the Lord through the prophet, ‘Out of Egypt I have called my son’ (Matthew 2: 13-15).

Joseph has no speaking part; he just has a walk-on part in this drama. But his actions, his obedience to God’s call, speak louder than words.

Yes, God appears over and over again, to men, women, to “all sorts and conditions of people.”

But do we trust them?

Can you have faith in someone else?

Can you believe their dreams?

Can you believe the dreams of those you love?

And dream their dreams too?

The French renaissance writer and humanist, François Rabelais (1494-1553), once quoted a monk who told Gargantua: “I never sleep really comfortably, except when I am at a sermon, or at my prayers.” But if people sleep during your sermon on the Fourth Sunday of Advent, I hope they too dream of God’s promise of salvation to all his people. For God is among us.

Heavenly Father,
you have given us a pledge of eternal redemption.
Grant that we may always eagerly celebrate
the saving mystery of the incarnation of your Son.
We ask this through him whose coming is certain,
whose day draws near,
your Son Jesus Christ our Lord.

Canon Patrick Comerford is Director of Spiritual Formation, the Church of Ireland Theological Institute. This essay is based on notes prepared for a Bible study in a tutorial group with Year I and Year II MTh students on Wednesday 8 December 2010.