This fast day on the Seventeenth of Tammuz (שבעה עשר בתמוז‎, Shivah Asar b’Tammuz) falls on the 17th day of the 4th Hebrew month of Tammuz and marks the beginning of the three-week mourning period leading up to Tisha B’Av.

According to the Mishnah, five calamities befell the Jewish people on the day: Moses broke the two tablets of stone on Mount Sinai; the daily korban or tamid offering ceased to be brought; the city walls were breached during the Roman siege of Jerusalem, leading to the destruction of the Second Temple on Tisha B'Av; before Bar Kokhba’s revolt, the Roman military leader Apostomus burned a Torah scroll; and King Menashe, one of the worst of the Jewish kings, placed an idol placed in the Holy Sanctuary of the Temple.

The fast also recalls the walls of Jerusalem being breached in 1095 during the First Crusade; Pope Gregory IX confiscating all manuscripts of the Talmud in 1239, the attacks on Jewish communities in Toledo and Jaen in 1391, when more than 4,000 Jews were murdered, the attack on the Jewish quarter in Prague in 1559, when homes and synagogues were looted and burned, and the liquidation of the Kovno Ghetto in 1944.

During the morning service on the 17th of Tammuz, a paragraph is added to the Amidah prayer, Avinu Malkeinu is recited, and there is a special Torah reading. During the afternoon service, all of the changes to the morning service are repeated, and Ashkenazim read a special Haftarah from the Book of Isaiah. Sephardim add the prayer Aneinu to the Shaharit Amidah.

For my reflections this Friday evening, I am contemplating the words of the prayer Alienu: 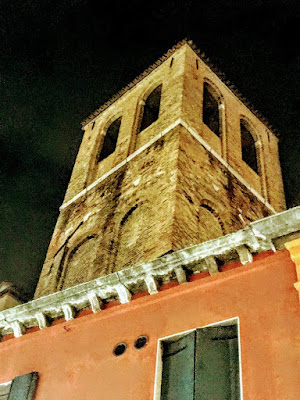 The Tower of Santa Sofia rises above the shopfronts that hide the church (Photograph: Patrick Comerford)

My photographs this week are from churches in Venice. This morning (25 June 2021), my photographs are from the Church of Santa Sofia in Cannaregio. 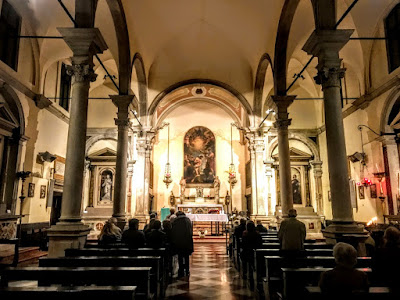 Inside the Church of Santa Sofia … brought back to life in 1836 (Photograph: Patrick Comerford)

There was a wooden church dedicated to Sant Sofia or the Wisdom of God in Venice from as early as 886.

The church was bought back in 1836, it was cleared of debris, and was re-consecrated. However, the ground floor of the façade and bell tower of the church are screened behind the buildings on the street front, making it easy to pass this church without noticing it. The discreet entry to the church is through what looks like a shop door. 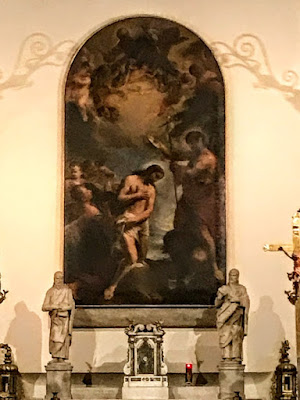 ‘The Baptism of Christ’ by Girolamo Heinz above the main altar in Santa Sofia (Photograph: Patrick Comerford)

1 When Jesus had come down from the mountain, great crowds followed him; 2 and there was a leper who came to him and knelt before him, saying, ‘Lord, if you choose, you can make me clean.’ 3 He stretched out his hand and touched him, saying, ‘I do choose. Be made clean!’ Immediately his leprosy was cleansed. 4Then Jesus said to him, ‘See that you say nothing to anyone; but go, show yourself to the priest, and offer the gift that Moses commanded, as a testimony to them.’ 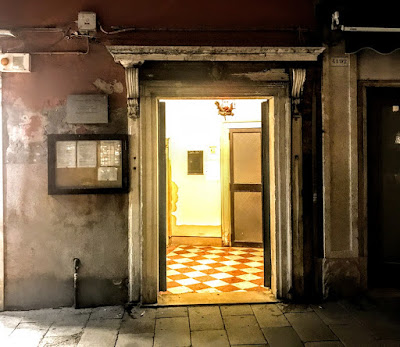 The discreet entrance to Santa Sofia could be mistaken for a shop door (Photograph: Patrick Comerford)

We pray for those who have lost a spouse or partner, both recently or long ago. May their wounds heal and their memories bring happiness. 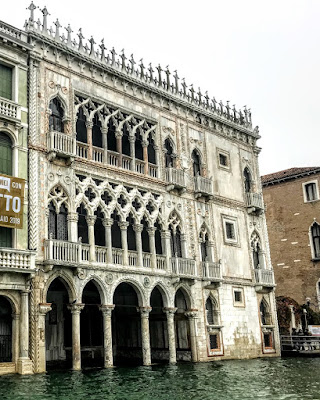 The Church of Santa Sofia is not to be confused with the Palazzo Santa Sofia, also known as Ca’ d’Oro (Photographs: Patrick Comerford)