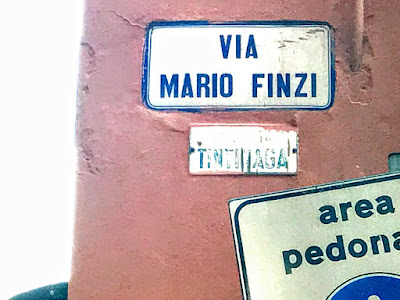 Vicolo Tintinaga has been renamed Via Mario Finzi in honour of a Jewish hero of the resistance in Bologna (Photograph: Patrick Comerford, 2017)

The street is just three minutes’ walk west of Piazza Maggiore in the heart of the historic centre of Bologna. Originally named Vicolo Tintinaga, it was renamed Via Mario Finzi in honour of a hero of the resistance, Mario Finzi (1913-1945), who is named on the Holocaust memorial on the façade of the synagogue.

Mario Finzi was a Jewish magistrate and judge and a talented musician who was born in Bologna in 1913, the son of teachers.

Finzi was a talented musician and pianist, and was already a magistrate and a judge at the age of 24. He began his legal career in Milan in 1938, but he was soon hampered by the Fascist racist laws promulgated that year. He then moved to Paris, where he dedicated himself totally to a life as a musician, working as a pianist on a contract with French Radio.

His name is kept alive in Bologna today on the pedestrianised street where Bologna’s main synagogue stands. 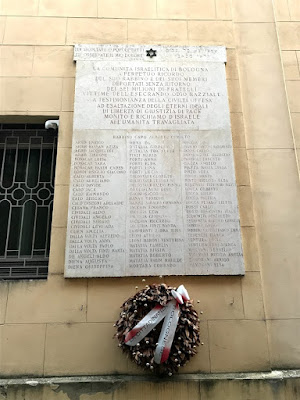 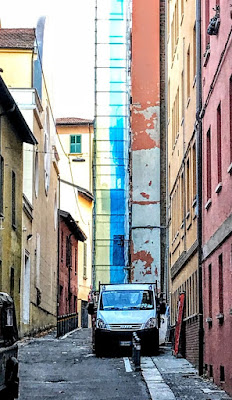