A circular search for
Wittgenstein’s Dublin 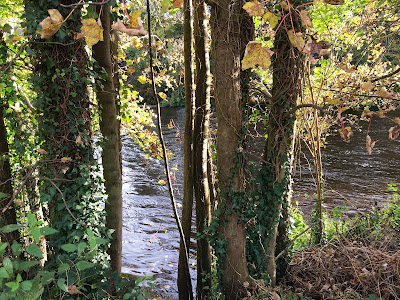 By the River Liffey at the Strawberry Beds this afternoon (Photograph: Patrick Comerford, 2014)

Following an afternoon in the National Botanic Gardens in Glasnevin last week, I have started working on a short paper on the Austrian philosopher, Ludwig Wittgenstein, and the Irish doctor and former Anglican ordinand, Dr Martin O’Connor (‘Con’) Drury, who persuaded him to move to Ireland in the late 1940s.

Wittgenstein spent solitary moments in thought and contemplation on the steps inside the Great Palm House in the Botanic Gardens. He spent some of his time in Ireland living in Ross’s Hotel, now the Ashling Hotel, in Parkgate Street, close to Kingsbridge and the Phoenix Park.

But the philosopher’s time in the Dublin hotel, from November 1948 to June 1949, was never completely happy. 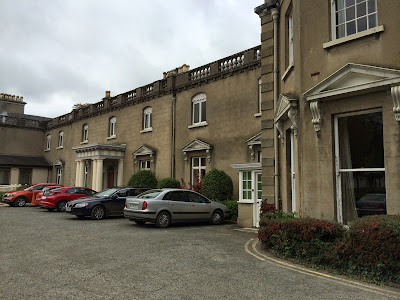 Saint Edmundsbury’s Hospital, Lucan, where Dr Con Drury was on the staff as a psychiatrist (Photograph: Patrick Comerford, 2014)

Con Drury’s patients included Annemarie (Anny) Bertel, the wife of another great Austrian intellectual, the physicist and Erwin Schrödinger, who was living in Dublin at the same time.

Schrödinger was living in Clontarf and was a Professor at the Dublin Institute for Advanced Studies and where Con Drury's son, Luke, would later become Senior Professor of Astrophysics in the School of Cosmic Physics.

At Saint Edmundsbury’s, Con Drury treated Anny Schrödinger for depression, and another patient was Yorick Smythies, one of the close friends who later gathered around Wittgenstein’s death-bed in Cambridge.

After visiting some family members in Lucan this afternoon, I stopped briefly to photograph Saint Edmundsbury’s, which stands in its own grounds sloping down to the banks of the River Liffey and looking across to the Strawberry Beds, west of Chapelizod. 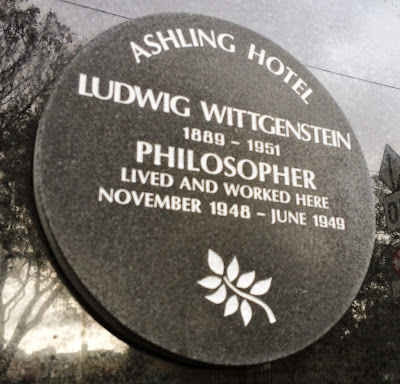 From there, two of us drove back towards Kingsbridge and Heuston Station to photograph the plaque unveiled at the Ashling Hotel in 1989 to commemorate Wittgenstein few months in Ross’s Hotel.

From Parkgate Street, we turned into to the Phoenix Park and at Farmeligh House we had afternoon coffee in the Boathouse, sitting on the decking looking out onto the pleasure lake where the Guinness family once went boating. 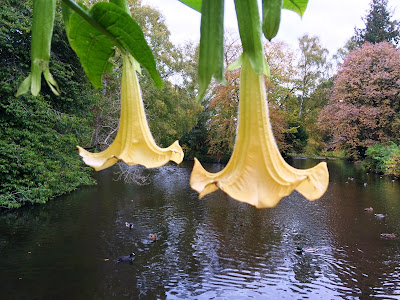 On the decking at the Boathouse Café at Farmleigh House (Photograph: Patrick Comerford, 2014)

We took a wrong turn out of the Phoenix Park at Knockmaroon Hill and ended up driving west along the Strawberry Beds on the north side of the River Liffey, between Chapelizod and Lucan.

Much of the land in this area once belonged to the Guinness family and the area – once devoted to market gardening, including the cultivation of strawberries – remains largely unspoiled despite modern building and developments.

This part of the Liffey Valley is also known for the Liffey Descent, and a number of river-side places offer training in kayaks, canoes and rowing.

There were three inviting pubs on the north side of this narrow country lane – the Angler’s Rest, and the Wren’s Nest. On the opposite side of the river we could see the Hermitage Golf Club, and the slopes behind Saint Edmundsbury’s Hospital. In our search for Wittgenstein’s Dublin, we had come full circle.