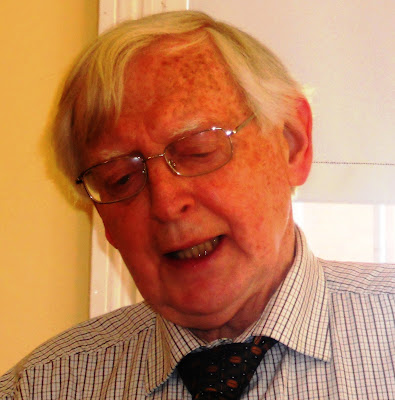 Sean Freyne was buried this evening in his native Co Mayo after his Funeral Mass in Rathmines, celebrated earlier in the day by Father Enda McDonagh. 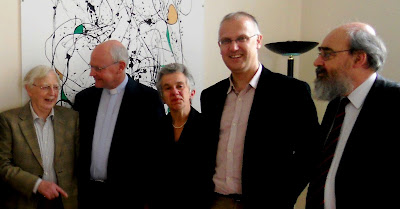 It was fitting that the attendance at his funeral in Rathmines included so many of his former students and so many former colleagues and friends from Trinity College Dublin, Saint Patrick’s College, Maynooth, Mater Dei Institute, Dublin City University, Milltown and other centres for academic theology.

There too were many priest colleagues – and we were reminded that Sean remained a priest until his death – President Michael D Higgins, former President Mary McAleese, and poet John F Deane, another Mayoman.

As he was dying, Father Enda recalled this morning, Sean asked his wife on Monday to read for him the Memorare:

Remember, O most gracious Virgin Mary,
that never was it known
that any one who fled to your protection,
implored your help or sought your intercession,
was left unaided.
Inspired with this confidence, I fly unto you,
O Virgin of virgins, my Mother.
To you I come, before you I stand,
sinful and sorrowful;
O Mother of the Word Incarnate,
despise not my petitions, but in your mercy
hear and answer me.
Amen.

He then turned to Gail, said “Thank you,” and died.

In recent years, Sean was the Director of the Centre for Mediterranean and Near Eastern Studies in Trinity College Dublin and Emeritus Professor of Theology in the School of Religions and Theology at Trinity College.

His academic interests included a study of Galilee in the Hellenistic and Roman periods, the historical Jesus, the Gospels, and aspects of early Jewish and early Christian history. He has published many articles on these topics and several books, most recently Jesus a Jewish Galilean: A New Reading of the Jesus Story.

Earlier this week, Professor McAleese, who had once been a colleague in TCD, described him as “an absolute gentleman … the quintessential Irishman, always asking the probing question.” She said his death was “a huge loss to theology.”

Dr Freyne lectured widely internationally and was Visiting Professor of Early Christian History and Literature at Harvard Divinity School, as well as lecturing in the University of Queensland in Brisbane, Australia.

At one time he was president of the International Society for the Study of the New Testament. He was also a member of the Royal Irish Academy, a Fellow of Trinity College, Dublin, and a trustee of the Chester Beatty Library, Dublin.

Sean was born on 23 April 1935, a native of Tooreen. He captained the Mayo minor team that won the All-Ireland in 1953, but was barred from playing in the final by the po-faced authorities of the day in Maynooth. As his coffin was being carried out of the church, shoulder-high, it was draped in the green-and-red flag of the Mayo football team.

Sean was laid to rest in Culmore graveyard, Kilkelly, Co May, this afternoon. He is survived by his wife Gail and daughters Bridget and Sarah. 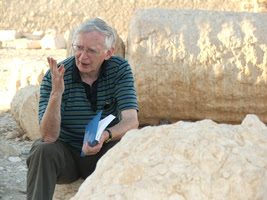 At the funeral we were handed a card with a photograph taken of Sean in Syria in 2005, and with a prayer he had said daily in the last few weeks:

Before we reach the close of day,
Creator of the world, we pray,
That in your mercy you will keep
A guard around us while we sleep.

As we to end of life draw near,
Console us, Lord, remove our fear,
May we with light and grace be blessed
And find in you eternal rest.

Most loving God, hear our plea!
You rule the world with equity,
Together with your only Son,
And with your Spirit, Three in One.