‘Thy Kingdom Come! Prayer and Mission in the building of The Kingdom’ 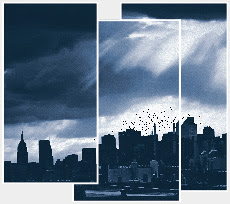 ‘Thy Kingdom Come! Prayer and Mission in the building of The Kingdom.’ This is the theme of a one-day conference being organised by Affirming Catholicism in Saint Matthew’s, Westminster, on Thursday, 30 June, 2011.

Originally, Affirming Catholicism had planned residential conference at Liverpool Hope University from 29 June to 1 July on the theme, “Praying the Kingdom,” and I was invited to lead a workshop on “Prayer, mission and building the kingdom: the work of USPG.”

However, circumstances have changed, and a new programme has been announced for a one-day conference in Saint Matthew’s, Westminster. 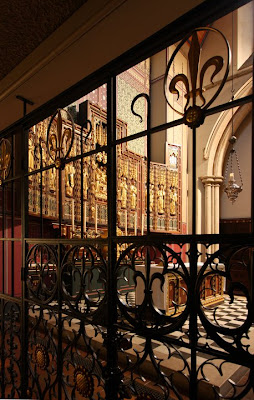 The conference begins with arrival and registration at 9:30 a.m. on 30 June.

The opening speaker, Bishop Musonda Trevor Mwamba of Botswana, is to speak on “Dancing in a rainbow of prayer: the magical journey to wholeness.” Bishop Trevor is the best-selling author of Dancing Sermons. He also appears as himself in a number of Alexander McCall Smith’s bestselling books, The No.1 Ladies’ Detective Agency, as well as in the movie. He served in Notting Hill in London and in his native Zambia before moving to Botswana.

Later in the morning, Janet Morley speaks on an interesting title: “‘It is dangerous to read newspapers’ (Margaret Atwood): risk, hope and the practice of praying the kingdom.” Janet Morley is the author of several books of prayers, including All Desires Known and Bread of Tomorrow – praying with the world’s poor. She is currently preparing for SPCK an anthology of poems, with reflective commentaries, for use in Lent and Eastertide.

There is a mid-day Eucharist, and after lunch I have been invited to speak on: “Prayer, mission and building the kingdom: the work of USPG.”

Later in the afternoon, Bishop William Mchombo of Eastern Zambia speaks on: “Proclaiming the Kingdom in the current situation of the Anglican Communion.” Bishop William Mchombo is Bishop of Eastern Zambia and Acting Provincial Secretary of the Church of the Province of Central Africa. He also serves on the Inter-Anglican Standing Commission on Unity, Faith and Order. He has been closely involved in developing resources to help churches and communities respond to the challenges facing them, especially HIV-AIDS.

The one-day conference concludes with a discussion, an option for silent meditation, and Evening Prayer.

The registration fee is £25, to be paid on the day.