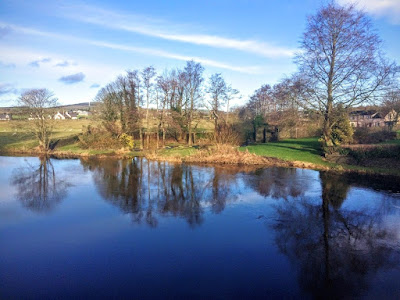 Calm after the storm … the River Slaney at Clohamon, Co Wexford, this afternoon (Photograph: Patrick Comerford, 2016)

During the past week, I have been working on sermons [here and here] in Saint Bartholomew’s Church, Ballsbridge, on Sunday morning on the Baptism of Christ in the River Jordan and on a magazine feature on the kidnap 300 years ago of James Annesley, the former Bunclody schoolboy who was heir to the Annesley estates and titles in Co Wexford.

Late this morning, two of us decided to go to Wexford to research photographs to illustrate the magazine feature in Bunclody and Camolin, but also to see the effects of flooding throughout the Slaney area over the past few weeks.

The weather forecasters are predicting that the worst of the flooding in Ireland is over, and that we are moving from very wet weather to very cold weather in the coming weeks.

But the damage caused by the floods is going to be seen in fields and on roads alongside every major river in this country for months to come. 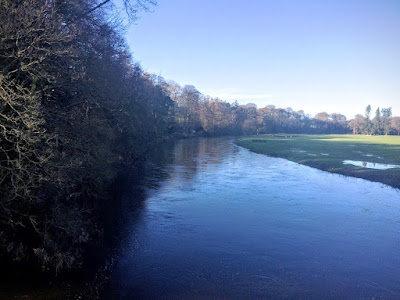 A few weeks ago, I had decided that valour was the better part of discretion, and have up on my efforts to climb down the steps by the bridge in Bunclody to green grassy banks of the River Slaney.

At lunchtime today, those same lush green areas were covered in large parts by water where the fast-flowing river had overflown its banks. 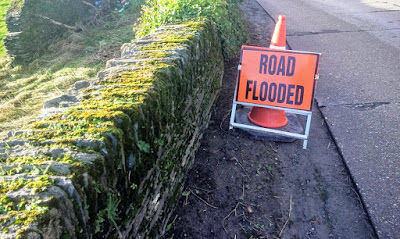 At the bridge over the Slaney in Clohamon, signs are still in place warning of road closures and flooding, and the river thundered under the five arches of the bridge leading into the village. 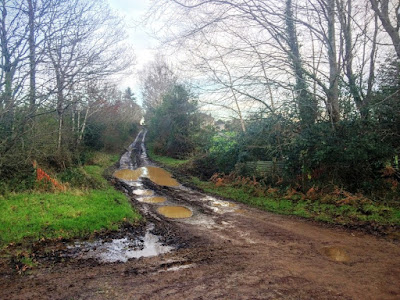 Mud and water on side roads outside Camolin, Co Wexford, this afternoon (Photograph: Patrick Comerford, 2016)

In Camolin, as we searched for Camolin Park, the site of a former home of the Annesley family, many of the fields, side roads and bohreens were covered in water and mud.

We drove back to Ferns, and then further south to Enniscorthy, where some people have been resilient in their humour as they deal with flood after flood, and have referred to the town on social media as “Venice-corthy.”

We continued on along the east bank of the Slaney to Wexford through Ferrycarrig, where the recent floods have left water on one side of the bend of the road under the railway line.

Later, after strolling through the streets of Wexford, we had dinner in the Ferrycarrig Hotel, looking out onto the Slaney Estuary. By now, however, it was dark, and we did not venture out onto the riverbank.

But I wondered how Sunday morning’s Gospel reading (Luke 3: 15-17, 21-22), with the story of the parting of the waters of the river, is going to offer hope to people who still suffering in their farms, their homes, their businesses, and on their journeys. 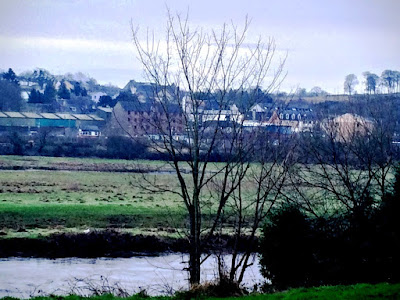