With the Saints through Advent (13): 12 December, Saint Finnian of Clonard 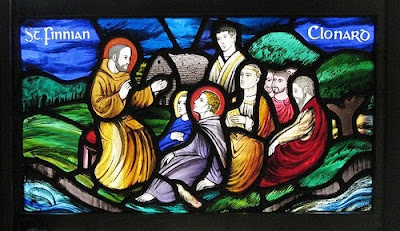 Saint Finnian of Clonard ... his monastery trained the ‘Twelve Apostles of Ireland’

We are half-way through Advent this year. The Abbot Saint Finnian of Clonard, in the Diocese of Meath, is commemorated today [12 December] in the calendar of the Church of Ireland, and in Celtic Daily Prayer of the Northumbria Community.

Clonard (Cluain Ioraird, “Iorard’s meadow”), is now a small village in Co Meath, between Kinnegad and Enfield, north of the M4. The M4 has further isolated this small mopmastic site, so that it is hard to imagine that this was once an important centre of learning and one of the most important and earliest monasteries in Ireland.

However, the memory of Palladius has faded in Clonard in favour of Saint Finnian, who founded his monastery here in the sixth century. 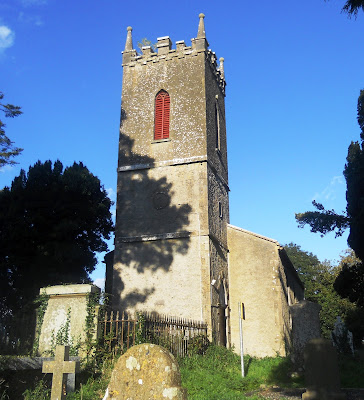 Saint Finnian’s, the former Church of Ireland parish church on the edges of Clonard village, has been closed since 1991. But this is the heart of the ancient monastic site and the church was, inevitably, known as Saint Finnian’s.

Saint Finnian was born at Myshall, Co Carlow. He is said to have studied under Saint Cadoc at Llancarfan, Glamorganshire, and spent 30 years in Wales before returning to Ireland, where his first monastery was at Aghowle, Co Wicklow. Around 520, he was led by an angel to Clonard, on the banks of the River Boyne, on an expanse of land between the kingdoms of Meath and Leinster.

He was told this would be the place of his resurrection, and there he built a little cell and a church of clay and wattle. Towards the end of his life, Finnian was struck down by plague, and moved out of Clonard to prevent infection to others. He went to nearby Ross Findchuill, singing Psalm 132: “Here shall I rest.” One of his last acts was to receive communion from his former pupil, Columb son of Crimhthan.

Saint Finnian died about 549 and was buried on the site, perhaps in the church that was later replaced by the Church of Ireland parish church. The church at Ros Findchuil, where he spent his final days, lay within an enclosure known as lios an memra or the enclosure of the shrine. His relics were kept there and his grave lay below.

The entrance to Saint Finnian’s Church is at the end of an overgrown, tree-lined drive (Photograph: Patrick Comerford, 2012)

After the death of Siant Finnian, Clonard became known as a distinguished seat of learning in Ireland, and students from all over Ireland and these islands, and from France and Germany came to study here, so that at one time the school had 3,000 students.

Life in his monastery was based on the ascetic models of the monasteries in Tours and Llancarfan, where Saint Finnian had received his monastic training. The Penitential of Finnian prescribed hard penances for misdemeanours, particularly those involving sexual misconduct, oath-taking and magic. 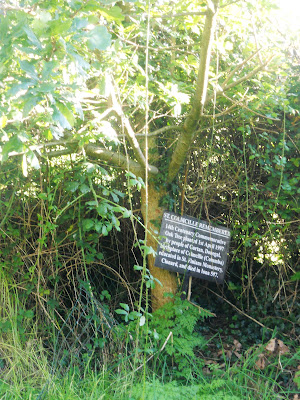 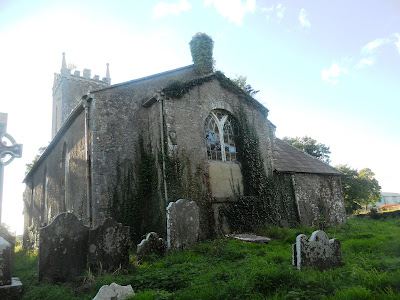 The remains of this church stand at the end of a long, overgrown path. It was built in 1808 by James Bell, with loan of £400 from the Board of First Fruits. It replaced an older church that had fallen into disrepair, and that stood on the site of the earlier abbey church.

Saint Finnian’s Church has no windows on the north side (Photograph: Patrick Comerford, 2012) 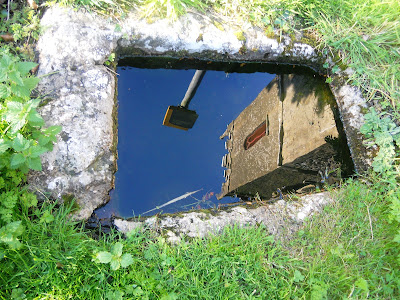 Saint Finnian’s Church reflected in the Trough ... this may have been the lavabo of the monastery and is associated with many local superstitions (Photograph: Patrick Comerford, 2012) 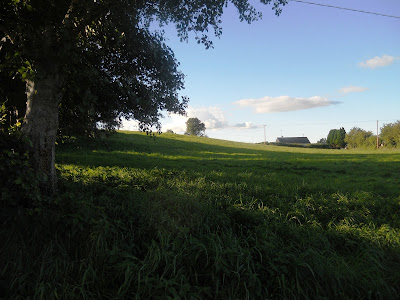 Beyond the old parish church is Ard na Reilige, the “high cemetery.” Saint Finnian selected this raised grassy site as the site of his first church in Clonard. The church was later moved westward, and the site at Ard na Reilige became the monastic cemetery. It continued to be used as a cemetery until the late 17th century. 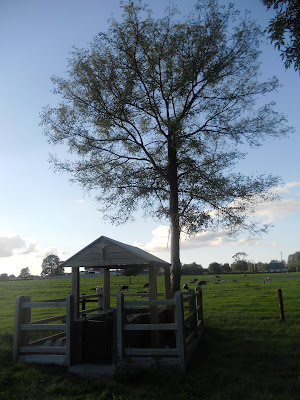 From there it is a short distance further to Saint Finnian’s Well. When he came to Clonard, Saint Finnian’s first acts were to build a church and to sink a well. Monastery wells were sources for holy water and may have been used as baptisteries. 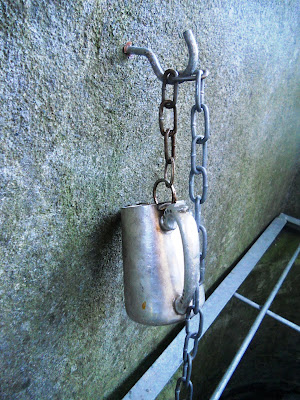 Saint Finnian’s is the Roman Catholic parish church in Clonard village. This church was built in the mid-19th century, on the site of an earlier church. The church windows depict scenes from the life of Saint Finnian and life in his monastery. The church also has the panelled, mediaeval stone Baptismal Font that was brought there in 1991 when the Church of Ireland parish church was closed. The font is octagonal in shape with deeply chamfered under panels depicting scenes from the life of Christ.

The Northumbria Community suggests the following readings for today: