Photographs on the cover
of a new handbook 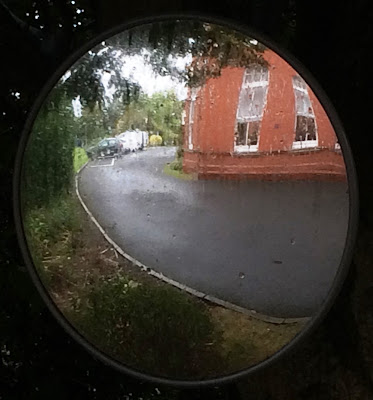 Autumnal rain in the mirror … a photograph on the cover of the CITI handbook for the new academic year (Photograph: Patrick Comerford, 2015)

In the past 18 months or so, my photographs have been used in an exhibition organised by Lichfield Discovered and the Lichfield Waterworks Trust in Saint Mary’s Church, Lichfield, as part of the programme for Lichfield Heritage Weekend, in a new book edited by Professor Salvador Ryan of Maynooth, in the Advent 2014 Catalogue from DM Hay, for a fund-raising campaign by Jesus College Boat Club in Cambridge, for a series of evening events in Grosvenor Road Baptist Church, for a quiz on the Late, Late Show, and on the weather forecast on BBC Midlands.

A new academic year means a new Handbook is produced for the staff and students at the Church of Ireland Theological Institute, and three of my photographs illustrate the front cover of the new handbook for the academic year 2014-2015 which began this week.

Inside the repainted and redecorated chapel at CITI (Photograph: Patrick Comerford, 2015)

During the summer, the chapel has been repainted and redecorated. The chapel and our liturgical and worship life are at the heart of community life in the institute, so this seems to be an appropriate photograph at the top of the cover.

The third photograph on the front cover shows the bright, colourful courtyard garden beside the dining room. The plants and the colours are a reminder of how bright spring and summer can be at CITI.

Colour in the courtyard … the third photograph on the cover of the new handbook (Photograph: Patrick Comerford, 2015)

The following collage is also included in the updated ‘Suggestions and guidelines for leading worship in the chapel’: 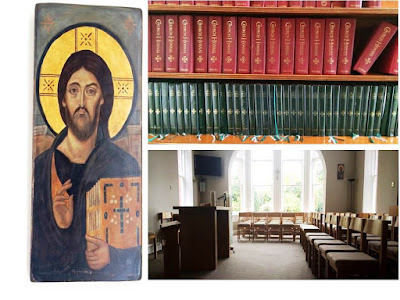 Guidelines for leading worship in the chapel (Photographs: Patrick Comerford, 2015)