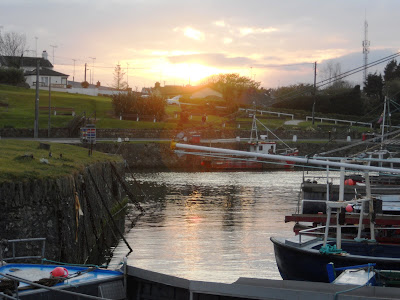 I was back at my desk for a few hours this morning. Despite the weather forecast warnings of rain, bright sunshine was streaming into my room, and at lunchtime I headed south to Wexford to meet some friends in the Library.

In the 1990s, I had collected and accumulated a number of books and pamphlets about the 1798 Rising. They were useful reading at the time as I prepared papers and lectures on the contribution of members of the Church of Ireland to the events of the time. But they have been in my attic for so long, unopened for almost a decade and a half, I thought they would find better homes on library shelves.

The conversation in Wexford Town Library, off Redmond Square, included health, life, literacy, families and old age, the fortunes of local historians and local history societies, old friends like Nicky Furlong and Monsignor Patrick Corish, modern architecture and the works of Pugin, Pierce and McCarthy, and the patronage of the Talbot and Redmond family that helped the blossoming of the Gothic Revival in Co Wexford in the 1830s and 1840s ... and Easter and the hope for new life. 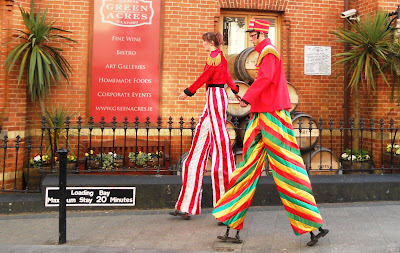 Outside I bumped into Liam Gaul, who is enthusiastic about his plans for a lecture in Saint Michael’s Hall next week on the songwriter PJ McCaul.

It was after 4 before we slipped into La Dolce Vita below Selskar Abbey in Selskar Square for a late lunch. Outside, there is a new statue by Mark Richards to the Wexford hurling great, Nickey Rackard (1922-1976), which was unveiled late last month by the Mayor of Wexford, Davy Hynes.

Nicky Rackard led the revolution of hurling in Co Wexford in the 1950s along with his brothers Bobby and Billy, taking the county to two All-Irelands in 1955 and 1956. 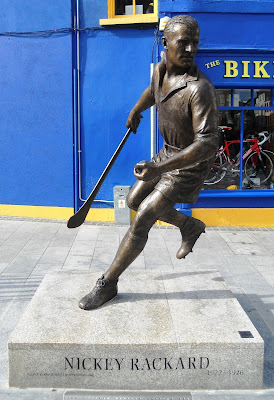 Further up the Main Street, we dropped into Saint Iberius Church, where Máire Flavin, mezzo soprano, and Simon Lepper, piano were rehearsing for tonight’s concert as part of the Music for Wexford 2012 programme. The programme includes works and compositions by Henri Duparc, Hector Berlioz, Clara Schumann and Robert Schumann, with some of the works by Berlioz translated by Máire Flavin herself. 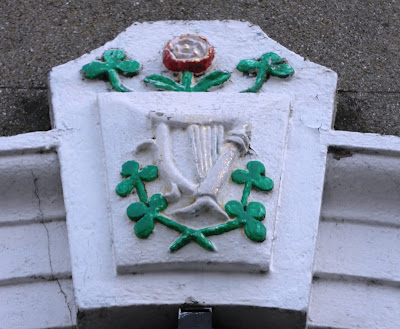 We strolled back up through Allen Street, Saint Patrick Street, High Street, Mary Street, and School Street, into the Friary grounds, and then across to Rowe Street Church, where there was a warm welcome. However, every effort to locate the 17th century “Comerford Chalice” in the hope of photographing it failed. But then it’s another excuse for another return visit to Wexford soon – as if I need an excuse.

The conversation continued – about the Minton tiles, the East Window, Pugin’s churches in Barntown and Tagoat, the hymns of Henry Francis Lyte, the clergy of the Diocese of Ferns, prayers on Good Friday and celebrating Easter Day, 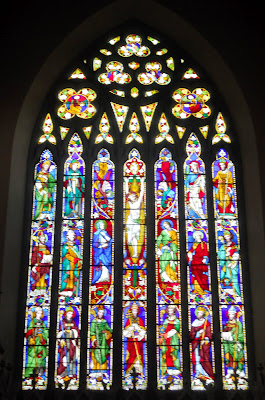 It was still a bright evening as we were leaving Wexford long after 6.30. As we drove from Ferrycarrig through Oylegate and Edermine along the east bank of the River Slaney, towards Enniscorthy, with pink and purple clouds to the over Killurin and Bree to the West, we realised there was a beautiful opportunity for a walk on the beach. The only question was whether we should we turn off for Curracloe, Kilmuckridge or Courtown.

Eventually at Gorey we turned east to Courtown. The village was busy with weekenders, down at their mobile homes and caravans before their children go back to school next week. The tide was in, covering the sand and lapping against the rocks, and a walk on the beach was out of question. But as we walked on towards the harbour the setting sun burst through the clouds and cast a golden shimmer on the water and the sheltering boats. One boat was called Galilean Shore.

That Easter glow continued in the western skies as we drove on up through Co Wicklow. It was dark by the time we got to Dublin. 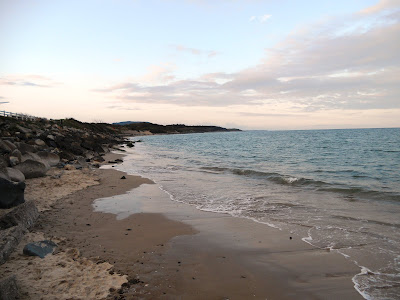 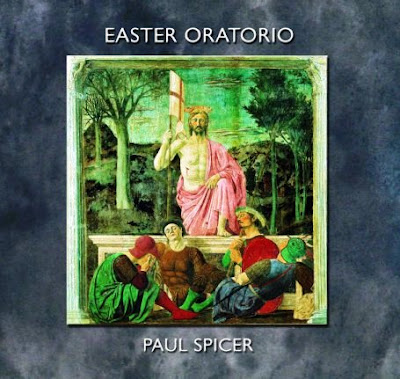 Easter Oratorio by Paul Spicer, with words by Tom Wright, was recorded on a double CD for the BBC in 2005

My choice of a Poem for Easter today is a modern hymn with poetic qualities. ‘Easter Hymn 6’ is one of six hymns in the libretto written by Tom Wright for Paul Spicer’s Easter Oratorio.

At the time, the two men were neighbours in the Cathedral Close in Lichfield – Tom Wright was then the Dean of Lichfield and Paul Spicer was still the Artistic Director of the Lichfield International Arts Festival. The oratorio was conceived in 1998 to mark the 1,300th anniversary of the founding of Lichfield Cathedral, and while its first performance was in Ely Cathedral, it received its proper première at the Lichfield Festival on 15 July 2000. The celebrations that year of the 250th anniversary of Bach’s death also left its mark on the score.

The Easter Oratorio begins where the Passion narratives end, with Christ’s body in the tomb and is divided into two parts: Part 1, The New Day; Part 2, The New Calling. It is based on the ground plan of one of Bach’s Passions, with a mixture of choruses, recitatives, arias, chorales and hymns.

Paul Spicer says he “tried to write the work so that it is accessible to good choral societies.”

The words are based closely on Saint John’s Gospel (Chapters 20 and 21), beginning where the Passion ends, with Christ entombed

It was recorded on a double CD in 2005 for the BBC over several days in the spacious acoustics of Hawksyard Priory, near Armitage – I have many happy memories, including musical memories of Spode House and Hawksyard Priory from my late teens and early 20s, when the folk masses organised by the Dominicans there were popular with my friends from around Lichfield and Rugeley.

On that BBC recording, Spicer’s own Birmingham Bach Choir, under his baton, is joined by the Lichfield Cathedral Choristers and the Lichfield Cathedral Special Choir, the English Symphony Orchestra, organist Alexander Mason and an impressive array of soloists headed by the soprano Rachel Nicholls as Mary. The Independent described it as “almost operatic in its inherent drama and memorable tunes.”

Paul Spicer hopes that his Easter Oratorio “will prove useful and attractive to choirs who might be seeking an alternative to the Bach repertoire to be performed around that time of year.” It would be good to hear it one of our cathedrals next year. 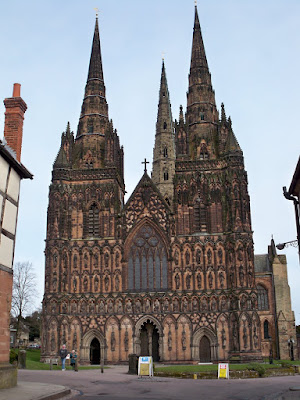 Ye choirs of new Jerusalem
Your sweetest notes employ,
The Paschal victory to hymn
In strains of holy joy.

How Judah’s Lion burst his chains,
And crushed the serpent’s head;
And brought with him, from death’s domains,
The long-imprisoned dead.

From hell’s devouring jaws the prey
Alone our Leader bore;
His ransomed hosts pursue their way
Where he hath gone before.

Triumphant in his glory now
His sceptre ruleth all,
Earth, heaven, and hell before him bow,
And at his footstool fall.

While joyful thus his praise we sing,
His mercy we implore,
Into his palace bright to bring
And keep us evermore. 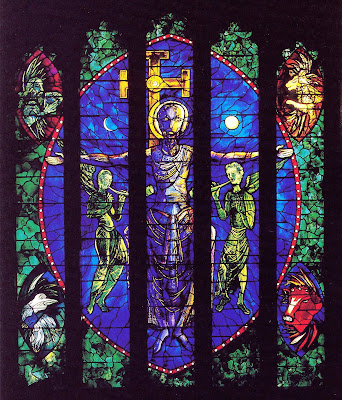