I had planned three days in England this week, taking part in this year’s annual conference of the Anglican mission agency USPG (United Society Partners in the Gospel).

The conference was due to take place from lunchtime today until Wednesday in the High Leigh Conference Centre outside Hoddesdon in Hertfordshire. I had booked an early flight to Stansted this morning (19 July) and a return flight to Dublin on Wednesday night (21 July).

In between, I was hoping to have breakfast in Cambridge this morning and to spend some time in the bookshops in Cambridge, take some walks in the countryside in East Anglia, thinking about a return visit to Sidney Sussex College or to the Institute of Orthodox Christian Studies, and looking forward to a walk along the Backs in this warm summer weather, either this morning or on Wednesday afternoon after the conference had ended.

However, even before the pandemic lockdown regulations were changed by Boris Johnson’s government, both the conference organisers at USPG and management at High Leigh wisely recognised the risks that might be involved in holding what we now know as a ‘corporeal’ meeting that would have drawn so many people together in one place.

The wisdom of this decision is in sharp contrast to the fool-hardy government change in regulations in Britain today and the way last week’s UEFA Euro final in Wembley was allowed to create a ‘super-spreader event’ outside the stadium.

Instead, this year’s USPG conference has become a virtual conference, and all conference sessions are taking place online.

This is my last conference as a trustee of USPG after serving two terms of three years, and I am missing the opportunity to meet many old friends and colleagues in person. At every conference, much of the valuable work is done and the important personal contacts are made on the sidelines, at meals or even during the social occasions at the end of the day … and I am missing all these opportunities. And I know I am going to miss the celebration of the morning Eucharist that creates real fellowship and communion between all participants in the conference each year.

Appropriately, this year’s conference them is ‘Such a Time as This.’ The title is inspired by Mordecai's suggestion to Esther that she may find herself in her present predicament or position to intervent on behalf of a people who face relief and deliverance or perishing (Esther 4:14).

We have not witnessed ‘such a time as this’ on a global scale of pandemic, ecological crisis and racial divisions in living memory. This year’s conference is addressing questions such as:

What do these major global factors say to the mission of the Anglican Church?

How can USPG and our partners speak prophetically into these important issues alongside supporting Churches in their community responses?

Four live-streamed sessions are taking place throughout these three days, with the first session this afternoon (19 July) looking at ‘Solidarity and global mission in the Age of Covid.’

The keynote speaker this afternoon was the Revd Duncan Dormor, General Secretary USPG.

He spoke of USPG’s vision for the Churches of the Anglican Communion to experience deeper fellowship together in Christ and be sources of transformation within their communities and beyond.

He spoke of the need for deepl listening, the courage to say difficult things and a commitment to ecological justice, telling us ‘there is no redemption without God’s creation.’

A round-up of the work of USPG over the past 12 months was provided by both Rachel Parry and Canon Richard Bartlett, which included many webinars, online seminars and online sermons. The annual founders’ day or Bray Day webinar in February, addressed by former Archbishop of Canterbury Rowan Williams, was attended by over 300 people from over 30 countries, making it the largest USPG online event so far.

In addition, tomorrow’s programme includes a meeting of the trustees of USPG, and my six-year term as a trustee of USPG is due to conclude at that meeting. 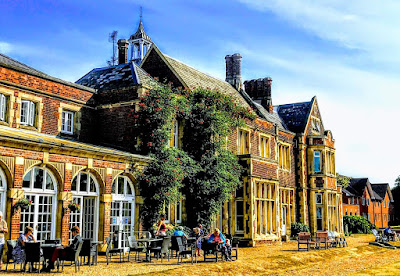 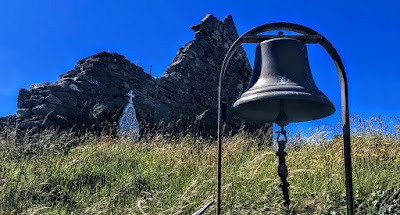 Cape Clear Island off the coast of Co Cork is intimately linked with the legends surrounding the life of Saint Ciarán (Photograph: Patrick Comerford, 2021)

I had planned to be in High Leigh these days for the annual conference of the Anglican mission agency USPG (United Society Partners in the Gospel). But the pandemic means the conference has become a virtual event, beginning today, and continuing until Wednesday.

I introduced this week’s theme of island churches with Saint Mary’s Cathedral on Scattery Island yesterday (18 July 2021), and this series has already featured Saint Thomas’ Church in Dugort on Achill Island, Co May (28 March 2021).

This morning (19 July 2021), my photographs are from the church and church ruins on Cape Clear Island, off the coast of West Cork, which I visited last month. 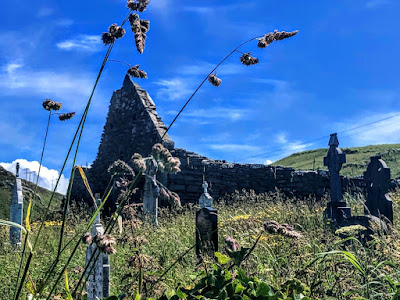 Visiting the island last month, I also found I was visiting Ireland’s most southerly churches.

The other sites on the island include megalithic standing stones, a 5,000-year-old Neolithic passage grave, the ruins of Dún an Óir, a 14th promontory fort or castle built by the O’Driscolls in the 14th century and destroyed by cannon in the early 1600s, and a signal tower dating from the Napoleonic Wars. More modern additions to the island include a lighthouse, a bird observatory and two Irish summer colleges for secondary school pupils.

The island population is about 140. The primary school was built in 1897, and the island has a restaurant, shop and pubs, and a new café overlooking the harbour opened at the beginning of this summer.

Cape Clear’s remote location and the wild scenery, sparkling harbours, cliffs, bogs and the lake all contribute to the island’s unspoilt charm. 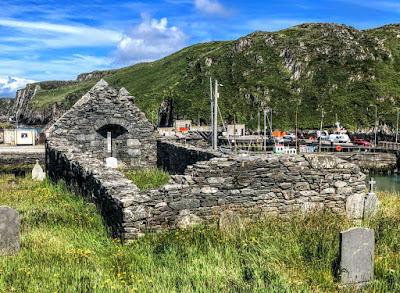 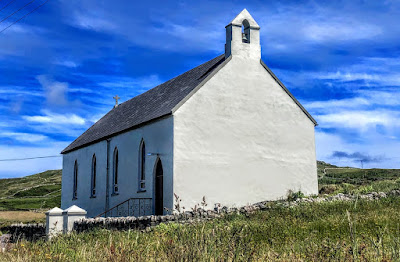 Let us pray for the USPG conference, giving thanks for all in attendance and those who planned the event. May we use this opportunity to amplify voices from across the Anglican Communion as we seek to deepen existing partnerships and begin new friendships. 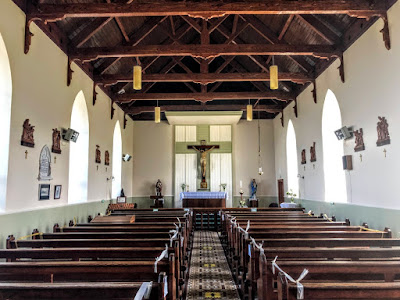 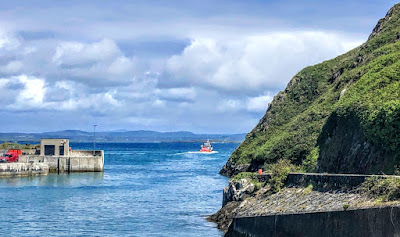