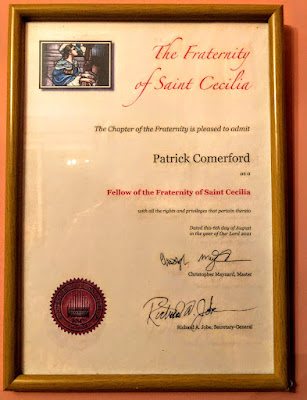 With the Saints through Christmas (21):
15 January 2022, Saint Macarius of Egypt 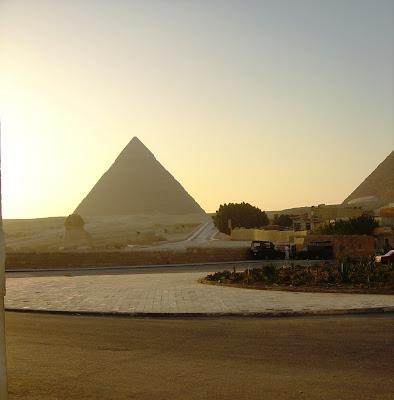 The Sphinx and the pyramids at sunset … Saint Macarius and the Desert Fathers had a major influence on the development of Christian spirituality (Photograph: Patrick Comerford)

This has been a busy week, with meetings in Askeaton, Limerick and Dublin, and columns to write for diocesan magazines.

I was in Dublin yesterday (14 January) for a meeting in Christ Church Cathedral, and returned to the Rectory in Askeaton last night, with the final touches to put to tomorrow’s services in Saint Mary’s Church, Askeaton, Co Limerick, and Saint Brendan’s Church, Tarbert, Co Kerry. But, before this day gets busy, I am taking some time early this morning for prayer, reflection and reading.

This morning, I am reflecting on the life of Saint Macarius of Egypt, one of the ‘Desert Fathers’ and a key figure in Patristic writings.

Saint Macarius of Egypt, also known as Macarius the Elder, Macarius the Great, or Abu Maqqar, was born in Upper Egypt ca 300.

He began life as a shepherd in the desert region of Skete. He was once falsely accused of assaulting a woman, but was acquitted and became a hermit. He became a spiritual student of Saint Anthony the Abbot, and later founded a monastic community in Skete.

Saint Macarius was ordained at age 40. His sanctity drew followers, and his desert community numbered thousands at his death. Fought Arianism, and was exiled for this.

He died of natural causes in the year 390.

I have visited the Monastery of Saint Macarius in Wadi Natrun in the Western Desert. Each day, this monastery receives large numbers of Egyptian and foreign visitors, sometimes as many as 1,000 a day, both Christian and Muslim. Despite recent upheavals and violence in Egypt, this monastery is playing a significant role in the spiritual awakening of the Coptic Church.

The monastery website says: ‘We receive all our visitors, no matter what their religious conviction, with joy, warmth and graciousness, not out of a mistaken optimism, but in genuine and sincere love for each person.’

Going out into the desert to this monastery is not a retreat from the world; it is an invitation to a new commitment to renewal, ecumenism and dialogue.

A prayer of Saint Macarius of Egypt:

Lord, be merciful now that my life is approaching its end, and the evening awaits me. There is not enough time for me to cleanse myself of my sins, for they are so many. Heal me while I am still on earth, and I shall be truly healthy. In your mercy, move me to repent so that I shall not be ashamed when I meet you in heaven. 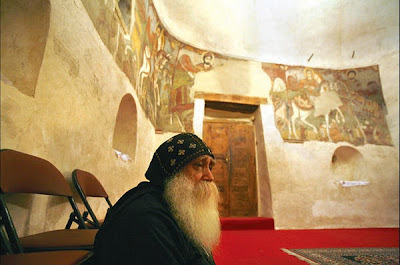 13 Jesus went out again beside the lake; the whole crowd gathered around him, and he taught them. 14 As he was walking along, he saw Levi son of Alphaeus sitting at the tax booth, and he said to him, ‘Follow me.’ And he got up and followed him.

15 And as he sat at dinner in Levi’s house, many tax-collectors and sinners were also sitting with Jesus and his disciples – for there were many who followed him. 16 When the scribes of the Pharisees saw that he was eating with sinners and tax-collectors, they said to his disciples, ‘Why does he eat with tax-collectors and sinners?’ 17 When Jesus heard this, he said to them, ‘Those who are well have no need of a physician, but those who are sick; I have come to call not the righteous but sinners.’

The prayer in the prayer diary of the Anglican mission agency USPG (United Society Partners in the Gospel) invites us to pray this morning (15 January 2022):

We pray for the continued success of long-running HIV prevention initiatives, such as the scheme run by the Mvumi Hospital in Dodoma, Central Tanzania. 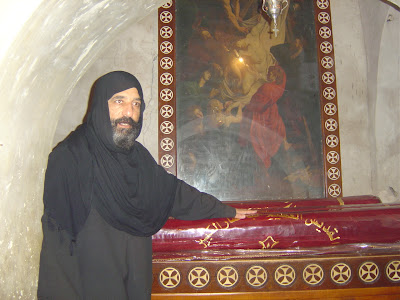 Father Irenaeus, a monk in the Monastery of Abu Maqqar (Saint Makarios) in Wadi al-Natroun, Egypt, shows the crypt of Saint John the Baptist below the northern wall of the church (Photograph: Patrick Comerford)