‘Do not go gentle into that good night’ 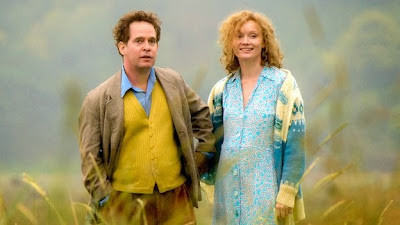 A few nights ago [18 May 2014], I watched the new BBC TV docu-drama starring Tom Hollander of Rev, portraying Dylan Thomas’s fatal last visit to New York in 1953, when the Welsh poet died at the age of 39.

Dylan Thomas is surpassed perhaps only by TS Eliot as the English-language poet of the last century.

In Rev, Tom Hollander plays the Revd Adam Smallbone, the all-too-human vicar of an inner-city parish. But the poet and the priest come together in so many ways, as Welsh priests and poets like RS Thomas and Rowan Williams remind us, for poetry and liturgy are a search for true meaning in words that move beyond literal meaning.

In poetry readings in the 1970s, I drew particularly on both Leonard Cohen and Dylan Thomas. In the case of Dylan Thomas, the poems I read most often included Do not go gentle into that good night, And death shall have no dominion, other poems from Portrait of the Artist as a Young Dog, as well as parts of his play Under Milk Wood.

And so many of the words of those poems and that play came back to my mind and my mouth as I watched that docu-drama on Sunday night, and at a family funeral today.

The poet Dylan Marlais Thomas was born on Swansea on 27 October 1914. His middle name, Marlais, came from his great-uncle, the Revd William Thomas, a Unitarian minister and poet whose bardic name was Gwilym Marles.

Dylan Thomas left school at 16, and worked as a journalist for a short time. Then, in 1936, while he was living and working in London, he met Caitlin Macnamara (1913-1994), a 22-year-old blonde-haired, blue-eyed dancer whose Irish family came from Co Clare. In Sunday night’s drama, Tom Hollander and Essie Davis vividly play out that destructive marriage and the couple’s life in the Welsh fishing village of Laugharne.

The drama brings us to his visits to the US in the 1950s, when his readings brought him new fame, and his erratic behaviour and drinking worsened. In New York in 1953, Thomas became gravely ill and fell into a coma from which he never recovered. He died on 9 November 1953 and his body was returned to Wales where he was buried in the village churchyard in Laugharne.

He remained popular after his early death, although his reputation in later life was as a “roistering, drunken and doomed poet.”

Do not go gentle into that good night

Do not go gentle into that good night,
Old age should burn and rave at close of day;
Rage, rage against the dying of the light.

Though wise men at their end know dark is right,
Because their words had forked no lightning they
Do not go gentle into that good night.

Good men, the last wave by, crying how bright
Their frail deeds might have danced in a green bay,
Rage, rage against the dying of the light.

Wild men who caught and sang the sun in flight,
And learn, too late, they grieved it on its way,
Do not go gentle into that good night.

Grave men, near death, who see with blinding sight
Blind eyes could blaze like meteors and be gay,
Rage, rage against the dying of the light.

And you, my father, there on the sad height,
Curse, bless, me now with your fierce tears, I pray.
Do not go gentle into that good night.
Rage, rage against the dying of the light.