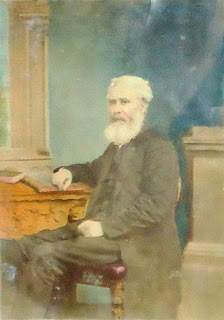 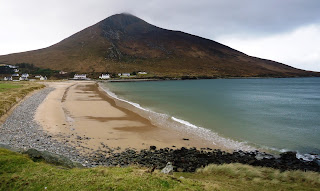 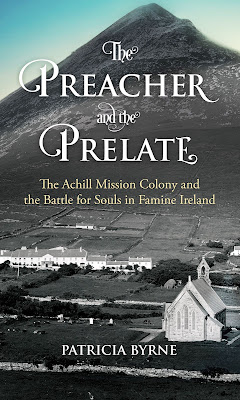 Some truths from
Leaving Certificate
students in Rathkeale 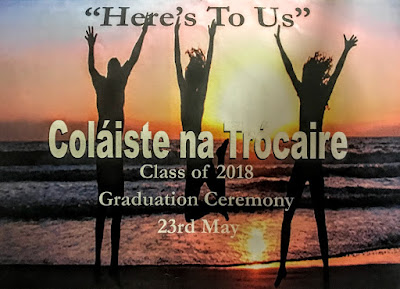 I attended the graduation Mass yesterday afternoon [23 May 2018] for Coláiste Mhuire in Askeaton, where I am a member of the Board of Management, and later in the evening I was at the Graduation Ceremony for the Class of 2018 in Coláiste na Trócaire, Rathkeale, where I was a special guest with Father Liam Enright.

I was asked to speak twice at the Graduation Ceremony in Rathkeale, and to join with Father Liam in pronouncing the blessing at the end.

I tried to make connections between the experience of Pentecost, in Sunday’s readings, and being without fear as we go out into the world, filled with the promises of the Spirit. But instead of posting what I had to say at that graduation ceremony, I found this reflection presented by three students worth repeating:

That our background and circumstances may have influenced who we are, but we are responsible for who we become.

That no matter how good a friend is, they’re going to hurt you every once in a while and you must forgive them for that.

That just because someone doesn’t love you the way you want them to doesn’t mean that they don’t love you with all you have.

That true friendship continues to grow even over the longest distance, same goes for true love.

That it’s taking me a long time to become the person I want to be.

That you should always leave loved ones with loving words. It may be the last time you see them.

That you can keep going long after you think you can’t.

That we are responsible for what we do, no matter how we feel.

That either you control your attitude, or it controls you.

That heroes are the people who do what has to be done, when it needs to be done, regardless of the consequences.

That my best friend and I can do anything or nothing and still have the best time.

That sometimes the people you expect to kick you when you are down will be the ones to help you get back up.

That it isn’t always enough to be forgiven by others. Sometimes you have to learn to forgive yourself.

That no matter how bad your heart is broken, the world doesn’t stop for your grief.

That you shouldn’t be so eager to find out a secret, it may change your life forever.

That two people can look at the exact same thing and see something totally different.

That your life can be changed in a matter of hours by people who don’t even know you.

That the people you care about in life are taken from you much too soon.