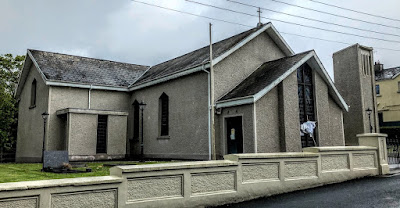 The Church of the Visitation in Ballyhahill was built in 1829 (Photograph: Patrick Comerford, 2021)

The villages of Loughill and Ballyhahill, near Foynes and Shanagolden in west Limerick, form one parish in the Roman Catholic Diocese of Limerick.

The area is associated with Saint Colmog, and Saint Colmag’s Well is about 100 metres from the fragmentary ruins of an old mediaeval church in Loughill.

At one time, Ballyhahill was part of the parish of Shanagolden and Kilmoylan. Before the Church of the Visitation was built in Ballyhahill, parishioners attended Mass in Kilmoylan church.

A mass house in Lisready is referred to in the Hearth money return of W Blood 1784, and it continued in use until 1814-1815. There was a church too in Kilteery, near the shoreline, where a chalice was found in the 1940s, and a large altar-shaped stone was found in 1993. 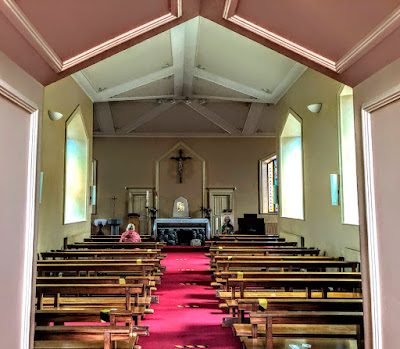 Inside the Church of the Visitation in Ballyhahill, Co Limerick (Photograph: Patrick Comerford, 2021)

The Church of the Visitation in Ballyhahill was built in 1829 on a site given in 1827 by the local landlord Lord Monteagle of Mount Trenchard. At this time, Ballyhahill was part of the Shanagolden parish, and Dean Patrick McNamara was the Parish Priest of Shanagolden. The Feast of the Visitation, which was placed in the Calendar of the Western Church by Pope Urban VI in 1389, was celebrated on 2 July, but is now celebrated on 31 May (next Monday), between the Feasts of the Annunciation (25 March) and the Birth of Saint John the Baptist (24 June).

Following the death of the parish priest, Father Mortimer Collins, in 1857, Ballyhahill was joined with Loughill to form the present parish, with Father Daniel O’Kennedy as the parish priest of the new parish.

The church was renovated in 1969 and was reopened in 1971 by Bishop Murphy and Father Patrick O’Dea, Parish Priest. It was renovated again in 2010, when the sanctuary was reordered and new heating and lighting systems were installed. 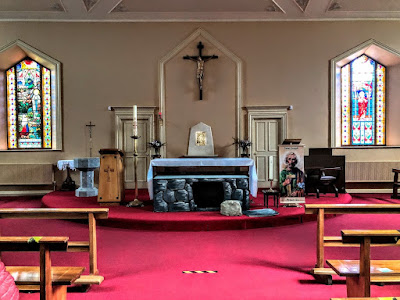 The altar in the Church of the Visitation in Ballyhahill … in memory of Father Walsh, Parish Priest of Longton, Staffordshire (Photograph: Patrick Comerford, 2021)

The altar in the church is in memory of Father W Walsh, Parish Priest of Longton in Staffordshire.

A ‘Lourdes’ stained-glass window depicting the Virgin Mary and Saint Bernadette dates from 1927. It was first placed in the porch, but was moved to the sanctuary in 2006.

The Stations of the Cross were designed by the Irish artist Cynthia Moran, and were executed by a foundry in Madrid.

The porch window in the Church of the Visitation in Ballyhahill (Photograph: Patrick Comerford, 2021)

The churchyard also has a free-standing campanile or belltower. 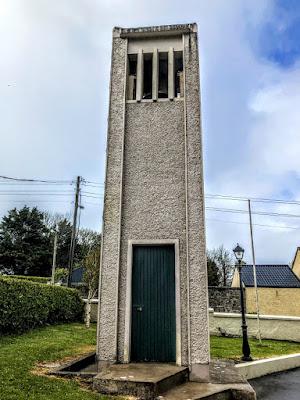 The free-standing belltower beside the parish church in Ballyhahill (Photograph: Patrick Comerford, 2021) 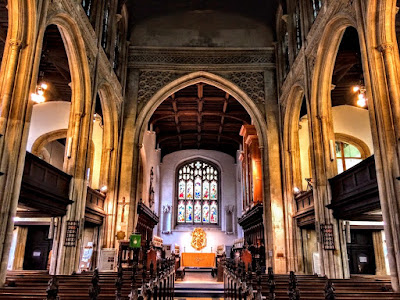 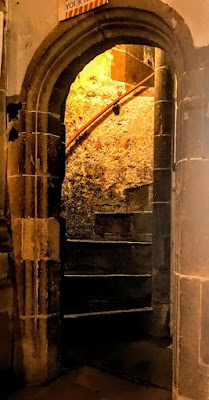 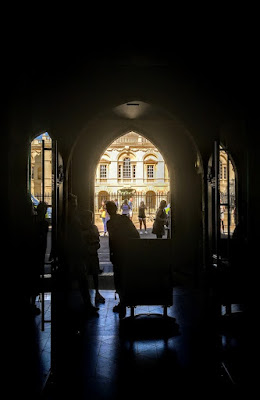 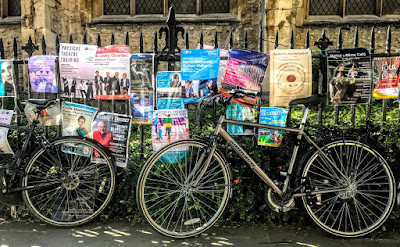