Good King Wenceslas looked out
On the feast of Stephen
When the snow lay round about
Deep and crisp and even.

Today is the Feast of Saint Stephen [26 September 2016], but while the weather is bright and crisp, there is no snow in Dublin this Christmas week, either deep or even.

After a busy Christmas Eve and Christmas morning in Christ Church Cathedral, I felt very lazy yesterday afternoon and evening. Two of us took advantage of the bright, crisp winter weather this afternoon to waken up with a short crisp walk along the seafront at Blackrock, Co Dublin.

The tide was out, and from the bridge over the railway line at Idrone Terrace there were clear views out to Dun Laoghaire to the east, Dublin Bay and the Pigeon House stacks to the west, and Howth Head to the north.

Later, during a walk through the quiet Main Street of Blackrock, I stopped to admire the Post Office at No 36 Main Street, Blackrock, was designed in 1905-1909 by the architect John Howard Pentland. This Post Office, like many post offices built at this time, features brick and stone extensively. The public office has high windows and sills allowing for desks or counters to be sited underneath them. Good quality signage completes the look of post offices of this period.

The new post office in Blackrock was built by GW Scott & Co of Usher’s Quay, Dublin, and opened on 1 November 1909.

The architect John Howard Pentland (1855-1919), who was born in Lurgan, Co Armagh, on 30 July 1855, was a son of Thomas Pentland, a bank manager, and his wife, who was a daughter of Thomas Carroll, of Dublin, and a sister of the architects Thomas Henry Carroll, Howard Carroll and James Rawson Carroll.

From 1872 to 1877, Pentland was a pupil of his uncle James Rawson Carroll. At Trinity College Dublin, he distinguished himself in engineering, classics and languages, and he graduated from TCD in 1877 (BA, BAI, special honours).

For the next two years, Pentland was a working pupil of Sir Thomas Newenham Deane, before returning to his uncle’s office as an assistant in 1879, becoming a partner in 1882. The practice of Carroll & Pentland continued until 1884, when Pentland was appointed an assistant surveyor of buildings in the Board of Works. In 1891, he became head of the Board of Works architectural department as senior surveyor and principal surveyor. 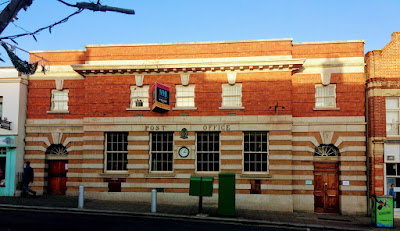 For many years, Pentland was involved in enlarging and remodelling the General Post Office in O’Connell Street, Dublin, completed only weeks before the building was destroyed in the Easter Rising in 1916.

His best-known work in Dublin is the Fusiliers’ Arch built in 1906-1907 at the north-west entrance to Saint Stephen’s Green, Dublin, in memory of members of the Royal Dublin Fusiliers who died in the Boer War.

Pentland and his wife Marian, daughter of Graves Searight, were the parents of an only daughter Marian.

Pentland retired in 1918, and after a short illness he died on 15 November 1919. He was buried in Deansgrange Cemetery.

After a walk along the seafront at Idrone Terrace and through the streets of Blackrock, we stopped for double espressos in Insomia. But the signs of homelessness in the shopfronts and doorways still reminded me of the true meaning of Christmas:

Therefore, Christian men, be sure,
wealth or rank possessing,
Ye who now will bless the poor,
shall yourselves find blessing.

A view across Dublin Bay and out to Howth Head from the railway bridge at Idrone Terrace in Blackrock, Co Dublin (Photograph: Patrick Comerford, 2016; click image for full-size view) 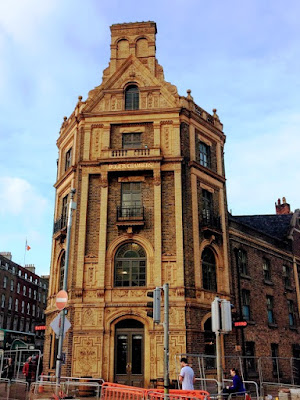 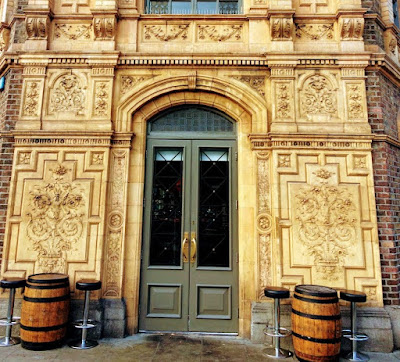 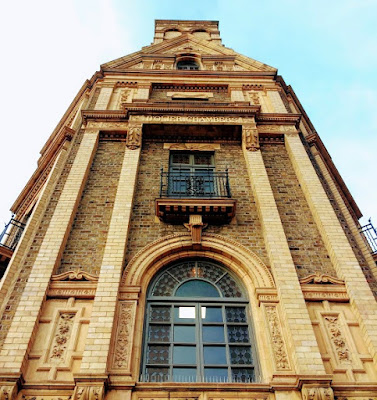 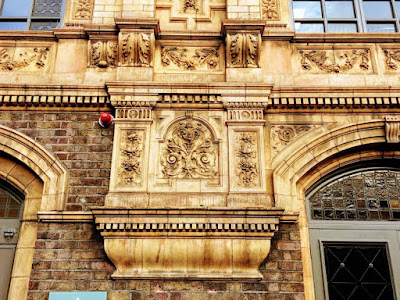 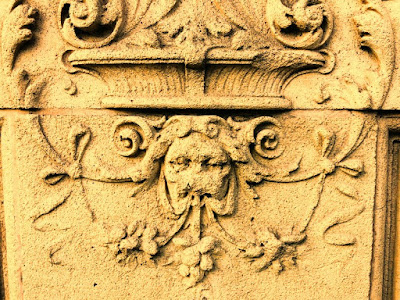 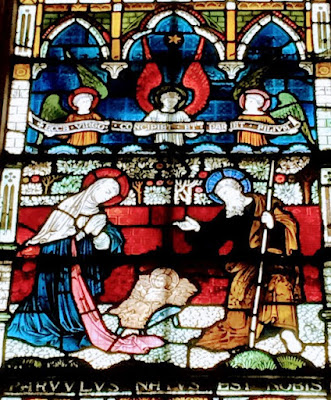 The first Christmas … the Nativity scene in a stained-glass window in the north ambulatory in Christ Church Cathedral, Dublin (Photograph: Patrick Comerford, 2016)

Christmas Day is over, but the Christmas season continues, and today [26 December 2016] is the feast of Saint Stephen the Deacon and First Martyr. Each morning throughout the Twelve Days of Christmas I am using the prayer diary of the Anglican mission agency, USPG (United Society Partners in the Gospel), for my morning prayers and reflections.

Pray for Palestine’s public health system, which is under enormous strain due to Israeli import restrictions, a lack of resources and often badly qualified personnel.

Gracious Father,
who gave the first martyr Stephen
grace to pray for those who stoned him:
Grant that in all our sufferings for the truth
we may learn to love even our enemies
and to seek forgiveness for those who desire our hurt,
looking up to heaven to him who was crucified for us,
Jesus Christ, our Mediator and Advocate,
who is alive and reigns with you and the Holy Spirit,
one God, now and for ever..