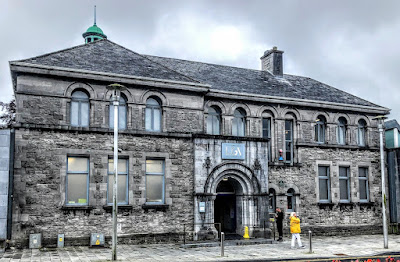 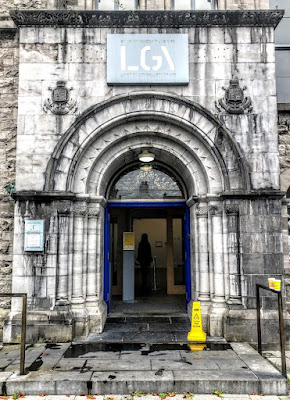 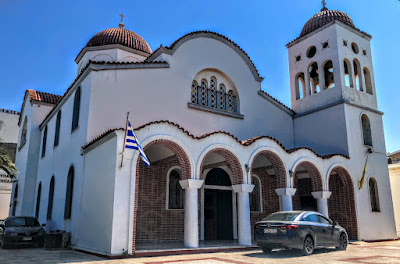 The Church of Saint Constantine and Saint Helen … a modern, neo-Byzantine church above the bus station in Rethymnon (Photograph: Patrick Comerford, 2021)

My photographs this morning (28 September 2021) are from the Church of Saint Constantine and Saint Helen, near the bus station in Rethymnon. 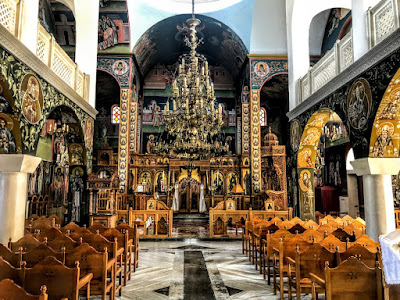 Inside the Church of Saint Constantine and Saint Helen in Rethymnon (Photograph: Patrick Comerford, 2021)

The Church of Saint Constantine and Saint Helen is a modern, neo-Byzantine church above the bus station in Rethymnon. It dominates the streetscape on the western fringes of Rethymon, looking down on the waters of the bay formed by the western slopes of the Venetian Fortezza.

Few tourists notice this church as they wait to catch buses to Chania to the west or Iraklion to the east, and few notice it as they sit watching the sunset in the rocky bay below the Fortezza. But this is a functioning and busy parish church in this part of Rethymnon, built in the neo-Byzantine style in the 1960s.

The Emperor Constantine, who is referred to as a ‘sovereign to the Christians,’ was the son of Constantius Chlorus, who ruled part of the Empire, and the Empress Helen. Constantine was born in 272 and he became Emperor when his father died in 306. In 312, he learned that his opponent, Maxentius, was marching to Italy. Shortly after that, it is said, Christ appeared to him in a dream and told Constantine about the cross and its significance.

After the dream, Constantine ordered that his victory banner be inscribed with the Cross and the name of Christ. On 28 October, he defeated Maxentius in battle. He rode on to and was declared to Emperor of the West, while his brother-in-law, Licinius, became Emperor of the East. Under rule, Christianity really took root. Constantine called the First Council of Nicaea in the year 325.

After Constantine’s victory, his mother, the Empress Helen, travelled to Jerusalem and is said to have found the True Cross.

Saint Constantine and Saint Helen share a feast day on 21 May 21. The Feast Day of the Elevation of the Cross is on 14 September, and this church in Rethymnon was busy two weeks ago with a large number of visitors to mark that feast day. 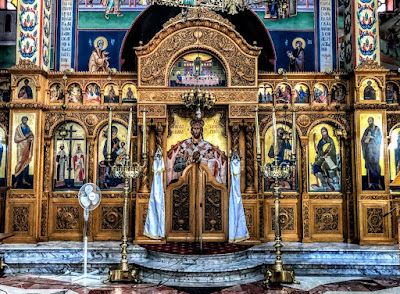 The iconostasis or icon screen in the Church of Saint Constantine and Saint Helen in Rethymnon (Photograph: Patrick Comerford, 2021) 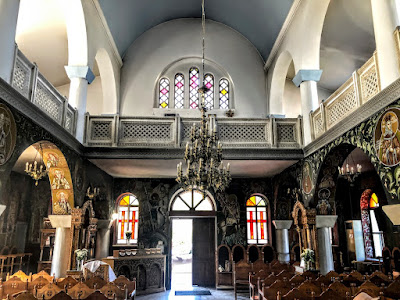 The Prayer in the USPG Prayer Diary today (28 September 2021, International Day for Universal Access to Information) invites us to pray:

We give thanks for the technology and resources which allow us to access almost any information we need. Let us pray for those who do not have such unrestricted access to information. 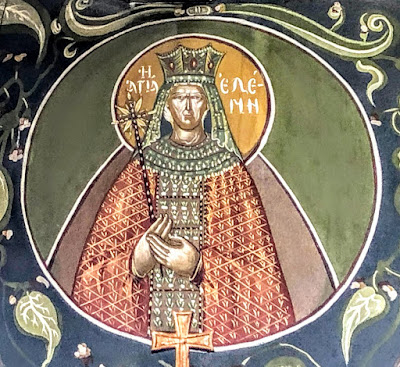 The Empress Helen depicted in a fresco in the Church of Saint Constantine and Saint Helen (Photograph: Patrick Comerford, 2021) 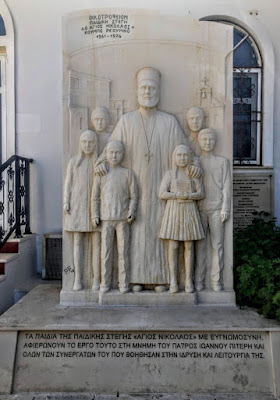 A monument in the grounds of the Church of Saint Constantine and Saint Helen in Rethymnon (Photograph: Patrick Comerford)