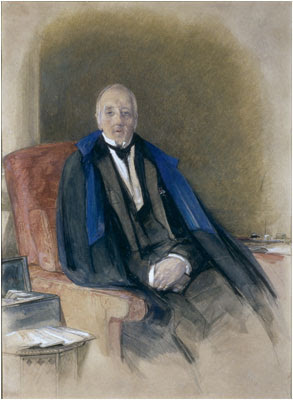 Lord Ponsonby ... an Irish peer from Co Kilkenny who saved the besieged Jews of Rhodes in the mid-19th century

In my failed efforts to visit Rhodes this week, I was reminded of the story of how an Irish peer and diplomat from a well-known Co Kilkenny family saved the Jews of Rhodes from a violent outburst of prejudice over 170 years ago.

In February 1840, the Jews of Rhodes were falsely accused of ritually murdering a Christian boy who gone missing while walking alone. The incident became known as the Rhodes blood libel.

After the boy went missing on a walk, the Jews of Rhodes were accused of kidnapping and murdering him. A number of Jewish men were arrested, beaten and tortured and accused of taking Christian children captive for ritual sacrifice.

After the Jewish Quarter in the Old Town of Rhodes was besieged during Passover that year, the British Government decided to intervene on behalf of the Jewish community. The Foreign Secretary, Lord Palmerston, sent a dispatch on 5 May to the British ambassador in Constantinople, Lord Ponsonby, asking him to communicate the British concerns about events in Rhodes to the Ottoman government “officially and in writing” and to “request… an immediate and strict inquiry to be made … especially into the allegation that these atrocities were committed at the instigation of the Christians and the European consuls.”

John Ponsonby (1770-1855) was an Irish-born diplomat from Bessborough, Co Kilkenny, and had been MP for Tallow, Co Waterford Banagher, Co Offaly, and Dungarvan, Co Waterford, before the Act of Union, and for Galway City after the Act of Union. At the time of the blood libel allegations, his brother, Richard Ponsoby, was Bishop of Derry and Raphoe.

Ponsonby, who had succeeded to his father’s estate and title in 1802, was sent to Constantinople as the British ambassador in 1832, and a year before the crisis in Rhodes he was given the peerage title of Viscount Ponsonby, of Imokilly in the County of Cork on 20 April 1839.

An Ottoman inquiry cleared the Jewish population of all the accusations. The Turkish governor of Rhodes, Yusuf Pasha was dismissed for not having upheld the law, and Ponsonby praised the investigation as one during which “[t]he affair of Rhodes was examined with fairness” and called the verdict “a signal proof of the justice and humanity with which the Sublime Porte acts.”

Posted by Patrick Comerford at 06:55 No comments: