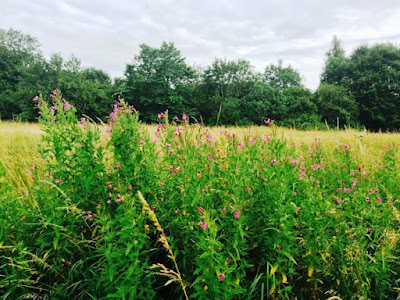 There is news story from China in the 1950s Mao ordered the extermination of several pests, including sparrows. But it was a campaign that led to an environmental disaster.

It seems to have started off with what looked like a good idea. Mao argued that nature should be fully exploited for production, and building up industry would not only modernise China but also build up an urban proletariat that would provide a solid support base for the Chinese Communist Party.

The Eurasian Tree Sparrow was singled out in particular because in was eating grain seeds. Chinese scientists calculated that for every million sparrows killed, there would be enough food to feed 60,000 people.

Chinese people took to the streets in great numbers, clanging their pots and pans or beating drums to terrorise the birds and prevent them from landing. Nests were torn down from trees, eggs were smashed, chicks were killed, and sparrows were shot down.

School children, civil servants, factory workers, farmers and soldiers were all deployed in the campaign, along with hundreds of thousands of scarecrows and colourful flags.

Young people trapped, poisoned and attacked the sparrows, children and old people kept watch, and free-fire zones were set up for shooting the sparrows.

Hundreds of millions of sparrows were killed in this campaign of destruction, and the sparrow became nearly extinct in China.

When Mao called off the Great Sparrow Campaign it was too late. The situation got progressively worse, locusts swarmed the countryside, and the loss of the sparrow contributed to widespread famine from 1958 to 1961, when 30 million people or more died of hunger.

It remains a sharp reminder of the dangers that can be created by any changes to an ecosystem. 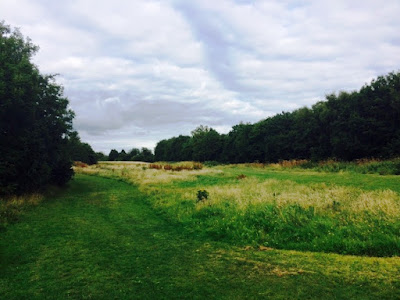 There is an interesting ecosystem along the banks of the River Dodder in South Dublin (Photograph: Patrick Comerford, 2015)

There is an interesting ecosystem along the banks of the River Dodder in South Dublin. This evening, I walked the south bank of the river from Spawell Bridge to the weir at Firhouse.

I had been to my GP for my regular, monthly B12 injection, which I seemed to more than usual today having walked energetically and vigorously over the last few days. Compared to this week’s walks in Cambridge and in rural Hertfordshire and Essex, my walk along this section of the Dodder Valley Park seemed quite short, although my daily average is now up to almost 9 km.

As I walked through the Dodder Valley Park this evening, birds were chirping, bees were busy, the flowers were blossoming in purples, pinks, reds, yellows and whites, and the open areas were deceptively like open countryside. At Firhouse Weir, the river was thundering over the falls that have remained undisturbed for hundreds of years. 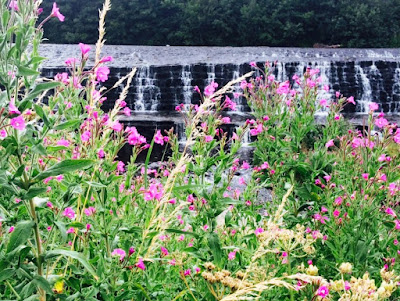 The waters of the River Dodder tumbling down Firhouse Weir this evening (Photograph: Patrick Comerford, 2015)

However, I learned this evening that South Dublin County Council is considering proposals for a new road crossing of the River Dodder connecting Firhouse Road in the area by Monalea Estate with the N81 (Tallaght By-Pass) at Glenview Roundabout.

The planners’ excuse for the proposed new road and bridge is that, in their opinion the bridge at Old Bawn has become a major bottleneck.

But their proposal would drive another road through a green belt. It would run beside Firhouse National School too, bringing traffic and fumes closer to children. And it would strike another blow to the hopes and plans for the Dodder Valley amenity.

The proposal might not be needed if the council went ahead with its past plans for realigning Knocklyon Road so that it meets Firhouse Road at Spawell Bridge.

For too long, the council has left the Dodder Valley Park with poor, narrow and neglected footpaths, and there are no cycle tracks along Knocklyon Road.

The proposed road and bridge west of Firhouse Weir would sever the eastern and western endz of the park, cut through walking and cycling amenities, and damage the looks and sounds of the park. The Dodder Valley Park needs improvement, not another road and bridge, and still needs to be linked up at either side of the bridge at Old Bridge Road, so that one continuous footpath parallels Firhouse Road and Butterfield Avenue.

As the car is used as a compelling excuse for eroding our areas slowly and piece by piece, the ecosystem changes over time. Before we realise it, it may be too late to reverse the damage. 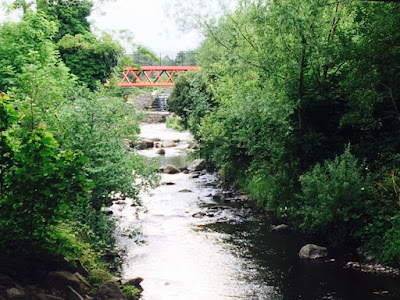 Some ‘Wonderland’ moments in
the afternoon sun in Cambridge 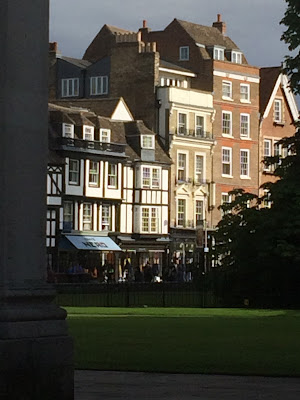 After a busy week in High Leigh at the annual conference of the Anglican mission agency Us (USPG, the United Society for the Propagation of the Gospel), I had a little time for myself in Cambridge on Wednesday before catching the last flight from Stansted and arriving back in Dublin early this morning [23 July 2017].

In the summer sunshine, Cambridge is crowded with tourists, and even late in the afternoon the queues of tourists for the punts near Trinity College were spreading from the slipway at the River Cam up into Garrett Hostel Lane. For tourists, summer in Cambridge seems to be all about punts, bicycles, Pimm’s and finding out which colleges are open to visitors, especially King’s College and its chapel.

I was happy instead with a quiet return visit to Sidney Sussex College, browsing in the bookshops and enjoying a quiet glass of wine in the garden behind the Pint Shop in a listed building in Peas Hill in the centre of the city, close to the Market Square and the Grand Arcade, where I had dropped my bags at the left luggage facility offered by Station Cycles. 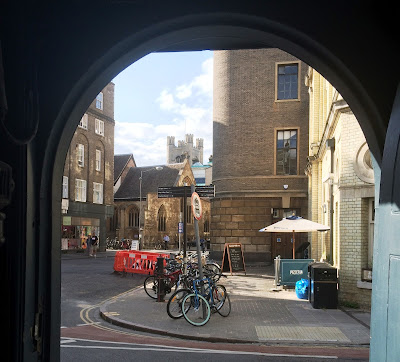 Even outside term time, bicycles are chained against the rails outside churches, colleges and other places throughout Cambridge.

There is always something new to find in Cambridge, and the Pint Shop, which opened its doors almost two years ago was an interesting discovery.

In G David’s antiquarian bookshop in Saint Edward’s Passage, I browsed for some time, and came away with a bag-full of books on TS Eliot, classical sites in Crete, and Alice’s Adventures in Wonderland – this year marks the 150th anniversary of the publication of Alice on 26 November 1865. 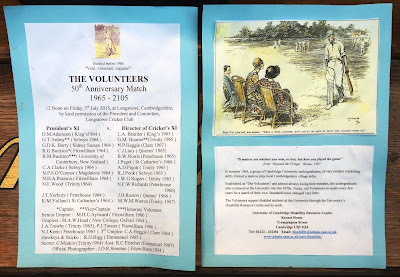 A poster in the window of Ryder and Amies in Cambridge this week (Photograph: Patrick Comerford, 2015)

There were some Wonderland moments too, in the window of Ryder and Amies, and at an old telephone kiosk on Hills Road.

A poster in the window of Ryder and Amies on King’s Parade advertises the 50th anniversary match of the Volunteers earlier this month, when a President XI played a Director of Cricket’s XI at Longstowe Cricket Club.

Established as “The Volunteers” and almost always losing their matches, the undergraduate side continued at the university into the 1970s. Today, old Volunteers reunite every few years for a match of their own. Standards have changed very little.

Hopefully, there is always time for cricket in Cambridge in the summer. Hopefully too, the Volunteers will still be playing in July 2105, because the Volunteers support disabled students at the university through the University’s Disability Resource Centre and its work. 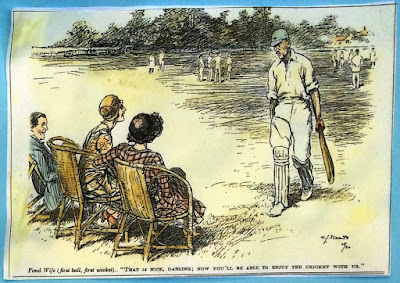 Hopefully there is always time for cricket in Cambridge in the summer (Photograph: Patrick Comerford, 2015)

Returning by Hills Road to the station, I had another Wonderland moment when I stopped to look at the old telephone box outside the estate agents Strutt and Parker.

The red telephone kiosk was designed by Sir Giles Gilbert Scott, was a familiar sight on streets throughout England and a British cultural icon from 1926 on.

Little-used red telephone kiosks have been adapted for interesting uses throughout England. In the small Staffordshire village of Wall, south of Lichfield, a red kiosk has been adapted for use as a small library or book exchange. 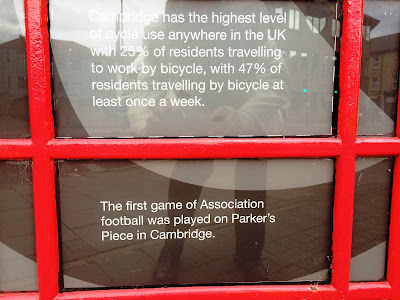 I hope to be back in Cambridge at the end of next month, staying in Sidney Sussex College for the annual summer conference of the Institute for Orthodox Christian Studies. 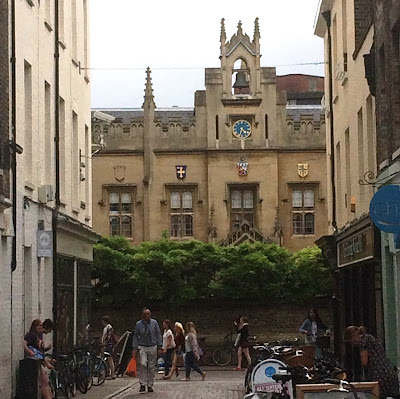