On a street corner in Limerick, a street bench remembers Con Leahy, the only Limerick athlete to ever win an Olympic Gold medal.

Seeing the memorial bench in Thomas Street this week brought me back to my visit to Athens the weekend before, but was also a reminder of the controversy surrounding the 1906 Olympics.

Cornelius ‘Con’ Leahy (1876-1921) was born in Creggane, near Bruree, Co Limerick, and was one of seven brothers who were distinguished on the sports fields. His brother Patrick won the British high jump record in 1898 and won Olympic medals in 1900; Timothy jumped competitively; Tom was a talented jumper; and Mick, the youngest brother, was a champion hurdler, pole-vaulter and high jumper who also played rugby for Garryowen and hurling for Limerick, and rowed for Shannon.

On registering for the Games, Leahy, O’Connor and Day found that they were listed as members of the United Kingdom team and not as part of an Irish team, but they decided to go ahead and take part.

Leahy won the gold medal in the high jump with 1.775 meters, beating Lajos Gönczy of Hungary by 2.5 cm. He then took part in the hop, step and jump (triple jump), which Peter O’Connor won with 14.075 meters, with Leahy coming second with 13.98 meters and winning a silver medal. O’Connor also won the silver medal in the long jump.

Two years later, at the 1908 Olympic Games, Leahy again took part in the high jump, and won a silver medal, sharing second place at 1.88 meters, behind the American Harry Porter at 1.90 meters.

In 2006, to mark the 100th anniversary of his Olympic medal, a memorial was unveiled in Bedford Row, Limerick, and was then moved to a corner of O’Connell Street and Thomas Street when a portion of Thomas Street was pedestrianised. The inscription reads: ‘In honour of Cornelius ‘Con’ Leahy (1876-1921) Olympic Gold Medalist High Jump – Gold / Triple Jump – Silver May 1st Athens 1906.’

To this day, however, the International Olympic Committee refuses to recognise the 1906 Games, and medals awarded at those games in Athens are not displayed with the collection of Olympic medals at the Olympic Museum in Lausanne.

The first modern Olympic Games were staged in Athens in 1896. The Athens games in 1896 had been so successful that the Greeks suggested they could organise the games every four years. But Pierre de Coubertin, the founder of the IOC, wanted to keep the games in Paris.

When major problems emerged with organising the 1900 and 1904 Olympic Games, the IOC hoped that the 1906 Games would breathe fresh life and enthusiasm into the Olympics, and agreed to a second Olympics in Athens.

The compromise involved holding special games in Athens every four years, between the regular Olympic Games which would move venue. The 1906 Games in Athens were held from 22 April to 2 May 1906 were a success. Unlike the 1900, 1904 or 1908 games, the 1906 Athens games were neither stretched out over months nor overshadowed by an international exhibition.

The Games took place in the Panathenaic Stadium (Παναθηναϊκό Στάδιο), which had already hosted the 1896 Games and the earlier Zappas Olympics of 1870 and 1875. Several events from the previous two games were excluded, but new events included the javelin throw and the pentathlon.

A Canadian athlete, Billy Sherring, lived in Greece for two months to adjust to the local conditions. His efforts paid off when he unexpectedly won the Marathon. Prince George accompanied him on the final lap.

Finland made its Olympic debut, and immediately won a gold medal, when Verner Järvinen won the Discus, Greek style event. The Grand Duchy of Finland was part of the Russian Empire at the time, but was treated as a separate nation. This recognition of Finland compounded the feeling among the Irish athletes that they had been treated unfairly.

At the medal ceremony, Peter O’Connor protested at being put on the British team, scaled the flagpole in the middle of the field and waived the Irish flag. Below him, the pole was guarded by Irish and American athletes and supporters, including Con Leahy.

These were the first games too at which that the United States had an official team. One of the US medallists was Martin Sheridan (1881-1918) from Bohola, Co Mayo. He was sent to Athens by the Irish American Athletic Club. Competing for the US, he won gold in the 16-lb Shot put and the Freestyle Discus throw and silver in the Standing high jump, Standing long jump and Stone throw. He scored the greatest number of points of any athlete at the Games. For his accomplishments, he was presented with a ceremonial javelin by King George I. The javelin remains on display in a local pub near Sheridan’s hometown in Bohola, Co Mayo.

Many of the innovations in Athens in 1906 have since become part of the Olympic tradition, and the crisp format may have helped to ensure the continued existence of the games. But they turned out to be the first and only ‘Intercalated Games.’

Due to of political unrest in Greece, the Intercalated Games were cancelled in 1910, World War I broke out in 1914 and continued until 1918, and these alternate games were never held again.

Later, athletes who won medals in Athens in 1906 that they were not really Olympic Games at all. Pierre de Coubertin, the founder of the Modern Olympics, decided arbitrarily and unilaterally that the 1906 Olympics should be ignored and considered unofficial. Since then, the 1906 Games are often referred to as the 10th anniversary Games.

In 1948, and again in 2003, attempts were made to convince the IOC to reinstate the 1906 Games as official Olympic Games, but the proposals were rejected without ever being put to a vote.

Con Leahy’s achievements and medals may not be recognised in Lausanne, but they are remembered in Athens and are honoured on the streets of Limerick. 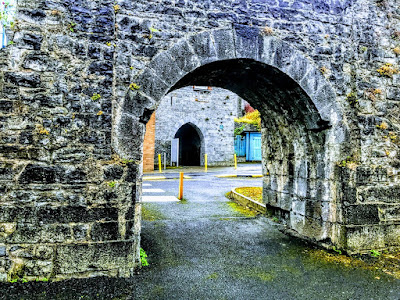 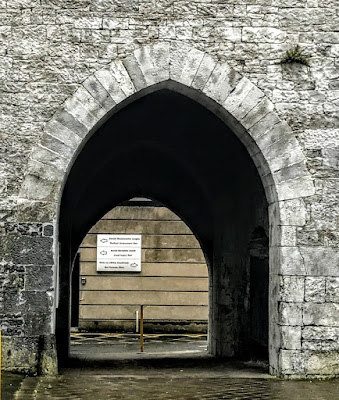 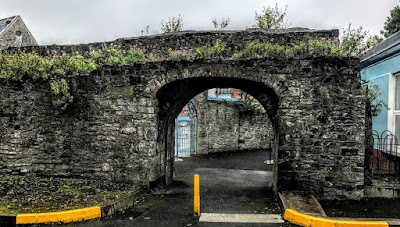