Walking on the beach in Bettystown this afternoon (Photograph: Patrick Comerford, 2018; click on image for full-screen view)

I was in Dublin today for a biopsy procedure at Saint Vincent’s University Hospital. It was a quick and almost-painless experience, but I have to return in a few weeks after I receive the full results.

But late this afternoon, two of us decided to head north and go for a late lunch in Relish, overlooking the long sandy beach at Bettystown, Co Meath.

We first stopped at Laytown, but the full tide was in, and instead of walking along the strand as we had hoped, we had to walk along the footpath from Laytown to Bettystown.

Relish was busy for a late afternoon, despite the fact that the Easter holiday weekend is over.

Walking on the beach in Laytown this afternoon (Photograph: Patrick Comerford, 2018; click on image for full-screen view)

By the time we had finished lunch, the tide was going out, and a vast expanse of beach opening up before us, with a vista that stretched from Mountains of Mourne to the north to Lambay island to the south.

Although the late winter sometimes makes it feel these days that spring has yet to arrive, there were beautiful blues in the skies, the sea, and in the ripples on the sand left by the receding tide.

I imagine the growth on the side of my nose is just another symptom of my sarcoidosis. But I wait for the results with hope rather than trepidation. And walks on a beach, like this afternoon’s walk, are good for my lungs and the symptoms of sarcoidosis, and also good for my heart and my soul.

The Cross outside the East Window of the parish church in Laytown had been broken for some time. But it has been repaired recently, and it now proclaims a wonderful Easter message on the sandbanks looking out to the Irish Sea.

He is risen indeed. Alleluia! 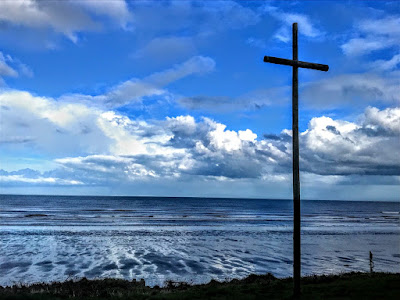 The Cross outside the parish church overlooking the beach in Laytown (Photograph: Patrick Comerford, 2018) 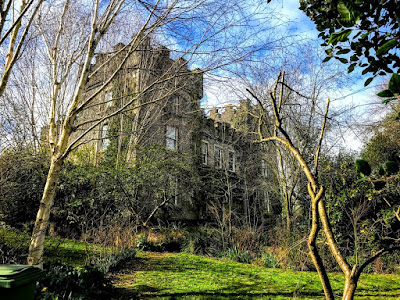 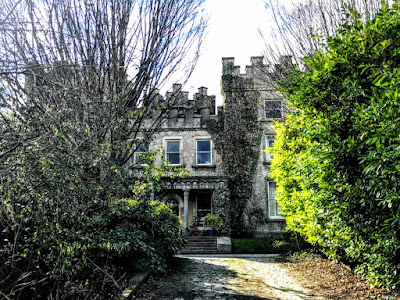 Continuing Ministerial Education:
A day to think and talk about prayer 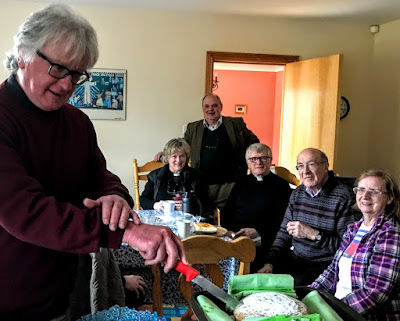 Prayer was at the heart of the March training day for clergy and readers in the diocese, when two groups met at the Rectory in Askeaton to discuss personal prayer, prayers in the life of the church, praying for others, and teaching others to pray. The two groups met on 12 March. We looked at different styles of prayer and discussed how we need to develop a life of prayer that suits our own needs and personality, while also helping others to develop an approach to prayer that meets their own personality types.

These monthly training days are designed for clergy and diocesan and parish readers, but are open to others who are interested.

Each week, sermon ideas for the following Sunday are posted on the CME site at: https://cmelimerick.blogspot.ie/. Each week’s posting includes reflections on the Sunday readings, collects, prefaces, post-communion prayers and other liturgical resources, as well as suggested hymns and appropriate photographs that can be used in parish newsletters and service sheets.

The next two training days are in April and May, looking at the place of cathedrals in the life of the Church, and discussing different styles of public worship.

On Monday 30 April, Canon Patrick Comerford will lead a ‘field trip’ to the three working cathedrals in the diocese, beginning at Saint Mary’s Cathedral, Limerick, moving on to Saint Flannan’s Cathedral, Killaloe, Co Clare, and finishing in the afternoon at Saint Brendan’s Cathedral, Clonfert, Co Galway.

On Monday 28 May, participants are invited to consider different approaches to liturgy and worship. This programme, in Saint Mary’s Church, Askeaton, Co Limerick, and is being led by the Revd Michael Cavanagh and Canon Patrick Comerford.

This half-page news report is published in the April 2018 edition of ‘Newslink,’ the magazine of the Church of Ireland United Dioceses of Limerick, Killaloe and Ardfert