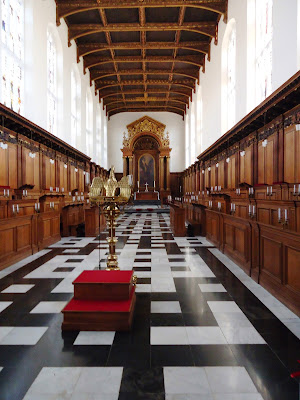 Edwards named the tune Rhosymedre after the village where he was vicar for over half a century, although it is also known as ‘Lovely.’ The hymn tune is seven lines long, with a metrical index of 6.6.6.6.8.8.8. The tune was used by Vaughan Williams as the basis of the second movement of his organ composition ‘Three Preludes on Welsh Hymn Tunes.’ Vaughan Williams’s Choral Prelude based on this Welsh tune was played on the organ at the Church Musical Festival in the Crystal Palace, London, on 21 July 1933.

In Wales, the original tune by Edwards is associated with Easter and is thought of as a jubilant hymn tune. Outside Wales, however, it often receives a more devotional treatment, and so it Vaughan William’s prelude provides an appropriate meditation on this early morning in Lent.