Visiting churches in
Stony Stratford, Milton Keynes
and in Buckinghamshire

Since moving to Stony Stratford in Milton Keynes on my retirement at the end of March, two of us have enjoyed visiting many churches and church buildings in the Milton Keynes area, and I have been writing about them and photographing them.

As the weeks move on and turn to months, the number of churches and church sites I have visited in Milton Keynes and throughout Buckinghamshire continues to grow, so it may be difficult for some to find these postings on this site.

This posting offers links to these and similar postings.

As I write about more churches and religious buildings, I intend to update this guide to my postings, indicating the date of the latest update at the end of this page, and to provide a link in the toolbar in the banner at the top of the front page of this site.

The tower of the Church of Saint Mary Magdalen in Stony Stratford … originally a chapel-of-ease for the parish of Wolverton (Photograph: Patrick Comerford, 2022)

4, Greek Orthodox Church of Saint Ambrosios and Saint Stylianos, 10 May 2022

18, The Church of Christ the Cornerston, Central Milton Keynes, 7 December 2022

The Chantry Chapel of Saint John the Baptist is the oldest surviving building in Buckingham (Photograph: Patrick Comerford, 2022)

Other parts of Buckinghamshire:

The Peace Pagoda on the shores of Willen Lake was built in 1980 (Photograph: Patrick Comerford, 2022) 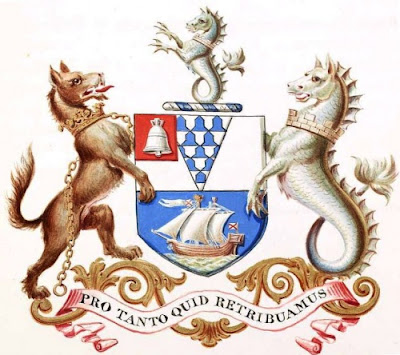 We are in Ordinary Time, and today is the First Sunday after Trinity (19 June 2022). Later this morning, I am reading one of the lessons in a short broadcast service recorded for Clare FM, and I plan to attend the Parish Eucharist in Saint Mary and Saint Giles Church in Stony Stratford.

But, before today begins, I am taking some time this morning to continue my reflections drawing on the Psalms.

Psalm 116 is the fourth of the six psalms (Psalms 113-118) comprising the Hallel (הַלֵּל, ‘Praise’). In the slightly different numbering system in the Greek Septuagint and the Latin Vulgate, this psalm begins with Psalm 114, counted as verses 1-9 of Psalm 116, combined with Psalm 115 for the remaining verses. In Latin, Psalm 114 is known as Dilexi quoniam exaudiet Dominus, and Psalm 115 is known as Credidi propter quod locutus sum.

These psalms are known as the ‘Egyptian Hallel’ because of the references in Psalm 114 to the Exodus from Egypt.

This psalm has been connected with the trials the Jews endured in the times of the Maccabees under Antiochus Epiphanes, while some commentators ascribe it to Hezekiah’s sickness (see Isaiah 38). However, most commentators today ascribe it to King David.

Psalm 116 is the fourth of six psalms (113-118) of which Hallel is composed. On all days when Hallel is recited, this psalm is recited in its entirety, except on Rosh Chodesh and the last six days of Passover, when only verses 1-11 are recited.

In Hebrew, Psalm 116 is an acrostic poem. This psalm also provides the motto of the City of Belfast: Pro Tanto Quid Retribuamus is the Vulgate translation of Psalm 116: 12 (NRSV and NRSVA): ‘[What shall I return to the Lord] for all his bounty to me?’ (see Psalm 116: 10 in the Book of Common Prayer (Church of Ireland), p 729, ‘How shall I repay the Lord for all the benefits he has given to me’).

The psalmist tells the congregation God has heard his voice and has helped him in his time of distress and anguish. Now he will call on God for the rest of his life. Once he was near death, but when he called on God, God delivered him from death.

Despite the troubles he faced, he kept his faith in God. How can he repay God for saving him? He will make an offering in the Temple pray to the Lord in thanksgiving, in the presence of God’s people, the worshipping community.

God is now like a child or lowly servant in God’s presence, but God has freed him and brought him into his presence.

This psalm includes an early expression of the liar paradox when the psalmist says, I said in my consternation, ‘Everyone is a liar’ (Psalm 116: 11), formulated in Greek philosophy by Epimenides of Crete. When Saint Paul spoke to Saint Titus about his mission in Crete, he committed a logical fallacy by quoting Epimenides: ‘It was one of them, their very own prophet, who said, “Cretans are always liars, vicious brutes, lazy gluttons.” That testimony is true’ (Titus 1: 12-13a).

‘Everyone is a liar’ (Psalm 116: 11), an early expression of the liar paradox, formulated by the philosopher Epimenides of Crete … Epimenides gives his name to a street in Iraklion (Photograph: Patrick Comerford)

1 I love the Lord, because he has heard
my voice and my supplications.
2 Because he inclined his ear to me,
therefore I will call on him as long as I live.
3 The snares of death encompassed me;
the pangs of Sheol laid hold on me;
I suffered distress and anguish.
4 Then I called on the name of the Lord:
‘O Lord, I pray, save my life!’

5 Gracious is the Lord, and righteous;
our God is merciful.
6 The Lord protects the simple;
when I was brought low, he saved me.
7 Return, O my soul, to your rest,
for the Lord has dealt bountifully with you.

The theme this week in the prayer diary of the Anglican mission agency USPG (United Society Partners in the Gospel) is the Swarupantor programme in the Church of Bangladesh. This theme is introduced in these words this morning:

‘The Church of Bangladesh’s Swarupantor programme aims to encourage the growth of self-sufficient communities in the Rajshahi, Khagrachari and Netrokona districts of Bangladesh. The programme is comprised of Bible study, economic empowerment and learning and development workshops.

‘Across the three districts where the workshops are being held, there are 19 groups who meet to study the Bible and to pray. In total, over 340 individuals attend these meetings. The groups also save money together and store large amounts of rice so that they have food to eat during the rainy season. In 2020, over 2,000 individuals attended programme workshops and the Church of Bangladesh hopes to involve more people in the programme when there are fewer Covid cases in these areas.

‘Despite the impact of Covid-19, both in terms of lives lost and rising rates of unemployment, the groups have continued to offer a sense of community over the last two years. Once more members find employment, the groups will be able to save more money and support each other to a greater extent. The Church remains hopeful that the Swarupantor programme will be a success in years to come.’

Liberator God,
lift up the marginalised
and show us the right path.
May we help each other to be
independent and self-sufficient.