Is there hope of new life for
the world’s oldest railway
terminus in Birmingham?

Arriving in Birmingham New Street Station by rail from either Lichfield or Birmingham Airport, I have often been struck by a classical building that stands alone in front of large tract of waste land.

For the best part of half a century, I have wondered why this building is so forlorn, what it was built for, and who designed it. I learned during this week’s visit to Tamworth that this is the former Curzon Street railway station, which opened as Birmingham Station in 1838, and that it is the world’s oldest surviving example of monumental railway architecture.

This Grade I listed entrance building was designed by Philip Hardwick (1792-1870), an English architect, particularly associated with railway stations. He is probably best known for London’s demolished Euston Arch and its twin station at Curzon Street, which is now the oldest railway terminus building in the world.

The tall pillars running up the front of the building are made out of a series of huge blocks of stone. The design mirrored the Euston Arch at the London end of the L&BR. The Propylaeum or Doric Euston Arch was designed by Hardwick in 1837 for the London and Birmingham Railway at a cost of £35,000, and was modelled on the entrance to the Acropolis in Athens.

In Hardwick’s original design, the Curzon Street building in Birmingham was to be flanked by two arches leading into the station. However, these were never built. Inside, the building housed the booking hall, with a large iron balustraded stone staircase, a refreshment room and offices.

Although the building is three storeys tall, it is relatively small. A now demolished hotel extension was added to the northern side of the building in 1840. The hotel closed when Queen’s Hotel was opened beside New Street Station, and the building was later used as railway offices. 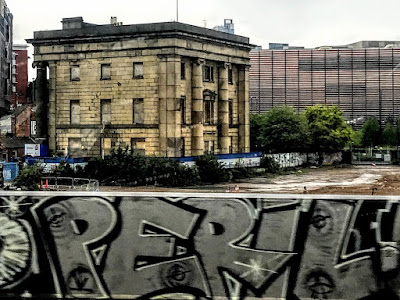 The station opened as Birmingham Station on 24 June 1838, with the first train from London to Birmingham arriving on 17 September. It was the terminus for both the London and Birmingham Railway and the Grand Junction Railway. The companies had adjacent, parallel platforms but there were no through trains.

The Grand Junction Railway arrived at Curzon Street in 1839. Although the line had opened in 1837, one year before the London and Birmingham Railway, it originally ran to a temporary terminus at Vauxhall. A viaduct had to be built to allow the line to reach Curzon Street. The smaller Lawley Street station later opened a short distance to the east. This was the terminus of the Birmingham and Derby Junction Railway, a forerunner of the Midland Railway.

Behind the main entrance building, the L&B station had a wrought-iron framed train shed that had two spans, and covered an area 66 metres long and 34 metres wide. It had two platforms, one for departures and one for arrivals. The Grand Junction Railway had parallel departure and arrivals platforms and a separate entrance building and booking office, now demolished, further along Curzon Street. This was designed by the architect Joseph Franklin.

The station was used by scheduled passenger trains from 1838 to 1854, when it was the terminus for both the London and Birmingham Railway and the Grand Junction Railway, with lines to London, Manchester and Liverpool.

The station’s name was changed from Birmingham to Birmingham Curzon Street in November 1852. By then, its days as a major passenger station were numbered. Curzon Street was inconveniently located on the east edge of Birmingham city centre, and the station’s facilities were inadequate for the growing traffic.

Following the merger of the L&B and Grand Junction railways into the London and North Western Railway (LNWR) in 1846, work began on a new and more conveniently located Grand Central station half a mile to the west. This new station would become known as Birmingham New Street. It was shared with the Midland Railway, and was completed in 1854. Most passenger services were diverted to the new station the same year.

The station continued to be used by some local services to Sutton Coldfield and by excursion trains until 1893. But the station closed to passengers in 1893, It remained open for goods only until 1966, when it finally closed.

The platforms and the original train sheds were demolished in 1966. A commemorative plaque beside the station entrance was unveiled in 1988: ‘This plaque commemorates the 150th anniversary of the arrival of the first London to Birmingham train at this station on Monday 17th September 1838.’

The site was used as a Parcelforce depot for 40 years until May 2006.

In recent years, the surviving Grade I listed entrance building has been used for occasional art events and exhibitions. It was used by a University of Birmingham student theatre group, the Three Bugs Fringe Theatre. At one time, the building was also proposed as a home for the Royal College of Organists, but this plan fell through in 2005 for lack of funds.

Birmingham City Council had hoped to refurbish the building and find an alternative tenant. It was expected to be the centrepiece of the City Park and Masshouse development scheme around the site, and most of the surrounding buildings having been demolished.

These plans have now been superseded by the High Speed 2 proposals. A new station, partly on the site of the Curzon Street station, has been proposed as the Birmingham terminus for HS2 and the hub for the high-speed line linking London and Birmingham. The plans to redevelop the remaining Grade 1 listed building include turning it into a visitor centre and office space for HS2 and other organisations.

Meanwhile, Hardwick’s the 1837 Propylaeum or Doric Euston Arch at the old Euston Station in London was demolished in the early 1960s, despite campaigns and protests by John Betjeman and other conservationists.

Hardwick’s son, Philip Charles Hardwick (1822-1892), was brought to Ireland by third Earl of Dunraven, to complete Adare Manor and to work in Adare, Co Limerick, where he rebuilt Holy Trinity Church as the Roman Catholic parish church. He built a church in Sneem, Co Kerry, designed many of the buildings at Saint Columba’s College, Rathfarnham, and designed Saint John’s Roman Catholic Cathedral and the Redemptorist Church of Mount Saint Alphonsus in Limerick. 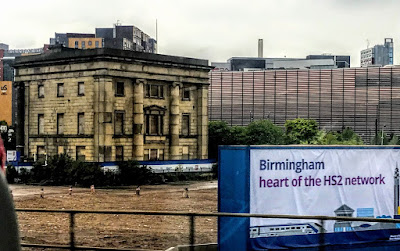 A new station on the site of the Curzon Street station, has been proposed as the Birmingham terminus for HS2 (Photograph: Patrick Comerford, 2019) 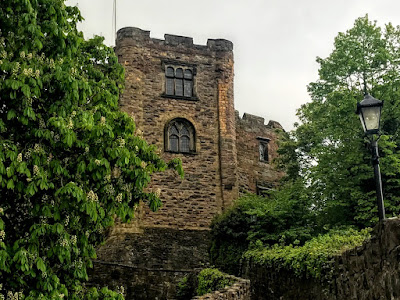 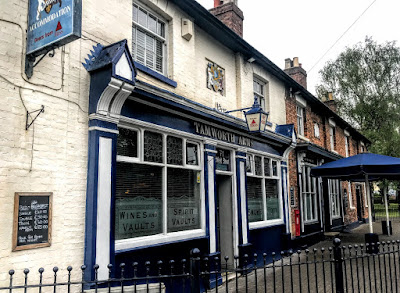 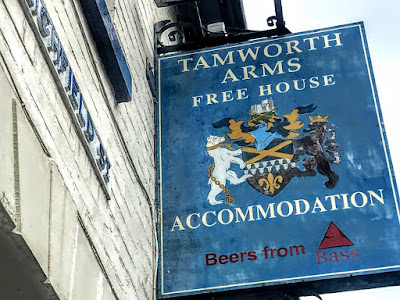