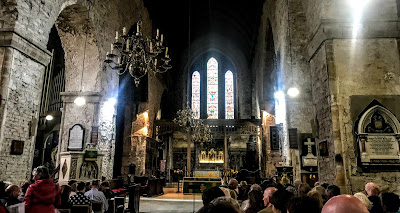 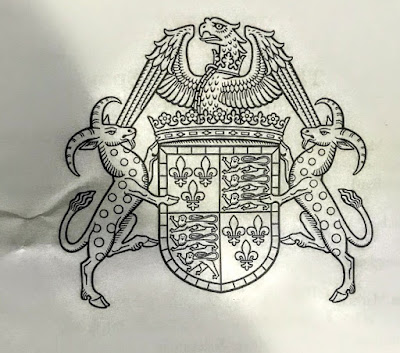 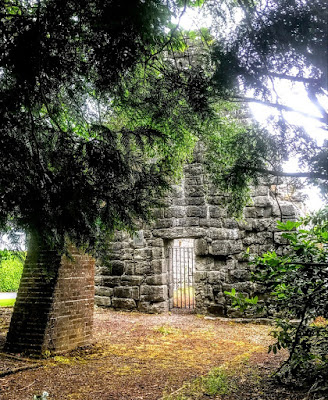 Kilrush Church, on the north bank of the River Shannon, is said to be Limerick’s oldest building (Photograph: Patrick Comerford, 2019)

I was at a concert by Saint John’s Voices, from Saint John’s College, Cambridge, in Saint Mary’s Cathedral, Limerick, at lunchtime on Friday [12 July 2019] – but more about that later, perhaps.

I had caught a mid-morning bus from Askeaton into Limerick, and with an hour or two on my hands I went in search of Limerick’s oldest church building, Kilrush Church, off the North Circular Road and close to the grounds of Villers School.

Kilrush Church, also known as Saint Munchin’s Church, is a mediaeval church and a National Monument, and is said by some to be the oldest building in Limerick.

So, I was surprised to find it nestled in some trees in the middle of a small group of houses in Westfields housing estate. It is so much a feature of this small cul-de-sac that it looks almost like a feature in a small green area shared by two front gardens. 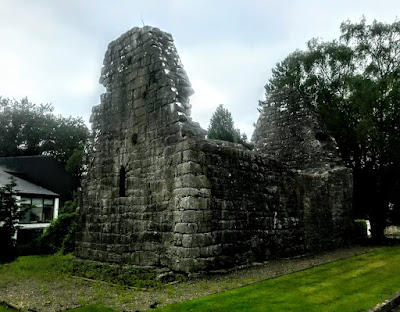 The north side of Kilrush Church … in a small cul-de-sac off Limerick’s North Circular Road (Photograph: Patrick Comerford, 2019)

The church is 2 km west of Limerick city centre, on Old Church Road, off the North Circular Road. The nearest landmarks are Villers School, and Barrington’s Pier on the north bank of the River Shannon, off the N18.

Although the church first appears in records in 1201, many sources say it is the oldest building in the city, and that it was built at some time in the tenth century.

This small, pre-Norman church was dedicated to Saint Munchin or Mainchín mac Setnai, a saint of the late sixth century who later became the patron saint of Limerick.

The first mention of this church is in 1201 but the large building blocks use to build the church and the large lintel stone are evidence of its earlier and pre-Norman and pre-Romanesque origins. 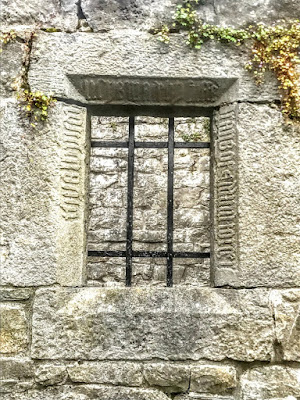 The window on the south wall with a mediaeval inscription (Photograph: Patrick Comerford, 2019)

A window inserted into the south wall, with a mediaeval inscription, dates from the 15th century and came from a Franciscan church in Saint Mary’s Lane in Limerick. It was preserved for a time by Robert Vere O’Brien before it was inserted in this church in around 1900.

The church and its site were excavated in 1999, when about 40 bodies dating from the 16th or 17th century were found buried beneath the Quinlivan window.

Some stabilisation work has been carried out in recent years, so that the west end has been left propped up by an incongruous brick pillar. 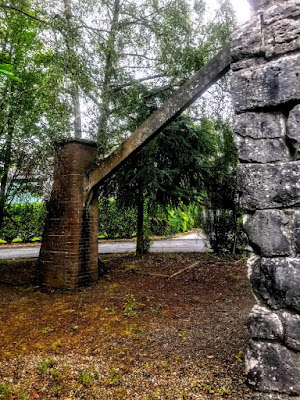 The west end of Kilrush Church is propped up by an incongruous brick pillar (Photograph: Patrick Comerford, 2019)