Through Lent with Vaughan Williams (35):
‘Deck thyself, my soul with gladness’ 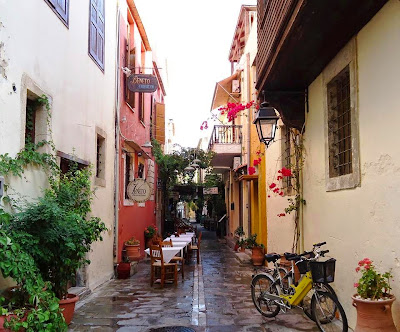 This morning [24 March 2015], I invite you to join me in listening to the hymn ‘Deck thyself, my soul with gladness,’ for which Vaughan Williams arranged a setting of the tune Schmücke dich.

If you sing the hymn with attention, it is really impossible to come away gloomy. It has the effect that its words intend – inviting us to “leave the gloomy haunts of sadness” and rejoice in the opportunity to come and receive the Holy Communion, which Christ has provided for us by his great goodness and humility.

The original melody by Johann Crüger is found in his Geistliche Kirchen-Melodien (Berlin, 1649). Johann Sebastian Bach used the tune for one of his most celebrated organ chorales, the fourth of his Eighteen chorales (BMV 654), and also in Cantata 180. Schumann once described this “as priceless, deep, and full of soul as any piece of music that sprang from a true artist’s imagination.” Mendelssohn declared that “if life were to deprive me of hope and faith, this one chorale would being them back.”

Vaughan Williams harmonised this tune for the first edition of the Engish Hymnal in 1906,and this harmonisation is used for the hymn in the New English Hymnal (No 280) and in the Irish Church Hymnal (No 445), where it has been edited as ‘Soul array thyself with gladness.’

Johann Crüger (1598-1662) was born in Gross-Breese, near Guben. After his education in Guben, Sorau and Breslau, the Jesuit College in Olmütz, and the Poets’ School at Regensburg, he made a tour in Austria, before settling in Berlin in 1615. He was a private tutor until 1622, when he was appointed Cantor of Saint Nicholas's Church, Berlin, and a teacher in the Greyfriars Gymnasium. He died in Berlin in 1662.