Finding quiet corners in Ealing, the ‘Queen of the Suburbs’ 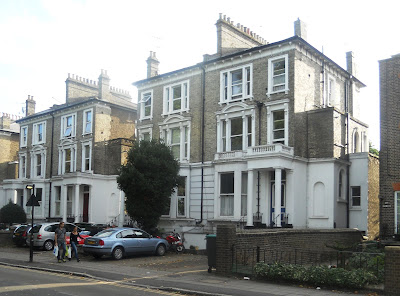 Solid middle class, professional homes have made Ealing the ‘Queen of the Suburbs’ (Photograph: Patrick Comerford, 2012)

Ealing cherishes its reputation as the “Queen of the Suburbs.” Estate agents love using the title when they are trying to attract house-buyers, and I could see how during my strolls around Ealing over the past few days.

The population of Ealing grew rapidly after the arrival of the railway in 1838, and the village became a respectable town. The title “Queen of the Suburbs” was invented in the 19th century, signalling the determination of the residents to keep Ealing a resolutely middle class suburb.

As part of that resolve, the town council decided in the 1880s to allow solid homes for the professional middle classes only to be built here, and as a consequence the Victorian terrace houses found throughout other parts of London were pushed to the outer edges of Ealing.

But, with or without estate agents’ jargon, Ealing is now a pleasant suburb in West London and has preserved the feeling of being a proper town, with its Gothic-style town hall, a train station at Ealing Broadway, Ealing Common and Haven Green, which are only a few steps from each other, tree-lined wide streets, a good shopping centre with high street chains, and Ealing Cricket Ground.

Ealing Cricket Club is one of London’s top cricket clubs. The club has enjoyed great success in recent years, winning the Middlesex Premier League for the last seven seasons, and it is also the current holder of the Barbados Cockspur National T/20 cup.

The history of the club is closely linked with the local Anglican parish church. In 1869, when the Revd ES Carter returned to England from Australia, he became the curate of Christ Church, now the Church of Christ the Saviour on Ealing Broadway. In1871, he and Tom Hearne founded Ealing Cricket Club, and the first match was played that year. 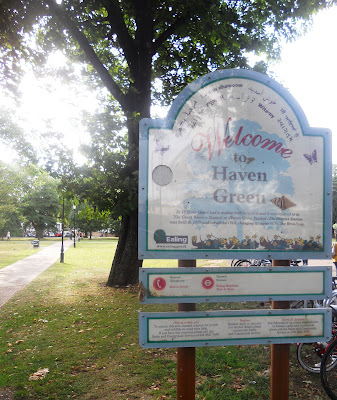 Despite media attention that focussed on the riots on Ealing Broadway last year, Ealing is quiet this August and even feels like a small town in some parts, with its own quiet corners that take me by surprise as a first-time visitor.

Ealing Borough has a rich cultural mix that includes Asian and Irish, an Irish pub on Haven Green, a Greek restaurant on the other corner that I hope to experience before the week is out, Japanese, Persian and Italian restaurants, Arab newsagents, Korean and Polish churches and Polish shops. Indeed, Ealing is the home of London’s large Polish community – which explains why Ealing is twined with a suburb of Warsaw.

I am staying at Ealing Abbey off Castle Bar Road, in the Castlebar and Montpelier area, where the houses are typical of solid suburban Ealing. Castlebar Road rises up from Haven Green to Castlebar Hill and Castlebar Park, which then winds down into Pitshanger Village, although Pitshanger Manor is on the south side of Ealing Broadway, on Mattock Lane.

But there is a lot more to explore around here – including Ealing Studios, just west of the centre of Ealing. Which is your favourite Ealing comedy? 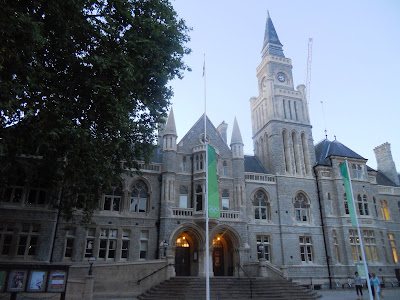