Gothic reflections on the Green 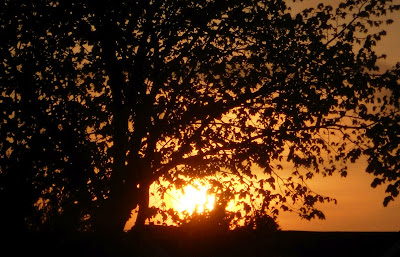 If May Day marks the beginning of summer, then summer is late in arriving in Dublin. The skies were grey as I headed into the city centre late this afternoon to meet Jim Thunder, a lawyer from Arlington near Washington DC, who is a direct descendant of the great Gothic revival architect Augustus Welby Pugin.

Jim and his wife Ann are on short visit to these islands to mark the bicentennial the birth of his great-great-grandfather in 1812. In the past week they have managed to visit Pugin’s home in Ramsgate, and hope to return again to visit the Pugin churches in Co Wexford.

We have a shared friendship with Professor Kevin Whelan of Notre Dame University.
We talked and talked in Staunton’s on the Green, about his great-great-grandfather and my great grandfather, James Comerford, who worked on the Pugin, Pierce and McCarthy churches in Wexford and Dublin.

Jim recalled speaking at Notre Dame’s Architecture School on Pugin in 1998. The only Pugin artefacts on permanent display in the US are a dinner-plate and a spoon his father donated to the Snite Museum in 1995. 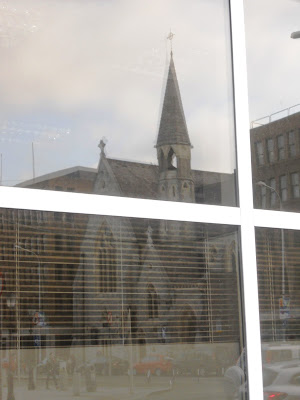 Back out on Saint Stephen’s Green, the clouds were still grey, but there was enough sunshine to catch reflections of the Unitarian Church on the west side of the Green in the ground floor windows on the south side.

I walked on through Cuffe Street and Kevin Street, past the former Moravian church, and on to the Cabbage Garden behind the Iveagh Trust flats at the top of Cathedral Lane, near Saint Patrick’s Cathedral.

This small park, between Kevin Street and New Street, amounts to little more than half a hectare. It gets its name from the tradition that Cromwellian soldiers cultivated cabbages on the site in the 1650s.

After the Caroline restoration, the site was used for burials from 1663, and in 1666 this small corner of old Dublin was entrusted by the Dean and Chapter of Saint Patrick’s Cathedral to the parish of Saint Nicholas Without for use as a cemetery.

The old gravestones in the Cabbage Garden date back to the 17th century (Photograph: Patrick Comerford, 2012)

At that time, the Huguenots of Dublin began using the Lady Chapel in Saint Patrick’s Cathedral as their place of worship. Part of the Cabbage Garden was designated for Huguenot burials from 1681 to 1858, and many members of well-known Huguenot families, including the La Touche merchant and banking family, are buried here, alongside merchants and tradesmen from the Liberties.

The cemetery was closed to burials in 1878, and in 1897 Lord Iveagh proposed redeveloping the garden as a public recreational facility. However, his proposals never saw the light of day.

Dublin Corporation developed the existing park in 1979/1980, and there was some further redevelopment in 1998.

From New Street, I walked on up to Harold’s Cross, before catching a bus to Knocklyon, in time for a beautiful sunset behind Glenvara Park.

Posted by Patrick Comerford at 22:28 No comments: