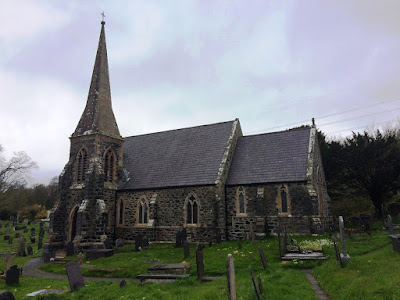 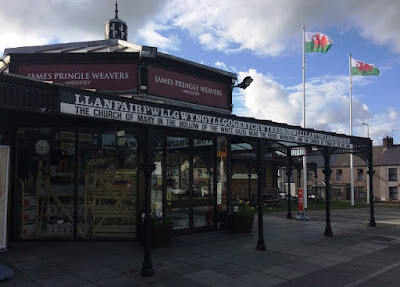 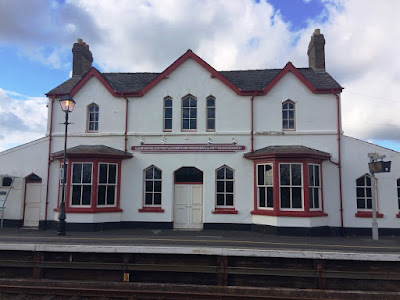 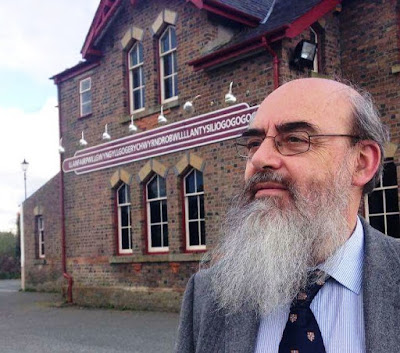 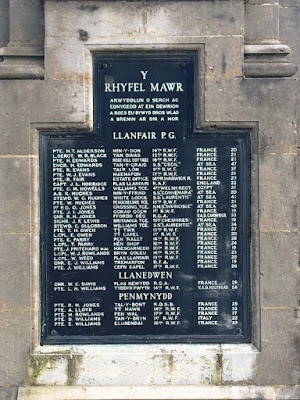 Little remains of the former
1916 prison camp in Frongoch 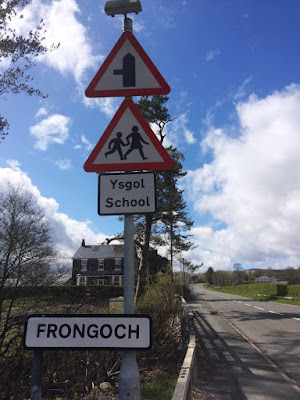 One of the main purposes of this visit to Wales this weekend was to see the site of the former prison camp in Frongoch, where about 1,800 Irish prisoners were held for four or five months in the immediate aftermath of the Easter Rising in 1916.

I am staying for three days in Beaumaris on the coast of Anglesey, close to the Menai Bridge and the Brittania Bridge that link the isle of Anglesey with the Welsh mainland. From Beaumaris it was less than an hour’s drive on Saturday afternoon [30 April 2016] through rugged, beautiful Welsh countryside to tiny Frongoch, on the edge of Snowdonia.

Frongoch is in Gwynedd in north Wales, close to the market town of Bala, on the A4212 road. It is so small that without the road sign on the edge of Frongoch, we might have missed the place altogether. There is a school, Ysgol Bro Tryweryn, one or two guesthouses and one or two farmhouses, a few bungalows and a former railway station. But the one café was closed on Saturday afternoon, presumably because few people ever stop here on their way through. 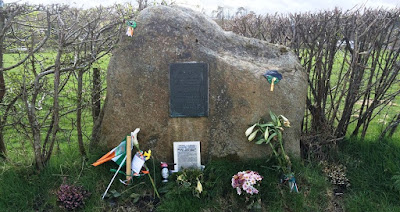 A small marker stone and a plaque in an easy-to-miss lay-by on the side of the A4212 has inscriptions in Irish, Welsh and English. In recent days, a few bunches of flowers have been laid here, along with a small tricolour defaced with an Easter lilly and an empty can of Guinness. Otherwise, there was nothing to tell the passer-by that this was the site of the former prison camp in Frongoch.

During World War I, the internment camp at Frongoch, in what was then Merionethshire, was a makeshift prison, and until 1916 German prisoners of war were held in an abandoned distillery and in crude huts. However, after the Easter Rising in Dublin in 1916, the German prisoners were moved out and Frongoch became a place of internment for about 1,800 Irish prisoners.

The prisoners included Michael Collins, Arthur Griffith and the future Hollywood actor Arthur Shields. It is often said that Éamon de Valera was a prisoner at Frongoch too, but in fact he was held in prisons in Dartmoor, Maidstone and Lewes.

The prisoners were drawn from across the class divisions and included labourers, teachers, poets, artists and writers. Effectively, they ran the prison themselves, and in informal efforts to share and improve their education they organised classes in reading, writing, languages, crafts – and, inevitably, guerrilla warfare.

The conditions were appalling, even by the standards of the day. The editor of the Cork Free Press, Frank Gallagher, was one of the first journalists to accuse the authorities of lying about the conditions in the camp. As the controversy spread over those conditions, the camp medical officer, Dr Peters, is said to have drowned himself, leading to questions in the House of Commons.

After four months of a stormy controversy, the camp was emptied in December 1916 when David Lloyd George replaced HH Asquith as Prime Minister. A handful of the prisoners were tried, but most of them were back home in Ireland for Christmas by the end of 1916. 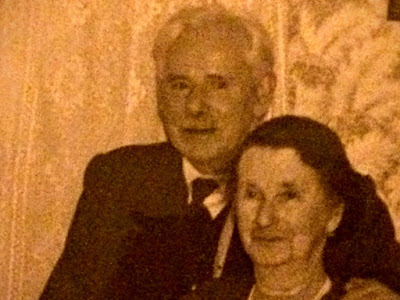 One of those prisoners who returned home from Frongoch for Christmas 1916 was Barbara’s grandfather, Joseph Doyle (1878-1958), a printer from 117 Capel Street, Dublin who was a sergeant in the Irish Citizen Army.

Joe Doyle was born in Kilmainham in 1878 and worked as a printer in the machine department in Dollards. He was a sergeant in the Irish Citizen Army in 1916, and was with James Connolly in Liberty Hall on the Tuesday before Easter. With his wife Christina, he was a member of the garrison at the Royal College of Surgeons in Ireland in Saint Stephen’s Green, which included the largest number of women members to take part in the Rising.

Joe was sent to command a unit of 16 men at Davey’s pub in Portobello, deployed to delay troops sent from Portobello Barracks. He also fought at Harcourt Street Railway Station and at the RCSI in Saint Stephen’s Green under Countess Markievicz and Michael Mallin.

After the Rising, he was first interned in Stafford Gaol and then in Wandsworth, before being sent on to Frongoch in July 1916. However, he too was released for Christmas 1916.

After his release, Joe Doyle took part in a raid for arms at Portobello Barracks in September 1917 and raids for arms on US army supply ships as well as on Wellington Barracks, Islandbridge Barracks and in the defence of Liberty Hall during the night of 11 November 1918. 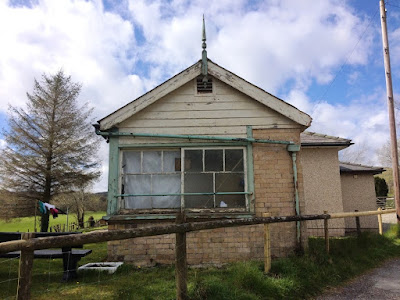 The former signal box marks the site of the railway station in Frongoch that was busy bringing Irish prisoners to anf from the camp in 1916 (Photograph: Patrick Comerford, 2016)

As Wales prepares for local and assembly elections later this week, this part of North Wales is visibly nationalist and almost entirely Welsh speaking. We were warmly welcomed by a passing farmer and a small group of people in kayaks on the river.

The river and the mountains make this a tranquil and pretty place. But Frongoch is little more than a hamlet, too small, perhaps, to be called a village. The former distillery buildings and the camp huts have long been demolished, the dilapidated signal box, station canopy, and a platform are all that remain of the small station and the former railway line that must have been busy 100 years ago bringing prisoners to and from Frongoch.

The roadside marker is the only remaining visible evidence of the prison camp, and I imagine the two of us were the only Irish visitors there this weekend. 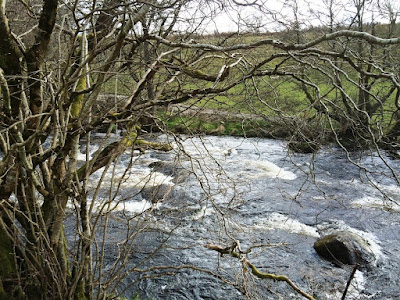