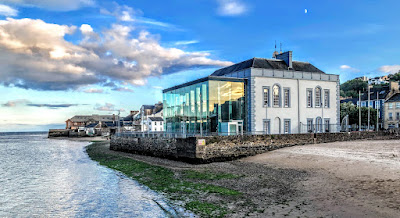 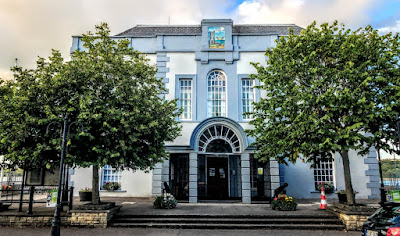 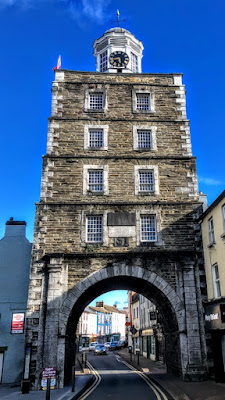 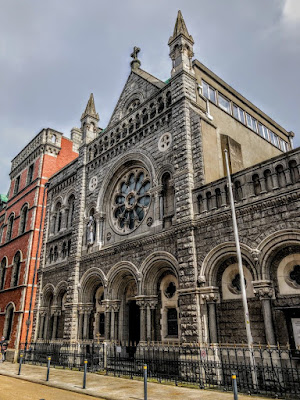 I am in Youghal, Co Cork, on a short overnight visit, and I am planning to visit a number of places in East Cork and West Waterford later today.

My theme this week is churches in the Carmelite tradition, and my photographs this morning (16 August 2021) are from Saint Teresa’s Church in Clarendon Street, Dublin. 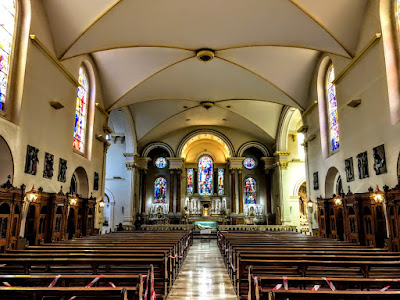 The church was built, according to the legal restrictions of the time off the main street, and with little outward signs that it was a church. The Carmelite church was built above the church so that it looked like a private house.

This was the first Roman Catholic church built in Dublin after the Irish Parliament passed the Catholic Relief Act in 1793.

The foundation stone was laid in 1793 by the Dublin brewer, John Sweetman, who bought the site in his own name for the Carmelites from the builder William Semple. The poet Thomas Moore and the future rebel leader Robert Emmet were among the prominent people who subscribed to the building fund.

Daniel O’Connell held political meetings in the chapel between 1813 and 1829. He was a friend of the friars, particularly Father John Francis Lestrange, who was his chosen confessor. Father Lestrange was also secretary of O’Connell’s Catholic Association group, which campaigned for emancipation.

Since then, the church has been enlarged on many occasions, and it remains one of Dublin’s most distinguished churches, known for its choral tradition, its choir and organ, and for inner city piety and devotion.

The sanctuary, the east transept and the campanile were built in 1863, designed by the architect John Bourke and the work of John P Beardwood.

The west transept and the façade, facing onto Clarendon Street, with statues by Patrick O’Neill and James Pearse of the Virgin Mary, Saint Teresa of Avila and Saint John of the Cross, date from 1876. This work, along with a library, four sitting rooms, a hall and staircase, was designed by the architects John O’Neill and William Henry Byrne. Later additions were designed by William Hague (1889), William Henry Byrne (1898-1899) and Ashlin and Coleman (1914, 1916, 1923-1924, 1949).

The rose window by Earley and Powell depicts various Carmelite saints. Other Earley windows include the Betrothal of Mary and Joseph, Elijah, Our Lady of Mount Carmel Presenting the Brown Scapular to Saint Simon Stock, Saint John of the Cross and the Ecstasy of Saint Teresa.

The 1990s windows by Phyllis Burke form a rich collection that include Saint Joseph and the Holy Family, Saint Elias or Elijah, Saint Teresa of Avila, Saint John of the Cross, Saint Thérèse of Lisieux, Saint Patrick, Saint Bridget, the Prodigal Son, Veronica’s Veil, the Woman at the Well, Psalms 41 and 42, and Saint Teresa Benedicta of the Cross (Edith Stein).

The Prior of Saint Teresa’s Church is Father Jim Noonan OCD. He has served for 10 years with the Carmelite mission in Nigeria. 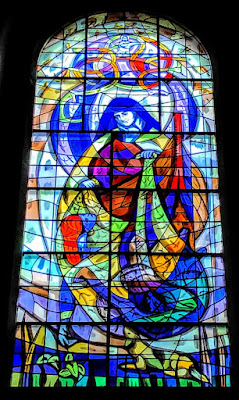 16 Then someone came to him and said, ‘Teacher, what good deed must I do to have eternal life?’ 17 And he said to him, ‘Why do you ask me about what is good? There is only one who is good. If you wish to enter into life, keep the commandments.’ 18 He said to him, ‘Which ones?’ And Jesus said, ‘You shall not murder; You shall not commit adultery; You shall not steal; You shall not bear false witness; 19 Honour your father and mother; also, You shall love your neighbour as yourself.’ 20 The young man said to him, ‘I have kept all these; what do I still lack?’ 21 Jesus said to him, ‘If you wish to be perfect, go, sell your possessions, and give the money to the poor, and you will have treasure in heaven; then come, follow me.’ 22 When the young man heard this word, he went away grieving, for he had many possessions. 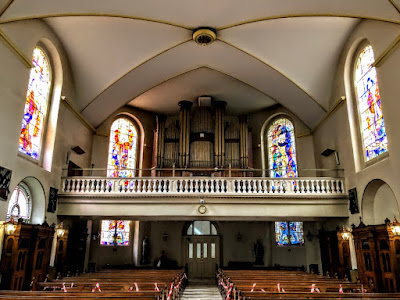 The Prayer in the USPG Prayer Diary today (16 August 2021) invites us to pray:

O Lord, we give thanks for the life of the Blessed Virgin Mary. Let us magnify and rejoice in You, as she did. 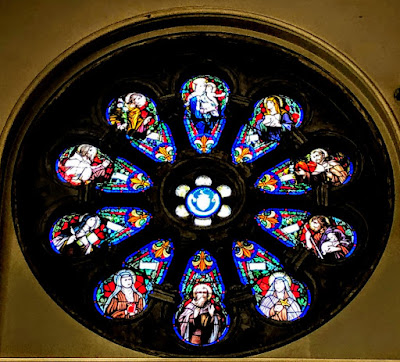 Carmelite saints in a rose window by Earley and Powell (Photograph: Patrick Comerford, 2021)