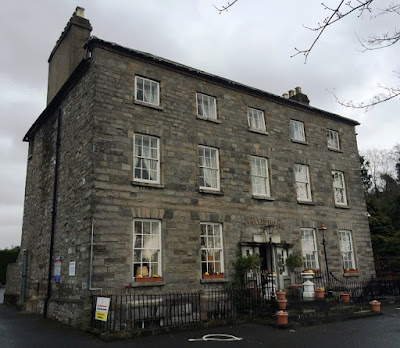 Today was the Second Sunday of Easter, which is popularly known as “Low Sunday,” and it was a privilege to preside at the Eucharist this morning in Christ Church Cathedral, Dublin.

Later, after coffee in La Dolce Vita in Temple Bar, four of us met up for a late lunch this Sunday afternoon in Leixlip House Hotel, a masterfully transformed Georgian home on Captain’s Hill in Leixlip, Co Kildare. It dates back to 1774 and overlooks the picturesque village of Leixlip with its waterfall on the River Liffey.

After the Anglo-Norman arrival in Ireland, Leixlip and the surrounding territories was part of the lands g anted to the de Hereford family in 1175.

By 1500, the Eustace family, who were related to the FitzGeralds of Kildare, owned great areas of land in Co Kildare, including the parish of Confey near Leixlip. In 1540, John Eustace was living in the castle at Confey and he also owned property in Thomas Street, James’ Street and neighbouring areas of Dublin.

Nicholas FitzJohn Eustace of Confey was among the principle gentry of Co Kildare in 1600, and other members of the family owned Clongowes Wood, Castlemartin, Harristown, Newlands and other estates in Co Kildare.

In 1641, James Eustace of Confey, who was described as an Irish Papist, owned about 100 acres of land in the townlands of Newtown and Confey. That year, the Eustace castle at Confey was destroyed in the rebellion of 1641. 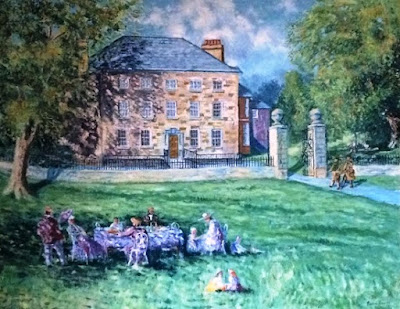 A painting of Leixlip House in one of the corridors in the hotel (Photograph: Patrick Comerford, 2016)

Despite the Cromwellian Confiscations the Eustace family, the Plunketts and other leading local families succeeded in keeping their lands near Leixlip during. By 1659, the townland of Confey had 34 inhabitants, while Leixlip had 100 people, and James Eustace was one of the three principle citizens in the area.

However, many branches of the Eustace family in Co Kildare were outlawed in the 1690s and their estates possessions were confiscated because of their support of King James II in the Williamite Wars.

Captain William Brady held the Lime Kiln holding in Newtown Leixlip from the Conolly family in 1772. The other tenants in the area included Richard Guinness, a brother of Arthur Guinness, founder of the Dublin brewery, and Peter Berrill, the parish priest of Leixlip. Captain Brady, who may have come from Ballaghy in Co Derry, where the Connolly family then had an estate, probably built Leixlip House in the 1770s.

Major-General Brady was active with Thomas Conolly in arranging the surrender of local rebels in 1798. Two years later, his daughter Jane married John Downing of Co Derry, who assumed the additional name of Nesbitt when he inherited the Nesbitt estate in Edenderry. He married in 1800 Jane, the daughter of General Brady of Leixlip House.

When General Brady died in 1828, he was buried in Leixlip cemetery, where there is a monument in his honour. Leixlip House then became the residence of Mr John Nesbitt. At Griffith’s Valuation in the 1850s, William George Downing Nesbitt held Leixlip House and 15 acres, along with 21 acres from Thomas Conolly of Castletown.

When William Nesbitt died in 1857, he was succeeded in turn by his sister and their cousin Edward Beaumount Downing Nesbitt, but he did not live in Leixlip House. In the 1910s, Leixlip House was home to WA West, a land commissioner, and later to the Hone family. In the 1950s, it was bought by Colonel Head, who extended the house. 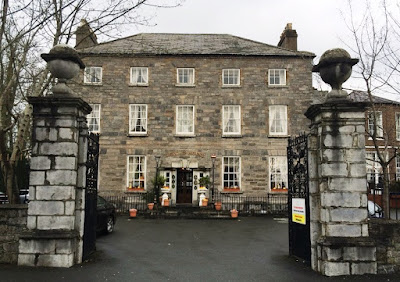 The gates, railings and pillars of Leixlip House came from the French Estate in Frenchpark, Co Roscommon (Photograph: Patrick Comerford, 2016)

In 1974, Leilxip House and the surrounding 15 acres but without the field across the road that had been sold previously, was bought by the O’Mahoney family from Mrs Carville. They installed the impressive gates, railings and pillars procured, which came from the French Estate in Frenchpark, Co Roscommon.

Leixlip House and lands were sold by the O’Mahoney family to local developers in 1982. A year later, a fire cause extensive damage to the house, particularly to the roof and the top floors. The cause of the fire was never established, and for some years the house lay derelict and faced a very uncertain future.

The Towey Family from Palmerstown, bought Leixlip House Hotel in 1996, and immediately they began an extensive refurbishment project. They opened the hotel with 19 bedrooms, a restaurant with a capacity for 50 guests, and a banqueting suite that can hold 140 guests.

They have secured the fabric of the house, and 20 years later Leixlip House is now in good shape for future generations. 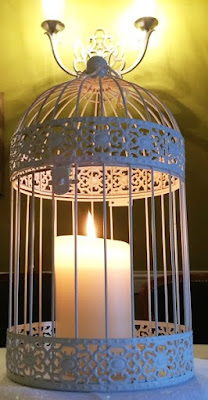 The future of Leixlip House has been secured for future generations (Photograph: Patrick Comerford, 2016)