‘Follow me, and I will make
you fish for people’ 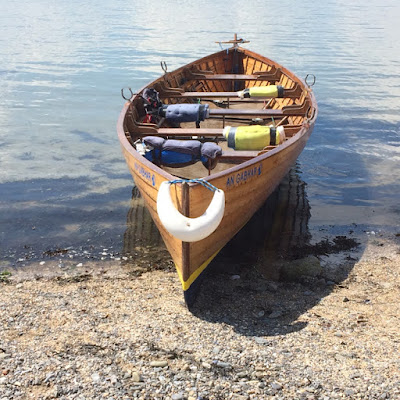 ‘Immediately they left the boat and followed him’ … a boat on a small beach near the harbour in Skerries (Photograph: Patrick Comerford)

The Third Sunday after Epiphany,

Well, after Friday night’s service of Introduction and Welcome in Rathkeale, I have started to settle into the parish and into the Rectory in Askeaton.

In so many ways this morning, I can identify with Christ in this morning’s Gospel reading, as he moves from his home in Nazareth to make his home in Capernaum as he sets out on a new phase in his ministry.

As you get to know me, and as I get to know you, as we begin to journey together, you will find that one of my true pleasures in life is walking on the beach, along the banks of rivers, along the piers of harbours, and by the sea.

I have already had a few walks by the banks of the River Deel in Askeaton, and been along the banks of the Shannon Estuary, so this is going to be a real pleasure and real treasure of a place for me.

So you can see too how, reading this morning’s Gospel story, I can also enjoy reading about Christ, in his new home, walking by the banks of the waters of the sea or lake, meeting people, getting into conversation with them, and inviting them to journey with him.

I imagine, as we listen to this Gospel reading together this morning, a number of phrases jump out immediately:

Despite the familiarity of these phrases, I am sure these are images and quotes that still leap out as we listen to this passage afresh.

And some come back to us in the more familiar language of other translations and versions, such as:

In popular newspaper cartoons, humorous office absences are often indicated by a sign hung on the door declaring: ‘Gone Fishin’.’

Fishing in our culture is often seen by non-fishers as idleness, a sedentary past-time, taking it easy, doing nothing.

I cannot imagine it was like that for the first disciples. It was a tough career choice when you think of the night shifts, the storms, and the difficulties in finding a catch that occur time and again in the Gospels.

I do not know which was a more difficult and demanding task: being a fisher on the Sea of Galilee, or being a Disciple of Christ … especially when the call comes from someone who has withdrawn to Galilee after the arrest of his cousin, the one who publicly baptised and acclaimed him in last Sunday’s Gospel reading, Saint John the Baptist (John 1: 29-42).

Either way, the four first disciples were going to have no lazy day by the river bank, or by the shore, or for that matter as followers of Christ.

Becoming ‘fishers of men,’ ‘fishing for people,’ is going to bring these Galilean fishers into a relationship not only with Christ, but with their families, with their neighbours, with the tax collectors, with Pharisees, Sadducees and Zealots, with the powers of this world, with Gentiles, with the people who sat in darkness and in the region of the shadow of death.

Sometimes, in the Church, we do not cast our nets far enough or deep enough. No wonder then that most of the time, when we pull in those nets, we find them empty.

There is saying that fish come in three sizes, small ones, medium ones and the ones that got away.

Too often in the Church, we know about the small ones, we are good with the medium ones, but we pay little attention to going after the ones that get away. 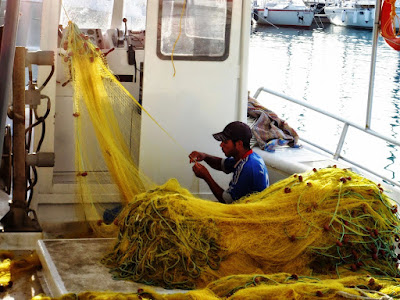 A fisherman takes care of his nets in the harbour in Rethymnon on the Greek island of Crete (Photograph: Patrick Comerford)

I have been a vegetarian most of my life, but the image of patient fishing is worth working with. Ernest Hemingway, in The Old Man and The Sea, says ‘Il faut (d’abord) durer … It is necessary, above all else, to endure. It is necessary to endure.’

Many years ago, when I hitch-hiking in the Peaks on the borders of Staffordshire and Derbyshire in my late teens, and staying in Ilam Hall, I came across the work of that great Anglican writer, Izaak Walton (1593-1683), known not only for his biographies of John Donne, George Herbert and Richard Hooker, but also known as the author of The Compleat Angler.

In The Compleat Angler, Izaak Walton points out that fishing can teach us patience and discipline. Fishing takes practice, preparation, discipline; like discipleship, it has to be learned, and learning requires practice before there are any results. And sometimes, whether it is fishing in a river or fishing in the sea, the best results can come from going against the current.

Walking along the piers in north Dublin or on summer holidays on Greek islands, I sometimes watch the careful early morning work of the crews in the trawlers and fishing boats, and I am reminded that good fishing does not come about by accident. It also requires paying attention to the nets, moving them carefully, mending them, cleaning them after each and every use, hanging them out to dry.

And fishing is also about noticing the weather, watching the wind and the clouds. Good fishing takes account of contexts … it is incarnational.

Time and again in Gospels, the Kingdom of God is compared to a huge net cast over different numbers of people and species. We are the ones called to cast that net, and we cannot hang any sign outside on our office doors saying: ‘Gone Fishin’.’

Nor can we stand by the bank or on the shore, content with two sizes of fish. We are called to go after the ones that others let get away, not just those who come to Church regularly, but also those people who sit in darkness and in the region of the shadow of death.

When they take a break from that fishing this morning, the disciples follow Jesus, and he goes into both the places of worship and ‘among the people’ (verse 23). The word used here for the people – the people who live in darkness and the people Jesus journeys among – is the word λαός (laós), and it means not just the people, but the rowdy, the masses, the populace. It sometimes it even has vulgar connotations.

So we, me and you, are here for our neighbours, those around us.

I have come here with hope, to walk by the waterside, to walk with you, to cast my nets, but to cast them with you. Who knows what we can do as we walk together in the time ahead of us.

And so may all we think, say and do be to the praise, honour and glory of God, + Father, Son and Holy Spirit. Amen. 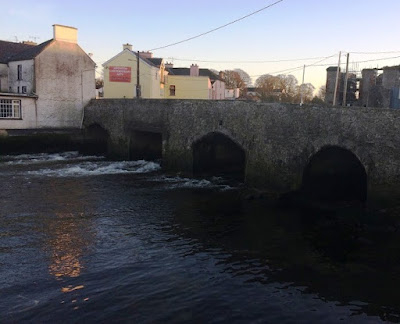 Almighty God, whose Son revealed in signs and miracles
the wonder of your saving presence:
Renew your people with your heavenly grace,
and in all our weakness
sustain us by your mighty power;
through Jesus Christ our Lord.

12 When Jesus heard that John had been arrested,
he withdrew to Galilee.
13 He left Nazareth and made his home in Capernaum by the sea,
in the territory of Zebulun and Naphtali,
14 so that what had been spoken through the prophet Isaiah
might be fulfilled:
15 ‘Land of Zebulun, land of Naphtali,
on the road by the sea, across the Jordan,
Galilee of the Gentiles –
16 the people who sat in darkness
have seen a great light,
and for those who sat in the region and shadow of death
light has dawned.’
17 From that time Jesus began to proclaim,
‘Repent, for the kingdom of heaven has come near.’

18 As he walked by the Sea of Galilee,
he saw two brothers,
Simon, who is called Peter, and Andrew his brother,
casting a net into the lake – for they were fishermen.
19 And he said to them,
‘Follow me, and I will make you fish for people.’
20 Immediately they left the boat and followed him.

21 As he went from there, he saw two other brothers,
James son of Zebedee and his brother John,
in the boat with their father Zebedee, mending their nets,
and he called them.

22 Immediately they left the boat and their father, and followed him.

23 Jesus went throughout Galilee,
teaching in their synagogues
and proclaiming the good news of the kingdom
and curing every disease and every sickness among the people.

(Revd Professor) Patrick Comerford is Priest-in-Charge, Rathkeale and Kilnaughtin (Limerick and Killaloe) and Lecturer in Anglicanism, Liturgy and Church History, the Church of Ireland Theological Institute. This sermon was preached on 22 January 2017