4 million readers, including
some trolls seeking ‘heresy’
in my mundane musings 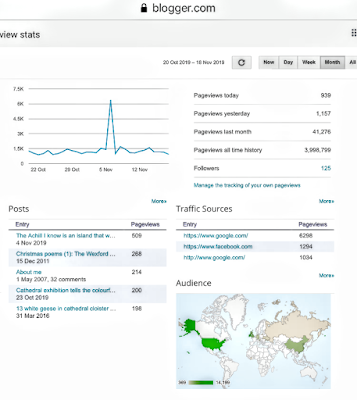 This is not a ‘bells-and-whistles’ blog, and it is never going to be a commercial success. It was never designed to be so.

I decline advertising and commercial sponsorships, I accept no ‘freebies,’ and I endorse no products. Even when I am posting on politically-charged topics, mainly about war and peace, racism, human right and refugees, I refuse to declare my personal party preferences when it comes to voting.

I am so keen to resist commercial pressures that I have refused to receive books from publishers and only review books I have bought myself. Without making too much a point of it, I value my independence so much that I refuse the offers of coffee when I return to restaurants I have mentioned … there is no such thing as a free meal.

Most of my postings must seem mundane to many. They include Sunday sermons, and comments on my walks on beaches, my regular double espressos and the occasional glass of wine. There are regular postings about travel, spirituality, my prayer life, architecture, meals out, art, music and mission conferences. And I post regularly from places I visit and that are part of my life story at this stage … Lichfield, Crete, Cambridge, Wexford …

Looking back on past postings, a large number are legacy postings I ought to have archived a long time ago: lecture notes, tutorial musings and faculty reflections when I was a lecturer at the Church of Ireland Theological Institute.

So, it comes as a pleasant surprise to me that the number of visitors to this blog passes the 4 million mark this evening [19 November 2019].

Which makes it all the more staggering to find that two weeks ago I had 6,374 hits on 6 November 2019. It is the highest number of hits for one day, not just this month or this year, but since I began blogging over nine years aho.

These are not ‘guesstimates,’ figures I produce myself or statistics skewed towards potential advertising. These are figures provided by Google, and I cannot massage or manipulate them. The bar chart illustrates the statistics.

So, what happened two weeks ago, immediately before 6 November, that I can link to this peak in hits on this blog?

I was staying in Bratislava for a family celebration that Wednesday evening, and planning a one-day visit to Vienna the following day. Despite movies such as The 39 Steps and The Third Man, I cannot imagine anyone in Slovakia or Austria thought it was worth musing on my sermons and lectures, still less that they were they seeking insights into my prayer life.

But on 4 November, following the election of Archdeacon David McClay as Bishop of Down and Dromore, I reposted on a closed and private forum on social media a report last year in the Belfast Telegraph [28 February 2018] on an event in Willowfield parish church in East Belfast which David McClay said was not a ‘gay therapy course.’

Over the next 48 hours, the response was intense. That forum is private, yet members demanded that my posting be removed, and many of the people who responded negatively were people who had never commented before, either negatively or positively, on my previous posts on that forum.

Eventually I felt I had to point out that trolling is when someone watches your comments and postings, but only comments with feigned offence to something they disagree with, seeking to elicit strong, negative responses, yet never says anything positive about other postings.

This seems to explain why this blog had 6,374 hits on 6 November 2019. Perhaps a small group of people were eager to work through my sermons, lectures and daily musings in search of heresy. If so, they posed themselves an arduous and impossible task.

Then, to compound matters, some of the personal messages I received from 4-7 November were rude. Some of the people who had asked for my posting to be removed during those two days or so later removed their own reactions to and comments on my posting, and one priest-colleague has now blocked me on Facebook.

The last major experience like this on my site was six years ago, on 21 November 2013, when the number of daily hits passed the 2,000 mark for the first time, with 2,004 page-views that day. That was also the day I was the guest speaker at a debate in the ‘Phil’ in Trinity College Dublin, speaking about Edward Snowden, and about freedom of information and freedom of the media.

There is a difference of scale and of magnitude in these two experiences.

I would rather I was wrong; I would rather I was massaging my own statistics; I would rather I was a sad, silly old man, self-obsessed with his own posting and blog hits than that any of this was true. None of this is a reflection on the Bishop-elect of Down and Dromore, who faces ratification at the House of Bishops tomorrow. But this experience reflects on his self-appointed defenders and on the members of a number of elite, self-selecting pressure groups.

There is a saying among bloggers, ‘Don’t feed the Trolls.’ Yet, this experience illustrates the sad and low level to which debate and discourse have descended in some circles in the Church of Ireland. 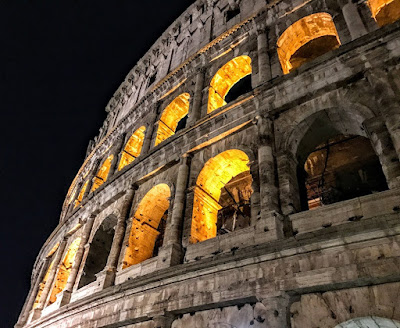 The Colosseum is visited by four million tourists a year (Photograph: Patrick Comerford)

But, on a positive note, I am delighted with 4 million readers today. What do 4 million people look like?

Athens has a population of about 4 million people.

The population of Ireland first reached 4 million in 1781.

President Donald Trump’s policies means the number of uninsured children in the US moved above four million this year.

Over 4 million people went on strike for global climate action in September.

The Colosseum and the Vatican Museums are visited by four million tourists a year.

More than 4 million people have chronic daily migraine in the US, with at least 15 migraine days a month.

About 4 million people live in the Arctic, and they are scattered through many countries.

The Church of England parish registers for Staffordshire for 1538-1900, about 3,000 registers, contain 4 million names.

And … €4 million is the asking price for Bauhaus, a Roman-style villa set on 3.5 acres at 16 Stocking Lane in Rathfarnham. 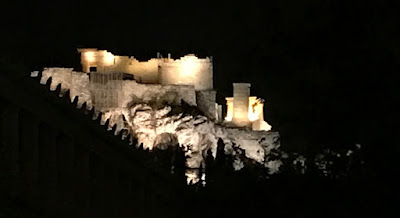 The Acropolis at night … there are four million people living in Athens (Photograph: Patrick Comerford)

I am one of the 4 million who really enjoy reading your blog. So thank you for sharing your thoughts 👍

I too enjoy reading your blog and comments.Who are these people ,won't debate but try to hurt from the sidelines.Unfortunatly for them truth and justice will always win.Thank you Patrick for speaking for me and many like me