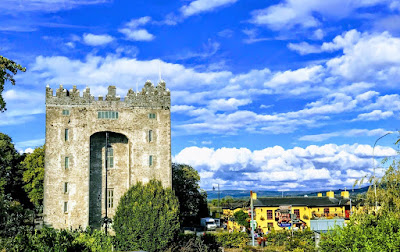 Bunratty Castle stands out on the landscape in south Co Clare, close to the estuary of the River Shannon (Photograph: Patrick Comerford)

Bunratty Castle is a large 15th-century tower house in Bunratty village, off the road between Limerick and Ennis, near both airport and Shannon Town. The name Bunratty (Bun Ráite, or Bun na Ráite) refers to either the ‘river basin,’ or the River Ratty, the river that runs alongside the castle and flows into the Shannon Estuary at this point.

When Thomas de Clare returned to Ireland in 1287, he rebuilt the castle with a 130-metre fosse around it. The castle was again attacked but it did not fall until 1318, when Richard de Clare was killed at Dysert O’Dea. Bunratty Castle and the village were burned down and Lady de Clare fled to Limerick. The de Clare family never returned to Bunratty and the remains of the castle collapsed, leaving no traces or remains of this second castle. 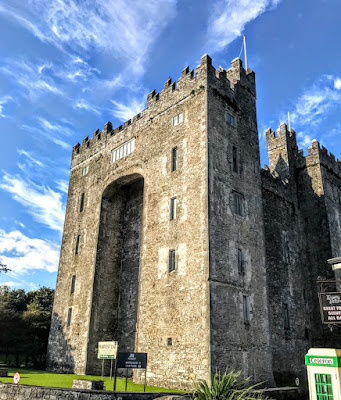 The present Bunratty Castle is the fourth castle on the site and was built by the MacNamara family around 1425.(Photograph: Patrick Comerford) 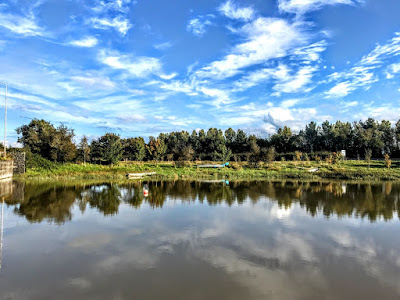 By the banks of the Shannon Estuary at Bunratty (Photograph: Patrick Comerford)