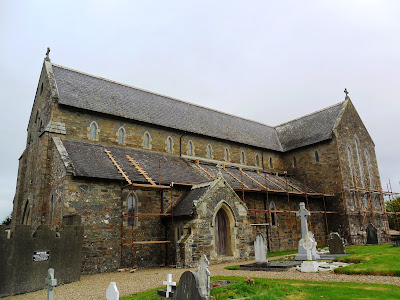 Saint Mary’s Church, Tagoat, is the last of Pugin’s churches in Co Wexford … many regard it as his most important parish church in Ireland (Photograph: Patrick Comerford)

Today is the Feast of the Annunciation, and my photographs this morning (25 March 2021) are from the Saint Mary’s Church, Tagoat, Co Wexford.

Many regard Saint Mary’s as the most important of Pugin’s parish churches in Ireland, and it has been has been described as ‘an example of Pugin’s best work on a small church.’

Pugin’s great Irish patron, John Hyacinth Talbot, inherited Ballytrent House, the ancestral home of the Redmond banking family, when he married Ann Eliza Redmond, a 19-year-old heiress, on the day of her father’s death, 10 May 1822. She died four years later in 1826, and in 1843 Talbot commissioned Pugin to design Saint Mary’s Church in Tagoat as both his parish church and as a memorial to his late wife.

Let us pray for an end to all forms of modern-day slavery in the world. 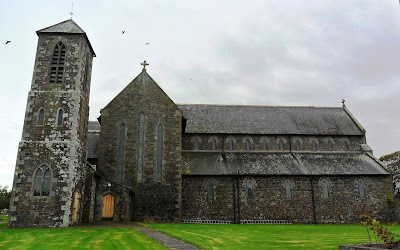 JH Talbot commissioned Pugin to design Saint Mary’s Church in Tagoat as both his parish church and as a memorial to his late wife (Photograph: Patrick Comerford)