Haydn and Handel or Brahms and Liszt
in Saint Mary’s Cathedral, Limerick 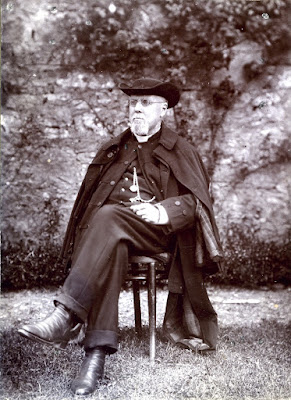 John Armour Haydn (1845-1920) had a life-time interest in the music of Saint Mary’s Cathedral, Limerick … was he related to Joseph Haydn?

‘Brahms and Liszt’ is a description in rhyming slang in England for being drunk. But it seems Brahms and Liszt only ever met on one occasions, in Weimar in 1853, when Brahms presented some of his compositions to a group of composers that included Liszt.

Liszt played some of Brahms’s work, and then performed his own B-minor Piano Sonata. But Brahms was impressed neither with Liszt’s music nor with the work of most of the rest of the ‘New German School.’

In the Irish imagination, Keats and Chapman are inextricably linked, arm-in-arm, not because of the Keats poem, ‘On first looking into Chapman’s Homer,’ but because come together in so many of the writings of Myles na Gopaleen.

Which major figures in European culture are inextricably linked or inseparable opposites for you? Mozart and Beethoven? Keats and Shelley? Livingstone and Stanley? Crick and Watson? The Rolling Stones and the Beatles? Swann and Topping? Torvill and Dean? Saint and Greavsie?

Before my lunchtime lecture on John Desmond Bernal in Saint Mary’s Cathedral, Limerick, yesterday (18 May 2021), I was surprised to find that the cathedral offers a curious link – well, a musical link of sorts – between Haydn and Handel … and in the process, with this group of parishes.

Canon John Armour Haydn (1845-1920) was the Rector of Nantenan, between Askeaton and Rathkeale, Co Limerick, and was successively a canon, the Treasurer and the Chancellor of Saint Mary’s Cathedral, Limerick, and the Archdeacon of Limerick.

Haydn and his family are commemorated by a mural on the west wall of the cathedral. Dean Maurice Talbot, in The Monuments of St Mary’s Cathedral, says Haydn ‘was the mainstay for 40 years in the cathedral.’ He was the first secretary of the Friends of Saint Mary’s, and his whole family were ‘dedicated to Saint Mary’s and lived for its worship and its music.’

I have no idea whether this Haydn was related in any way to the Austrian composer Joseph Haydn (1732-1809). But John Haydn was a skilled musician and composed some church services and anthems. He also designed and made the pine cover for the ancient font in the cathedral. He died on 21 May 1920, and was buried with his wife in the cathedral churchyard.

John Haydn gave £4,000 – a substantial sum over 100 years ago – in gifts to the cathedral, including a substantial gift for the choir. He was also a keen campanologist and was ‘always at his ‘Sally’ mornings and evening, on Sundays.’

Without a curate in Nantenan, it is difficult to imagine how Haydn could devote so much time to the life and music of Saint Mary’s Cathedral, and still attend to his parochial and pastoral duties in Nantenan, where he was the rector for quarter of a century. Many of his parishioners in Nantenan were the descendants of Palatine families, religious refugees who settled in West Limerick in the early 18th century. Dean Talbot recalls that ‘he is perhaps the last priest who buried with its owner a German Bible.’ 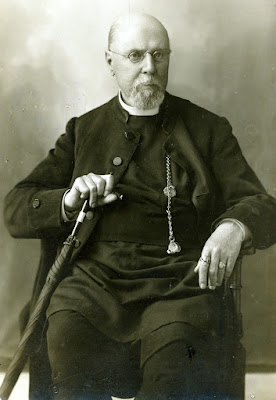 A previously hidden 19th-century source documenting the story of the renovation of the cathedral in 1859-1863, is now in the Representative Church Body (RCB) Library in Dublin. Ms 1048 was assembled by John Armour Haydn to record how his predecessors raised funds and awareness of the cathedral.

The title page of this volume contains an explanatory ‘preliminary statement’ revealing why the mid-19th century restoration works were required in 1859, and the volume is a window on hidden history detailing the causes of the restoration and conservation. A detailed analysis of the Haydn volume was carried out at the RCB Library by Matthieu Isbell, a first-class honours graduate of Trinity College Dublin, who spent a two-month intern placement at the library.

Haydn’s son, Thomas James Armour Handel Haydn (1874-1892), was the assistant organist in Saint Mary’s Cathedral, and a scholar of the Royal College of Music, London. Another son, John Armour Haydn (1881-1957), who worked with Guinnesses, was secretary of the cathedral vestry from at least the 1930s, wrote a visitors’ guidebook in 1950 and a booklet on the 15th-century misericords, and presented a frontal press to the cathedral in 1947.

I also came across the name Handel in another cathedral monument too. Because of the current work on the new west porch in the cathedral, a number of monuments at the west end of the cathedral are screened by display boards.

However, close to the Glentworth Chapel, I caught a glimpse of the plaque that is ‘in loving memory of George Frederick Handel Rogers, born 7th September 1807, died 12th January 1892. For fifty years organist, thirty years vicar choral, of this cathedral. Also of Frances Phillips, his wife …’

Despite this monument in the cathedral, George Frederick Handel Rogers (1807-1892) and his wife Frances are actually buried in Saint Munchin’s churchyard in Limerick.

I cannot connect Rogers with the family of the German composer George Frideric Handel (1685-1759), no more than I can connect John Haydn and Joseph Haydn. In my imagination, I think, perhaps, the connection is even less tenuous than that between Brahms and Liszt. But, as the Precentor, I am supposed to take a particular interest in the music of the cathedral. 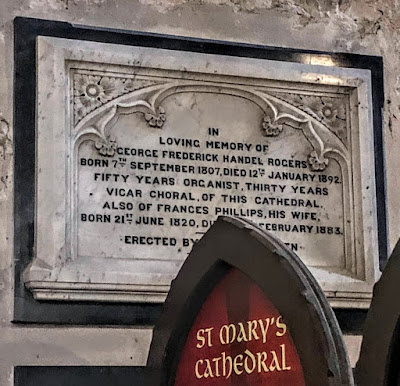