Strolling through the churchyard
beside the old church in Nantenan 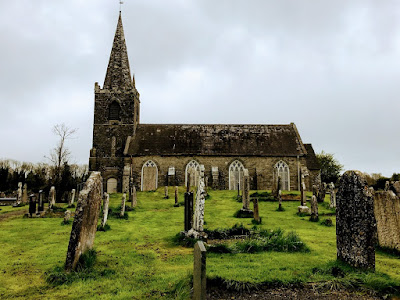 On my journeys around these parishes, I sometimes stop to visit churches that were once open in the Rathkeale and Kilnaughtin Group of parishes.

Last Sunday afternoon, on my way from Tarbert to Rathkeale, I stopped to visit the ruined church in Shangolden and the surrounding churchyard. Half-way between Askeaton and Rathkeale, Saint James’s Church in Nantenan still stands out in the landscape as an elegant building, although it has been closed since 1972.

Like the church in Shanagolden, Saint James’s Church in Nantenan was also linked with the Precentors of Saint Mary’s Cathedral, Limerick, so it seems appropriate that this church is within my parochial boundaries.

At one time, there was a spacious green near the church, and fairs were held on the green on 10 July, 5 August and 12 November. Near the Green a well dedicated to Saint James was enclosed by ancient massive stone walls.

According to the historian of this area, Westropp, there was a church here in 1500. According to another local historian Harry Gillard, there were three different church buildings on the present site.

Very little is known of the first church. The church that was standing in 1500 is said to have been small with a thatched roof. Local people used to say that it was destroyed by fire and that part of its foundation wall can still be seen. 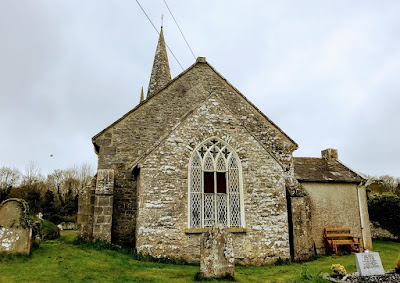 It was another two centuries before the next church was built at Nantenan. The present church was built early in 1817-1821, and a tablet on the wall in the porch reads ‘Enter into the courts of the Lord, Anno Domine 1821.’

The Board of First Fruits granted a loan of £800 towards building a new parish church, which was built or rebuilt the Early English style on the site of an earlier church. The architect’s name is unknown. In 1852, the interior was remodelled, with Joseph Welland, giving it is present appearance, while retaining the west tower. 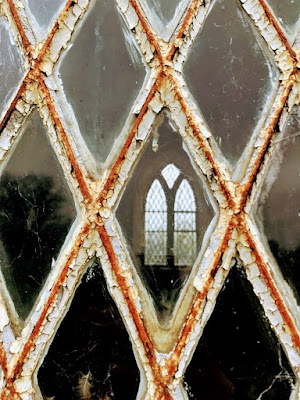 The church is built in the Early English style, and many of the original features and materials survive, including the slate roof and the limestone copings. The church includes a four-bay nave, a chancel at the east end, a vestry to the north and a three-stage, square, embattled tower to the west, surmounted by an octagonal spire, and there is a lean-to at the north side. The tower is enhanced by the finely carved, decorative pinnacles and crenellations.

There are pointed arch openings throughout the building, tripartite Y-tracery quarry glazed windows and lancet openings to the nave, west elevation and tower.

The detailed features of the church illustrate high quality craftsmanship. This can be seen particularly in the ornate timber windows, the stone dressings and the carved entrance piers. 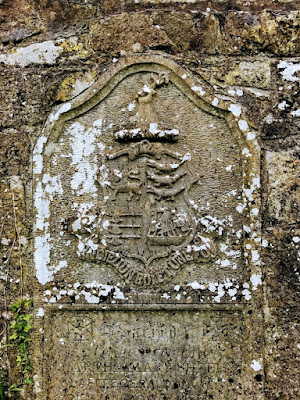 Heraldic details on a gravestone in the churchyard at Nantenan (Photograph: Patrick Comerford, 2017)

There was once a parochial school with about 30 children, and it supported mainly by Lord Southwell and the rector.

The sexton’s house to the south, the carved headstones in the surrounding churchyard, many with heraldic details, and the barrel-vaulted tombs contribute to making this an interesting site.

The graves include those of Church of Ireland and Roman Catholic families in the parish, as well as some of the original Palatine families. Headstones of note include one in memory of the Revd Thomas Royce of Nantenan House, who died in 1747, aged 43, and a headstone dating from 10 July 1777, in memory of John Welesh, aged 22 years.

Nantenan was a rectory and perpetual curacy in the Diocese of Limerick. The rectory was united from an early date with the rectories and vicarages of Kilfenny and Loughill, the rectories of Shanagolden, Knocknegaul, and Dromdeely, and the vicarage of Morgans. They formed the corps of the Precentorship of Saint Mary’s Cathedral, Limerick.

Because the Precentors of Limerick were the Rectors of Nantenan until the disestablishment of the Church of Ireland, the church in Nantenan was served by curates and perpetual curates or vicars until 1873, when the Revd John Armour Haydn was appointed Rector of Nantenan.

In 1918, Nantenan was united with Rathkeale parish, and they were both united with Ballingarry and Rathronan in 1958. The church was in use until it closed in 1972. 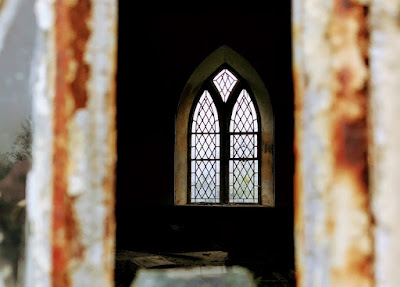 Until disestablishment, the Precentors of Limerick were also the Rectors of Nantenan (Photograph: Patrick Comerford, 2017)