Praying with USPG and the music of
Vaughan Williams: Sunday 14 August 2022

Today is the Ninth Sunday after Trinity. Later this morning, I plan to attend the Parish Eucharist in the Church of Saint Mary and Saint Giles, Stony Stratford. 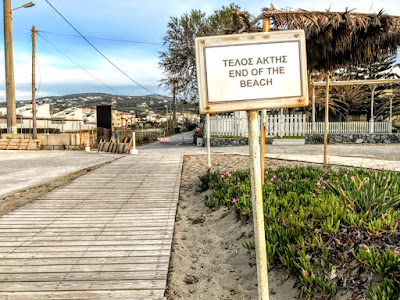 ‘End of the beach’ at Platanias in Rethymnon … but do we know how to read the signs of the end of the times? (see Luke 12: 54-56) (Photograph: Patrick Comerford)

54 He also said to the crowds, ‘When you see a cloud rising in the west, you immediately say, “It is going to rain”; and so it happens. 55 And when you see the south wind blowing, you say, “There will be scorching heat”; and it happens. 56 You hypocrites! You know how to interpret the appearance of earth and sky, but why do you not know how to interpret the present time?’

Today’s reflection: ‘The Song of the Tree of Life’

I first heard ‘The Song of the Tree of Life’ on Begone Dull Care (Lammas Records, LAMM 107D), a recording by the choristers of Lichfield Cathedral, directed by Andrew Lumsden, then sub-organist at Lichfield Cathedral and since 2002 the Organist and Director of Music of Winchester Cathedral Choir, and accompanied on the organ by Robert Sharpe, now the Director of Music at York Minister.

Of course, Vaughan Williams was a direct descendant, through his mother, of Erasmus Darwin (1731-1802), who lived in the Cathedral Close in Lichfield.

This recording by the choristers of Lichfield Cathedral was made in June 1998 in Hawkesyard Priory, Armitage, near Rugeley and six miles north-west of Lichfield. This is one of the architectural gems of Staffordshire and was built in the late 19th century by Josiah Spode IV (1823-1893), who was also a keen organist. Spode House later became a Dominican Priory, and the church was built between 1896 and 1914 for the Dominicans by the architect Edward Goldie.

I knew the place well in my late teens and early 20s, when the Folk Masses in the priory chapel were popular with many of my friends from Rugeley, Brereton and Lichfield. It was the early 1970s, and at that age I enjoyed the music of English folk rock bands such as Steeleye Span, Pentangle, Fairport Convention, Lindisfarne and Jethro Thull. Their music provided an interesting bridge to both the music of Vaughan Williams, which I was introduced to in rural Shropshire, and the Folk Masses at Spode House, which had become a popular venue in rural Staffordshire for retreats, short courses on church music, theatrical groups, youth organisations, prayer and reflection.

The friars included Father Donald Proudman, who had died before I ever got to know the place; the saintly and philosophical Father Columba Ryan (1916-2009), who was immersed in the history of the house, who was a CND supporter until his dying days, and whose father was the last British dragoman in Constantinople; and Father Conrad Pepler (1908-1993), the founding warden, who we did not know had provided a Roman Catholic funeral in Cambridge for the philosopher Ludwig Wittgenstein.

The monastery and the conference centre closed when the last Dominicans moved out in 1988. The place became a nursing home and the hall fell into disrepair and was boarded up until 1999, when the hall was bought by the Whorton family who were determined to return the building and the estate to its former glory. The transformation of the Hall and outer buildings was completed in 2007, and the estate includes Hawkesyard Hall, Saint Thomas’s Priory Golf Club, Armitage Park conference and events centre, and the home of the Wolseley National Car Rally. The Priory Church is now used on Sundays by an Old Catholic group.

At a lengthy lunch in Lichfield some years ago, some of us recalled so many of our friends who loved going to Hawkesyard for the folk masses and the extended Sunday afternoons that inevitably followed. There were six underground tunnels at Hawkesyard, built to allow the estate workers to move quickly around the area, and we were convinced that two tunnels lead to Lichfield and Armitage. But was I really the one who was so fearless to lead a group of us through those unexplored tunnels and vaults? And are the tunnels still there?

This morning’s song by Vaughan Williams, ‘The Song of the Tree of Life,’ is a revised version of one of the songs from his setting of John Bunyan’s The Pilgrim’s Progress as an opera.

Yesterday, as I was reflecting on ‘He who would valiant be,’ I mentioned how, from his childhood, Vaughan Williams had been attracted to the sturdy and simple prose of John Bunyan, with its sincerity and spiritual intensity. Vaughan Williams described his Pilgrim’s Progress as a ‘Morality’ rather than an opera, although he intended the work to be performed on stage rather than in a church or cathedral.

The opera, which includes 41 individual singing roles, was first performed at the Royal Opera House, Covent Garden, on 26 April 1951, conducted by Leonard Hancock and directed by Nevill Coghill.

He prepared the libretto, with interpolations from the Bible and also text from his second wife, Ursula Wood. His changes to the story included altering the name of the central character from Christian to Pilgrim.

Vaughan Williams adapted the words of ‘The Song of the Tree of Life’ from Revelation 2, and they say:

In these words, the author of Revelation, Bunyan, and Vaughan Williams link the death on the Cross with the Tree of the Life, the Crucifixion outside Jerusalem with the hope for the New Jerusalem.

In The Pilgrim’s Progress, we find a return to the idea of a spiritual journey that also attracted Vaughan Williams to Walt Whitman in A Sea Symphony. His music to Bunyan has a moving restraint, an inner spirituality, a strength and a conviction that show the composer gripped by the text and responding in an inspired and ecstatic fashion.

Vaughan Williams is generally said to have been an atheist or an agnostic. But if this song shows where Vaughan Williams placed his hope how he trod the pilgrimage of life, then he shared in the hope for Easter that we should all be sharing in this season of Lent. 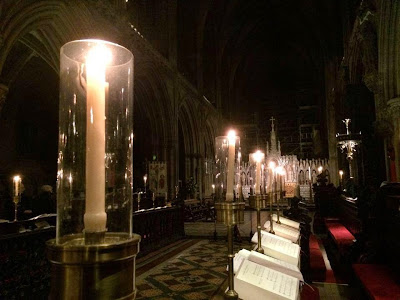 Almighty God,
who sent your Holy Spirit
to be the life and light of your Church:
open our hearts to the riches of your grace,
that we may bring forth the fruit of the Spirit
in love and joy and peace;
through Jesus Christ your Son our Lord,
who is alive and reigns with you,
in the unity of the Holy Spirit,
one God, now and for ever.

Gracious Father,
revive your Church in our day,
and make her holy, strong and faithful,
for your glory’s sake
in Jesus Christ our Lord.

Holy Father,
who gathered us here around the table of your Son
to share this meal with the whole household of God:
in that new world where you reveal the fullness of your peace,
gather people of every race and language
to share in the eternal banquet of Jesus Christ our Lord.

The theme in the USPG prayer diary this week is ‘Human Trafficking in Durgapur.’ It is introduced today by Raja Moses, Project Co-ordinator of the Anti-Human Trafficking Project, Diocese of Durgapur, Church of North India, who writes:

Lord, we pray for your blessings and intervention in the areas of life where there is severe abuse of human beings by way of human trafficking, which is a type of modern-day slavery.

Father, we pray for the Anti-Human Trafficking Programme of our Diocese. We pray for those who lead the programme; that they would lead with wisdom and discernment. We pray for our mission-field workers who tirelessly work even sometimes at the cost of their own lives being threatened by human traffickers and anti-social elements in the areas where they work.

Lord may your protection be upon each of our field workers. May they who serve in the area of Anti-Human trafficking, come to know you and your love more personally. We pray for your provisions in the area of resources, both material and human. As we reach out to rescue and rehabilitate the women and children who are victims of human trafficking in places like Malda, North and South Dinajpur, we pray that your Holy Spirit would guide, protect and lead our Anti-Human Trafficking Team.

Lord of all,
May we uphold the dignity of all your children.
Let us be defenders of what is right
and friends to the dispossessed.