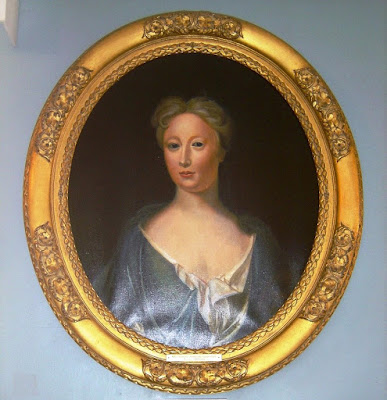 The widowed Elizabeth (“Tetty”) Jervis Porter married Samuel Johnson in 1735 – he was then 25 and she was 46 (Photograph: Patrick Comerford)

The Samuel Johnson Birthplace Museum in Lichfield is marking International Women’s Day and an exciting new addition to the collection with a special History Workshop this afternoon [5 March 2016], offering a glimpse into the life of women in Georgian Lichfield.

According to a report in the Lichfield Mercury last week, the workshop led by Sue Bray also promises a “sneak preview” of a beautiful portrait of Johnson’s step-daughter, Lucy Porter, before it goes on open display in the museum later this Spring. The portrait shows Lucy as a child and was recently loaned to the museum.

The museum curator, Jo Wilson, told the Lichfield Mercury: “We’ve chosen to focus on the women in Johnson’s world for this workshop as the start of a series of events to celebrate the arrival of this painting. We are thrilled to be able to include more on Lucy in the displays – she was very close to Johnson, but also an interesting figure in Lichfield’s history as she often helped in the Breadmarket Street shop, and had Redcourt House built later in her life.”

As well as Lucy Porter, the workshop will also look at Johnson’s wife, Elizabeth ‘Tetty’ Johnson (1689-1752), his mother Sarah (Ford) Johnson (1669-1759), the family servant Catherine Chambers (died 1767), known at Kitty, and the Lichfield poet Anna Seward (1742-1809). Joe Wilson says: “Sue’s knowledge and enthusiasm for our local history will make this an unmissable session.” 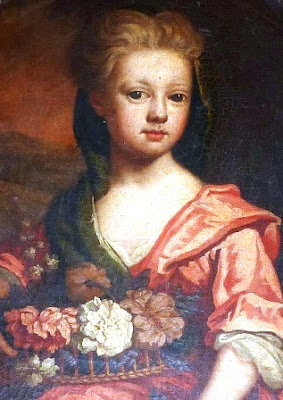 The portrait of Lucy Portrait ... a ‘sneak preview’ is offered today before it goes on display later in Spring (Photograph: Samuel Johnson Birthplace and Museum/Lichfield Mercury)

Thomas Macaulay described Johnson’s wife Tetty as “a short, fat, coarse woman, painted half an inch thick, dressed in gaudy colours, and fond of exhibiting provincial airs and graces.” Other largely negative and unsympathetic descriptions of Elizabeth come from the actor David Garrick, a former pupil of Johnson, and Johnson’s friend the actor and diarist Hester Thrale.

But Johnson was very fond of his wife. Born Elizabeth Jervis, Tetty first married Henry Porter (1691-1734) in 1715, and they became friends of Johnson in 1732. On first meeting him, she said to her daughter Lucy: “That is the most sensible man I ever met.”

They married in 1735 in Saint Werburgh’s Church, Derby. Her dowry of over £600 was invested in setting up Edial Hall, a private school at Edial, near Lichfield. After the school’s failure in 1737, Johnson moved to London, where she joined him later that year.

Although the couple went through difficult periods, their marriage was certainly tested throughout their life together, only to be proven at the very end that their love was infinite and true.

The inscription mistakenly gives the year of her death as 1753.

Some years after her death, he prayed in these words:

Almighty God, sanctify unto me the reflections and resolutions of this day. Let not my sorrow be unprofitable; let not my resolutions be in vain. Grant that my grief may produce true repentance, so that I may live and please thee … Grant me that the loss of my wife may teach me the true use of the blessings which are yet left me, and that however bereft of worldly comforts, I may find peace and refuge in thy service … May my affliction be sanctified, and that remembering how much every day brings me nearer to the grave, I may every day purify my mind and amend my life, by the assistance of thy Holy Spirit, till at last I shall be accepted by Thee, for Jesus sake. Amen.

Having before I went to bed composed the foregoing meditation and the following prayer, I tried to compose myself but slept unquietly. I rose, took tea, and prayed for resolution and perseverance. Thought on Tetty, dear poor Tetty, with my eyes full.

Johnson wrote an extended sermon for his wife, describing her vivacious character; although this was not published until after his death in 1788.

When Johnson died, he left Tetty’s wedding ring to his servant Francis Barber, who had the ring enamelled then gave it to his wife as a ring of mourning. This beautiful ring is on display in a small elegant box in the ‘London Life’ room in Samuel Johnson Birthplace and Museum in Lichfield.