Today is Father’s Day, today is the beginning of Ordinary Times in the Church Calendar, and later today three of our parishioners are being confirmed in Holy Trinity Church, Rathkeale.

Anything I can say in the wake of the latest tragedy is in danger of being crass, perhaps even being trite, in the face of so much suffering and loss, shock and grief, that are giving rise to a heady mixture of fear, frustration and anger.

There needs to be clear and compassionate leadership from politicians, and there is a clear need for accountability. There are people who suffering and grieving who need closure and compassion. But they do not know who has died, and they are not getting answers they need and their dignity demands.

I feel angry when I think that many of these people may not be getting answers because in a rich borough like Kensington they are on the margins: refugees, immigrants, single parent families, members of ethnic minorities.

What happened in the early hours of Wednesday was not an accident. It was caused by political decisions, by spending decisions, by budgetary decisions. Some people decided that on aesthetic grounds it was more important to make these people less visible because they were judged to be less important than other people who lived in the area, they could be hidden behind cheap cladding.

This was compounded by inadequate sprinklers and fire alarms. This too, for these people, must now seem like a form of terrorism, albeit economic terrorism.

Many more people who have been housed in tower blocks now live in fear. But the same fears must haunt people working in and using public service buildings, hospitals and office blocks.

But none of this is without hope. A tight-knit community has been brought together. Those who might too easily have been dismissed as too rich to care have joined everyone else in the area with abundant generosity.

In the wake of the recent attacks in Manchester and London, there is a sombre national mood in Britain this weekend. But people of faith – in churches, synagogues and mosques – have shown that love and hope are at the heart of our faith systems.

I am inspired by those people who show in such practical ways that hope overcomes fear, that faith expresses our humanity despite the efforts to divide and marginalise, that love triumphs over apparent neglect, that light overcomes darkness.

These are extraordinary times indeed. But we have moved into Ordinary Time, the time in the Church Calendar from Trinity Sunday until the beginning of Advent.

Ordinary Time is the longest time in the Church year, and has few significant events; it has a kind of ordinariness that other seasons lack. There are no narrative high points, no showy colours or costumes, not even a signature hymn or two. We enter, as the poet TS Eliot says in Burnt Norton, ‘at the still point’:

Burnt Norton, the first of Eliot’s Four Quartets, is a poem of early summer, air and grace. For Eliot, it is in the movement of time that brief moments of eternity are caught. The revelation of God in Christ is at the intersection between eternity and time. Life can be very ordinary. But life and time, in their ordinary ways, are worth celebrating, time after time, in every ordinary life.

Ordinary Time lasts these ‘five and twenty Sundays’ or so, for five or six months – until the beginning of Advent. But as Meade Falkner reminds us, some extra-ordinary things happen in this season of ‘placid Sundays.’ We have the long days of summer, the harvest of wheat and fruit, summer holidays and the longest day of the year. For children, it is summer holiday time – time at the beach, time to travel, time to explore, and in all of those times, time to mature and time to grow.

Ordinary Time allows the Church to celebrate the ordinariness of life as summer moves into autumn and as we anticipate autumn moving into winter.

John Keble (1792-1866) captures some of the beauties of this season in our opening hymn this morning, New every morning (Irish Church Hymnal, No 59):

My second set of ideas this morning are about the Confirmations we are celebrating in Holy Trinity Church, Rathkeale, this afternoon.

There is a popular saying among theologians, especially Anglican theologians, that Confirmation is a rite in search of a theology.

But the meaning of Confirmation is found in our shared baptism, the foundation of every ministry, which is being affirmed and re-affirmed this afternoon by the three people who are being presented to Bishop Kenneth Kearon for confirmation.

One of these is an adult, two are in their teens, and so for these three it is not a mere rite of passage, or something added on because we forgot to do it at their Baptism. It is a clear, adult decision by these three people to own for themselves the promises made at Baptism on their own behalf and to respond to the call of Christ.

Like Bishops, Priest and Deacons, lay people too have a valid and validated ministry in the Church. We were reminded of the ministry of each and every member of the Church in the discussions at the Ministry Day for this diocese in Glenstal Abbey yesterday [17 June 2017].

Our common, shared baptism is the beginning of every ministry in the Church. We are all ordinary people before God, sharing in common that we are created in his image and likeness, joined in our Baptism in the Body of Christ, and at our Confirmation enabled and empowered by the Holy Spirit to say ‘Amen’ to Christ present in the sacrament and ‘Amen’ to Christ present in the body of the Church, in each and every one of us, each and every ordinary one of us.

The Twelve Apostles in two sets of icons in the tiny Church of the Twelve Apostles on the island of Gramvousa off the north-west coast of Crete (Photographs: Patrick Comerford, 2016; click on images for full-screen view)

So, how do we draw these disparate ideas together and make connections with this morning’s Gospel reading?

And to answer their plight, to carry out his mission, he chooses 12 disciples, 12 ordinary people, with ordinary backgrounds and careers: Peter, who denies him three times; Andrew his brother, a fisherman; James and John, ‘Mammy’s boys’ who jockey for position, unsure of what the Kingdom of God is about; Philip, who could easily turn away Greek-speaking Gentiles; Matthew, despised as a tax collector; Thomas who doubts him; Judas who betrays him … [see Matthew 10: 2-4].

In our ordinary everyday lives, Christ calls us to follow him, not for our own self-satisfying feeling of being good, but to proclaim the Good News; not for our own advantage and enrichment, but because that is what the suffering world needs.

(Revd Canon Professor) Patrick Comerford is Priest-in-Charge in the Rathkeale and Kilnaughtin Group of Parishes. This sermon was prepared the First Sunday after Trinity, 18 June 2017. 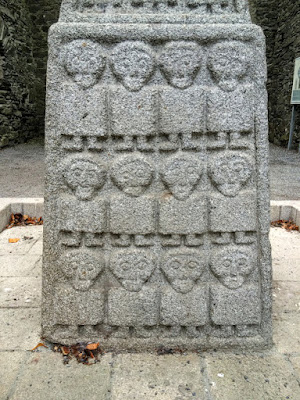 The Blessing (at Confirmation)

The God of all grace,
who called you to his eternal glory in Christ Jesus,
establish, strengthen and settle you in the faith;
and the blessing of God almighty,
the Father, the Son and the Holy Spirit,
be upon you and remain with you always. Amen. 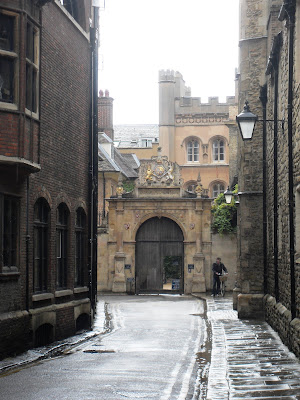