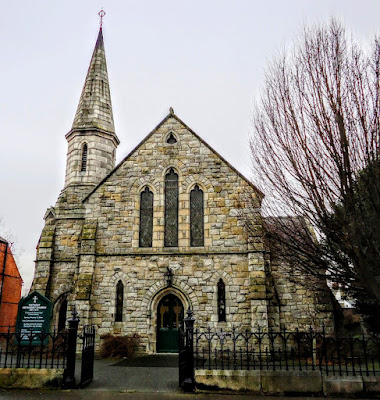 Today is All Saints’ Day (1 November 2021). Before the day gets busy, I am taking a little time this morning for prayer, reflection and reading. Each morning in the time in the Church Calendar known as Ordinary Time, I am reflecting in these ways: 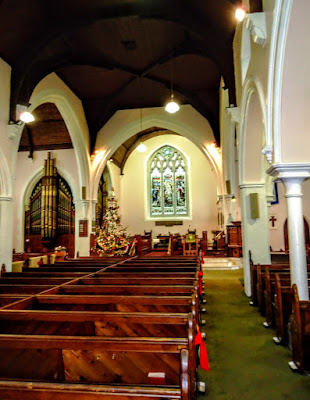 Rathgar Methodist Church at Brighton Road, Rathgar, Dublin, is one of the most beautiful Methodist churches in Ireland. I have preached here in the past and taken Sunday services when the Revd Vanessa Wyse-Jackson was the minister.

The church was designed in the Early English style in 1874 by Thomas Holbrook, who was active as an architect and surveyor in Dublin in the 1860s and 1870s. His other works include Charleston Road Methodist Church, Rathmines (1865), and Lucan Methodist Church (1867).

Holbrook was briefly in partnership with John Holmes in 1865 as Holmes & Holbrook, and with Frederick Darley in 1868 as Darley & Holbrook. After Darley died, Holbrook continued to work from 187 Brunswick Street. He died in 1880.

The foundation stone of the new church was laid in February 1874. The contractors were J&W Beckett, the estimated cost was £2,000, and the first of a series of opening services was held on 7 August 1874.

The hall, sexton’s house and manse were added to the complex five years later, and the building scheme was completed by 1893 with the addition of the church parlour and kitchen, the installation of the organ, the completion of the spire, and the erection of railings.

This work was designed by James John Phillips (1841-1936), a Cork-born architect, draughtsman and watercolourist who lived in Belfast. Phillips also designed the Methodist church at Letterbreen, Co Fermanagh (1884), and he became the preferred architect of the Methodist Church in many parts of Ireland, designing or altering at least 17 Methodist churches in Belfast and the neighbouring counties and two in Dublin. He died at the age of 94 at his home at 9 Marlborough Park, Belfast, in 1936.

Improvements in 1909, including ventilation, a new pulpit and electric lighting, were designed by the Dublin architect George Francis Beckett (1877-1961), and the church re-opened on 10 October 1909.

Beckett was the fourth son of the builder James Beckett. From early childhood, his only ambition was to be an architect. He was educated at Rathmines School, Dublin, before spending four years as a pupil of James Franklin Fuller. In 1897, he established an office at 97 Stephen’s Green.

Beckett designed several Methodist churches. He retired in 1950, but the partnership of Beckett & Harrington continued until about 1973.

The rapid development of Methodist work in the Rathgar area meant that by 1919 the church was proving too small for the number of people attending. An extension was proposed, including a war memorial and a war memorial window. This also included building the transepts, the choir chancel, the choir room and vestry, and enlarging the organ.

Richard Francis Caulfeild Orpen (1863-1938) designed the extension of church in 1924, with the addition of the transepts, choir, chancel, organ chamber, choir room and vestry, the enlargement of the organ and the erection of the war memorial window. Commemoration stones laid was laid on 20 September 1924 and the contractors were RE Mellon & Son.

The architect RFC Orpen was the eldest son of Arthur Herbert Orpen, a solicitor, and his wife, Anne, eldest daughter of the Right Revd Charles Caulfeild, Bishop of Nassau. The painter William Orpen (1878-1931) was the youngest of his three brothers. He was educated at Saint Columba’s College, Rathfarnham, and Trinity College Dublin.

Orpen spent four years as a pupil of Thomas Drew, and stayed on as managing assistant for a further seven years. He was active in the revival of the Architectural Association of Ireland, and he established his own practice at 22 Clare Street in 1888/1889.

Orpen adid a considerable amount of work ib the Church of Ireland. In 1910, he was appointed architect to Christ Church Cathedral in succession to Drew. He was also architect to Saint Patrick’s Cathedral, Dublin, Saint Canice’s Cathedral, Kilkenny, Trinity College Dublin and Saint Columba’s College. His commissions included war memorials and rebuilding country houses destroyed in the Irish War of Independence and Civil War, including Cappoquin House, Co Waterford (1927), for Sir John Keane.

He was a guardian of the National Gallery of Ireland; honorary secretary of the Municipal Gallery, first president of revived Architectural Association of Ireland (1896-1898) and President of the Royal Institute of Architects of Ireland (1914-16).

The War Memorial window, with three scenes of the Resurrection, was designed by Heaton, Butler and Bayne.

John Hubert Brown designed the renovations of the manse, hall and church in 1961, with the addition of kitchen and toilets in the hall. The contractor was S McConnell & Co. Like many other churches, Rathgar has been affected by people moving away from the area in recent years, and a decline in church attendance. But the congregation still has its vitality, the church is beautifully maintained and the premises are used by the wider community.

Rathgar National School on Rathgar Avenue is a co-educational primary school associated with Brighton Road Methodist Church. The first Methodist school in Rathgar opened in 1874 behind the church, with access from both Brighton Road and Garville Avenue.

The Rathgar National Schools were built on Rathgar Avenue in 1896. They were designed as two separate schools, one for boys and one the girls. The schools opened in August 1896, with 160 pupils. They amalgamated in 1971 and became co-educational.

Like many other churches, Rathgar Methodist Church has been affected by people moving away from the area in recent years, and a decline in church attendance. But the congregation still has its vitality, the church is beautifully maintained, and the premises are used by the wider community. 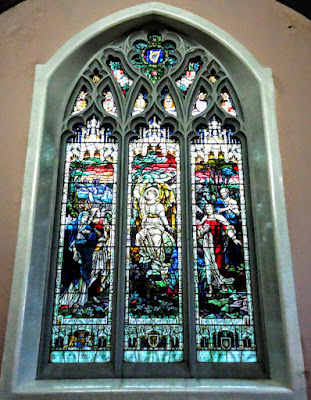 The War Memorial window, with three scenes of the Resurrection, was designed by Heaton, Butler and Bayne (Photograph: Patrick Comerford) 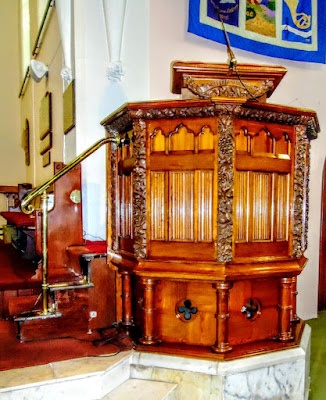 The Prayer in the USPG Prayer Diary today (1 November 2021) invites us to pray:

Let us give thanks for the lives and works of the saints and apostles. May we emulate the conviction of their beliefs and the righteousness of their actions. 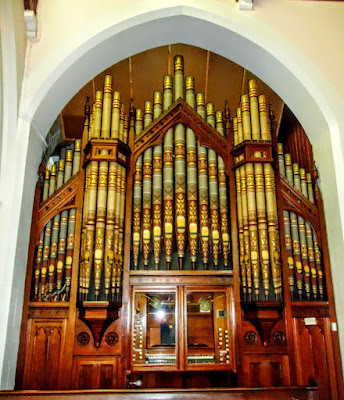 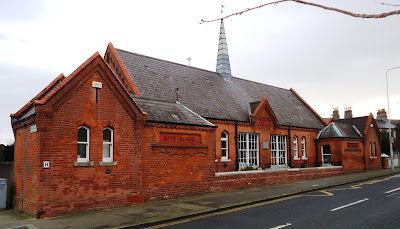 The Rathgar National Schools were built on Rathgar Avenue in 1896 (Photograph: Patrick Comerford)